Barcelona will be forced to pay Liverpool £4.5m if Bayern Munich win Champions League due to Philippe Coutinho transfer

BARCELONA will be forced to pay Liverpool £4.5million if Bayern Munich win the Champions League thanks to to Philippe Coutinho's 2018 transfer.

On Friday night, the LaLiga giants were utterly humiliated by their German rivals in an 8-2 drubbing. 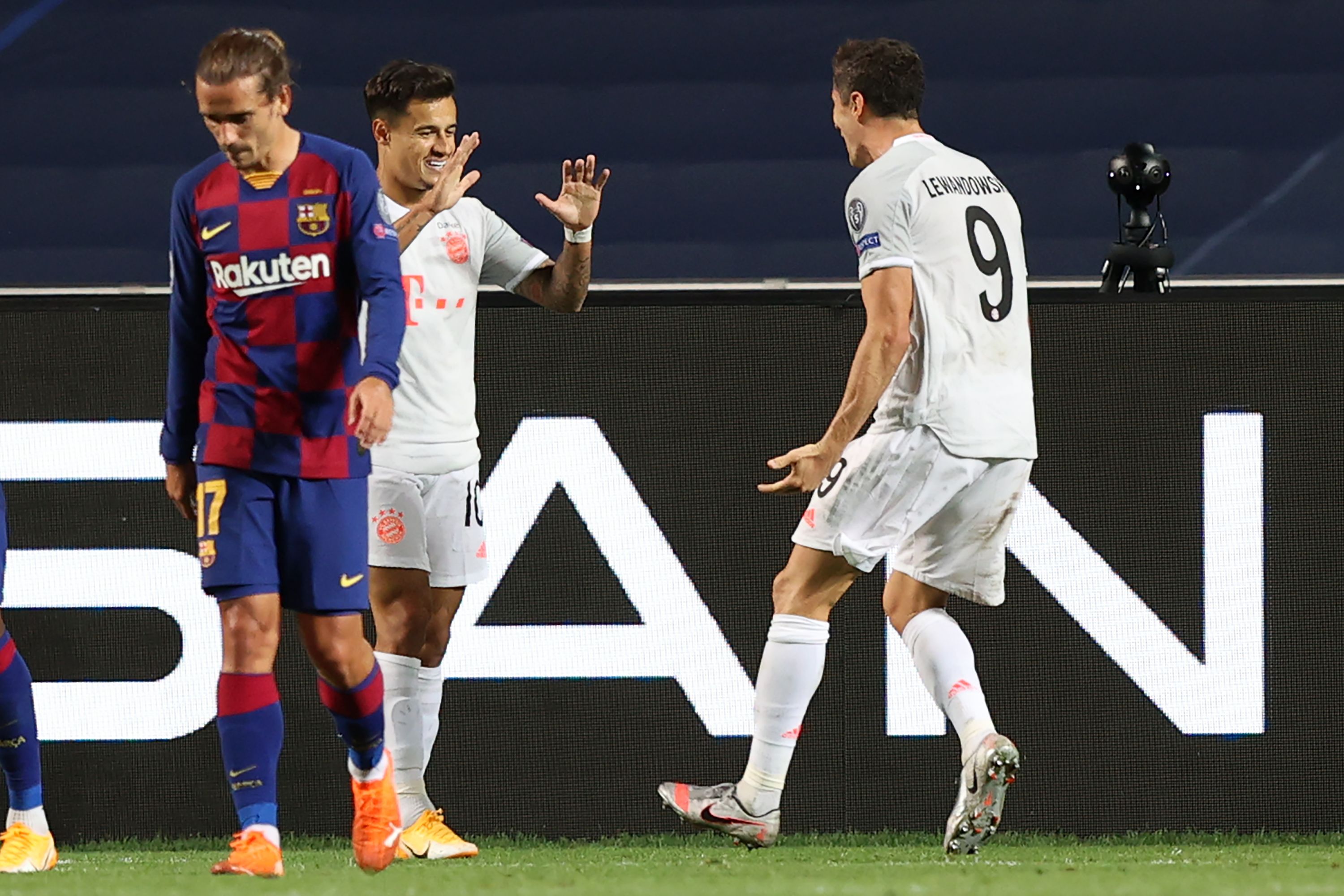 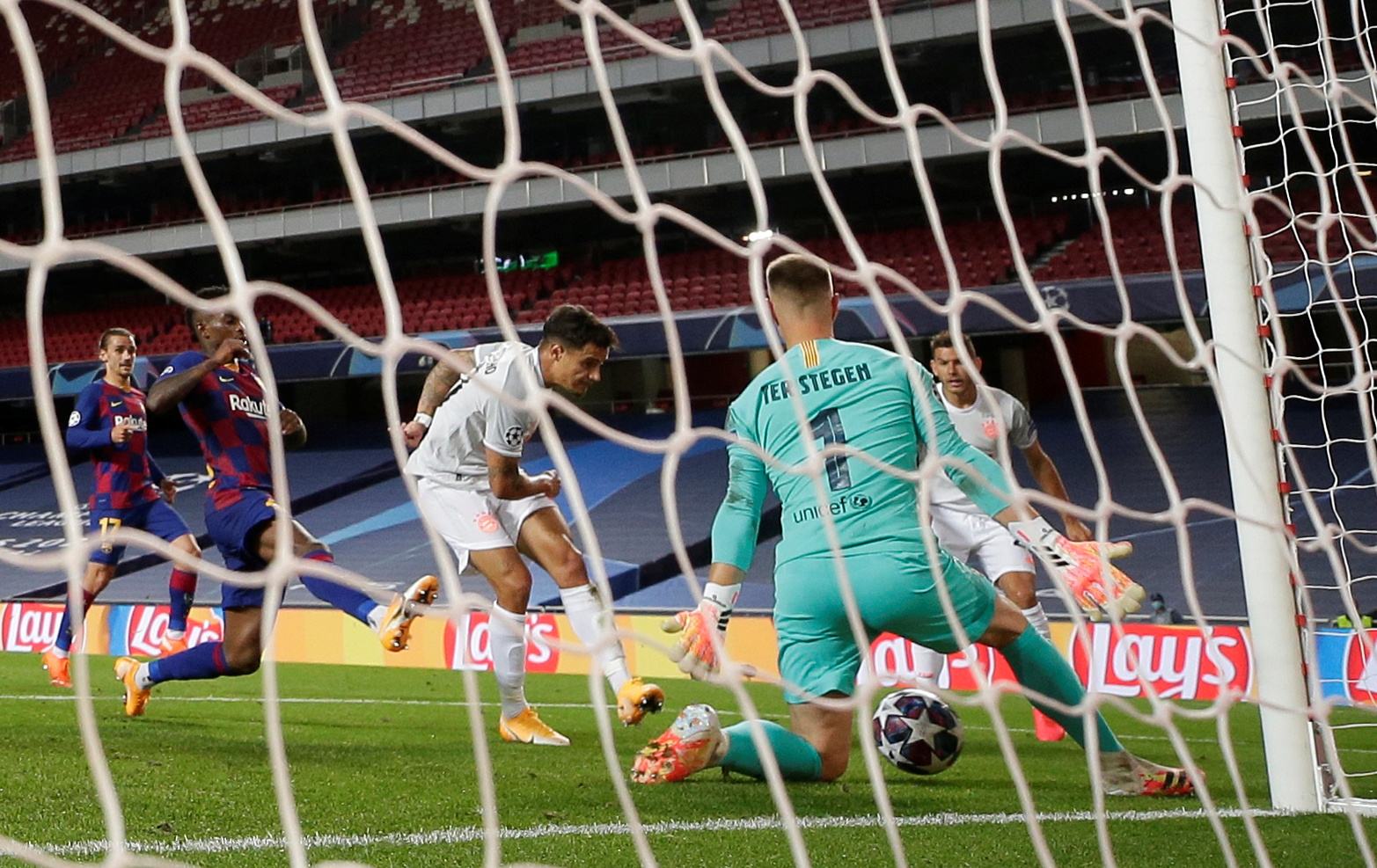 The defeat saw Barca go crashing out of the Champions League – and put Bayern just one game away from their first final since 2013.

And bizarrely, Bayern Munich could end up costing Barcelona more than just their Champions League place.

In January 2018, Barcelona broke the bank to sign Coutinho, 28, from Liverpool.

They paid the Reds a staggering £142million – and included a host of future incentives to tempt Jurgen Klopp into selling.

One of those add-ons sees Barcelona pay Liverpool £4.5m if Coutinho ever wins the Champions League while on the books of the Nou Camp.

But bizarrely, the deal never specified as to which club.

So, with Coutinho under contract at Barcelona – only on loan at Bayer Munich for the season – a Champions League win for the Bundesliga champions would hit Barca in the pocket. 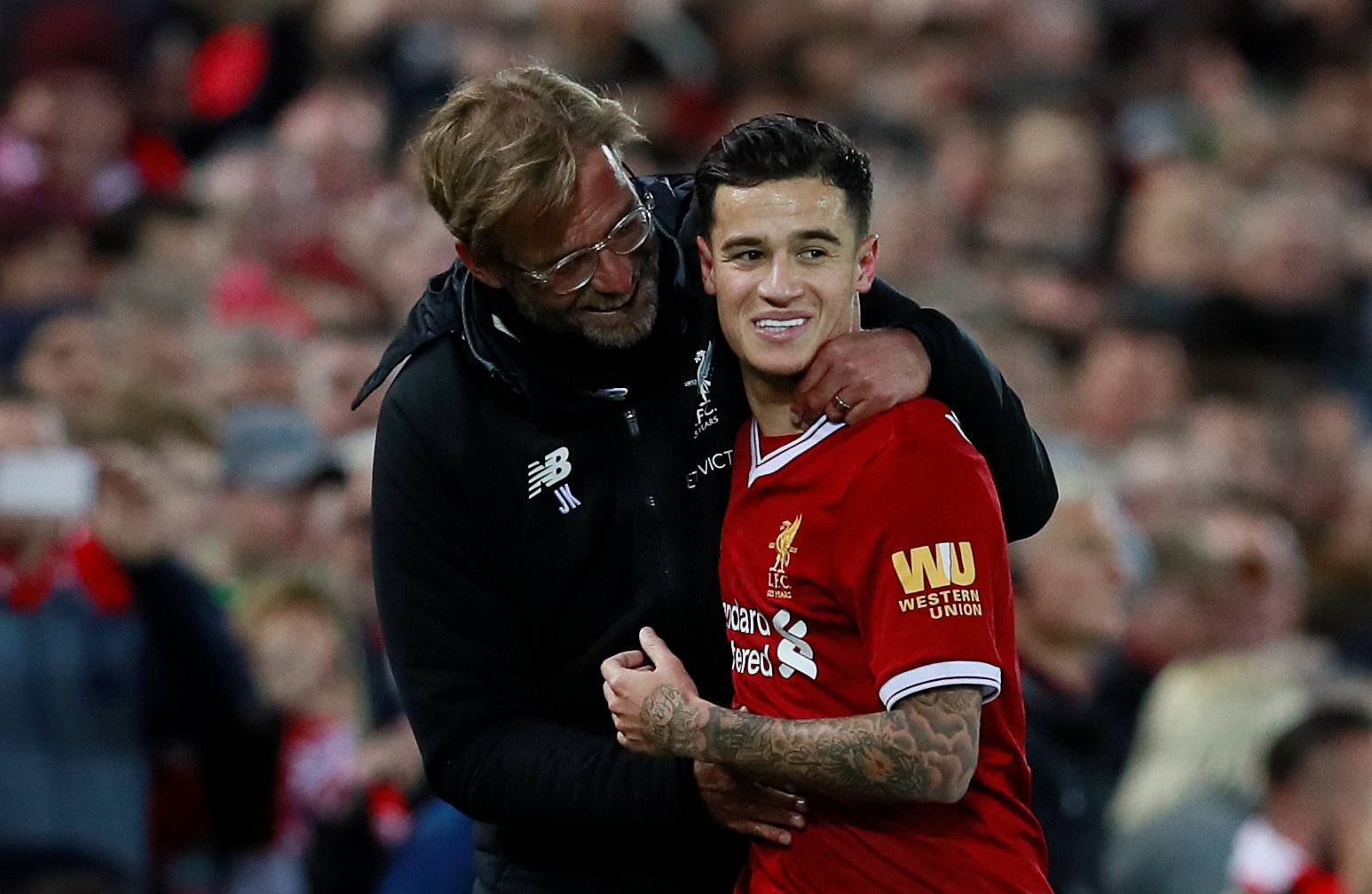 It really rubs salt in the wound of the heavy defeat – which has reportedly seen Quique Setien sacked, could see Lionel Messi quit in 2021 and sparked Gerard Pique into suggesting he could leave.

Coutinho, too, scored twice off the bench for the rampant Germans…

However, despite hitting Barcelona both financially and on the pitch, his agent, Kia Joorabchian, has revealed the "Little Magician" could stay at the Nou Camp next season, despite being linked with a host of Premier League clubs, including Chelsea and Arsenal.

Joorabchian told talkSPORT: "Once the Champions League has finished, whatever happens, we'll all sit down and talk.

"It could be that Barcelona is the ultimate destination.

“He loves the Premier League, but the finances and the numbers and the situation of Covid are going to play a big part.