Home » Lifestyle » Before it’s too late: How our family survived near-certain tragedy

Before it’s too late: How our family survived near-certain tragedy

After a happy Easter Sunday, Brendan Pratt, his wife Amanda Bews and their three teenage sons were all asleep in bed at their home in Wandin North, Victoria. In the early hours, Pratt was startled awake by a shrill beeping.

“It was not long after midnight and I thought it was the alarm clock going off by mistake,” he says. “Then I realised it was the smoke alarm.”

Pratt leaped out of bed. “By that point, there were flames coming through the gas heating ducts,” says Pratt. “Amanda and I yelled: ‘Everyone, get outside!’ and she dialled triple zero.”

A fire was burning in their home’s downstairs storage area and had spread far enough to trigger their upstairs smoke alarm. 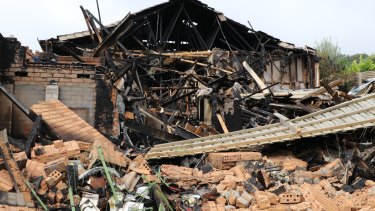 Once outside, Pratt couldn’t see his youngest son, James, 14. “I went running back to James’s room and his door was shut,” he says. Inside, James was fast asleep in a smoke-filled room. “There were flames coming up through the gas duct right next to his bed,” says Pratt.

The family safely evacuated, and firefighters responded with impressive speed. But despite their best efforts, it was too late to save the house. All Pratt and his family could do was watch their home and possessions be engulfed by the flames.

Pratt was astonished by how rapidly the blaze escalated.

“People say it happens fast, but I never realised how fast. I used to think: how do people die in house fires? Now I understand.” Many people are unaware how rapidly a house fire can turn lethal, says CFA Chief Officer Jason Heffernan.

“The reality is that a fire in a room escalates rapidly and produces toxic, heavy smoke, and the temperatures within that room rise swiftly… to those high hundreds of degrees Celsius,” he says.

While Pratt’s smoke alarms certainly saved the family’s lives – and met the Victorian legal requirements – a better system would have alerted them much sooner.

CFA and Fire Rescue Victoria (FRV) are urging Victorians to install smoke alarms in all bedrooms, hallways and living areas of their home. And for maximum protection, those smoke alarms should be interconnected.

Interconnected smoke alarms operate so that if a fire starts in one room, activating that room’s smoke alarm, all smoke alarms throughout the home will also sound, providing the best chance for the occupants to escape before being overcome by smoke.

“In most fire fatality situations, it’s the smoke that actually kills,” says Ken Block, FRV Fire Rescue Commissioner. “Smoke will render you unconscious very quickly, so you don’t have a lot of time to safely evacuate.”

Another common misconception about house fires is that they’ll wake you up. In fact, the opposite is true – as evidenced by James Pratt’s deep slumber in his smoke-filled room.

“Fire, particularly when you’re sleeping, is a silent killer,” says Heffernan. “The smoke generates carbon monoxide which puts you into the deepest sleep… to the point where you might not hear your first smoke alarm downstairs.

“And that’s the importance of interconnected alarms. They will alert you in time to escape.”

In the past decade, Victorian firefighters have responded to more than 32,000 residential fires across the state, with 60 per cent of fatal fires starting in bedrooms and living areas – mostly during the night. 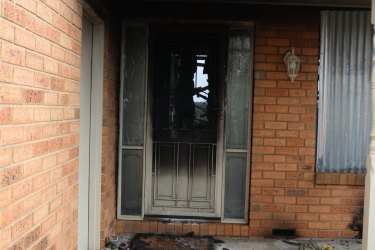 Yet a 2021 survey by Victoria’s fire services revealed just 19 percent of Victorians have smoke alarms in their bedrooms and around 38 per cent do not have a smoke alarm in any living room.

Please replace with: “Only working smoke alarms will save your life in the event of a fire,” says Block.

“Make sure you regularly test and clean your smoke alarms and replace all 9-volt batteries every year to ensure your family is protected.”

As Pratt and his family come to terms with their loss, they want to help spread the smoke alarm safety message to spare others from similar trauma.

“Smoke alarms saved our lives,” says Pratt, “but a better system would have had better outcomes.

For more information about home fire safety and smoke alarms, visit the CFA website at cfa.vic.gov.au/silenceisdeadly and the FRV website at frv.vic.gov.au/smoke-alarms.