Celebrities Who Got Tattoos for Love

“He does. I know a lot of his girlfriends often aren’t the biggest fans of that,” Flood exclusively told Us Weekly about her past romance with Stirrup that included her having a permanent mark on the Below Deck alum. “He says he’ll always keep it.”

Jack appeared during season 4 of Below Deck Med but Katie admitted that she didn’t immediately watch her ex-boyfriend’s run on the Bravo series. 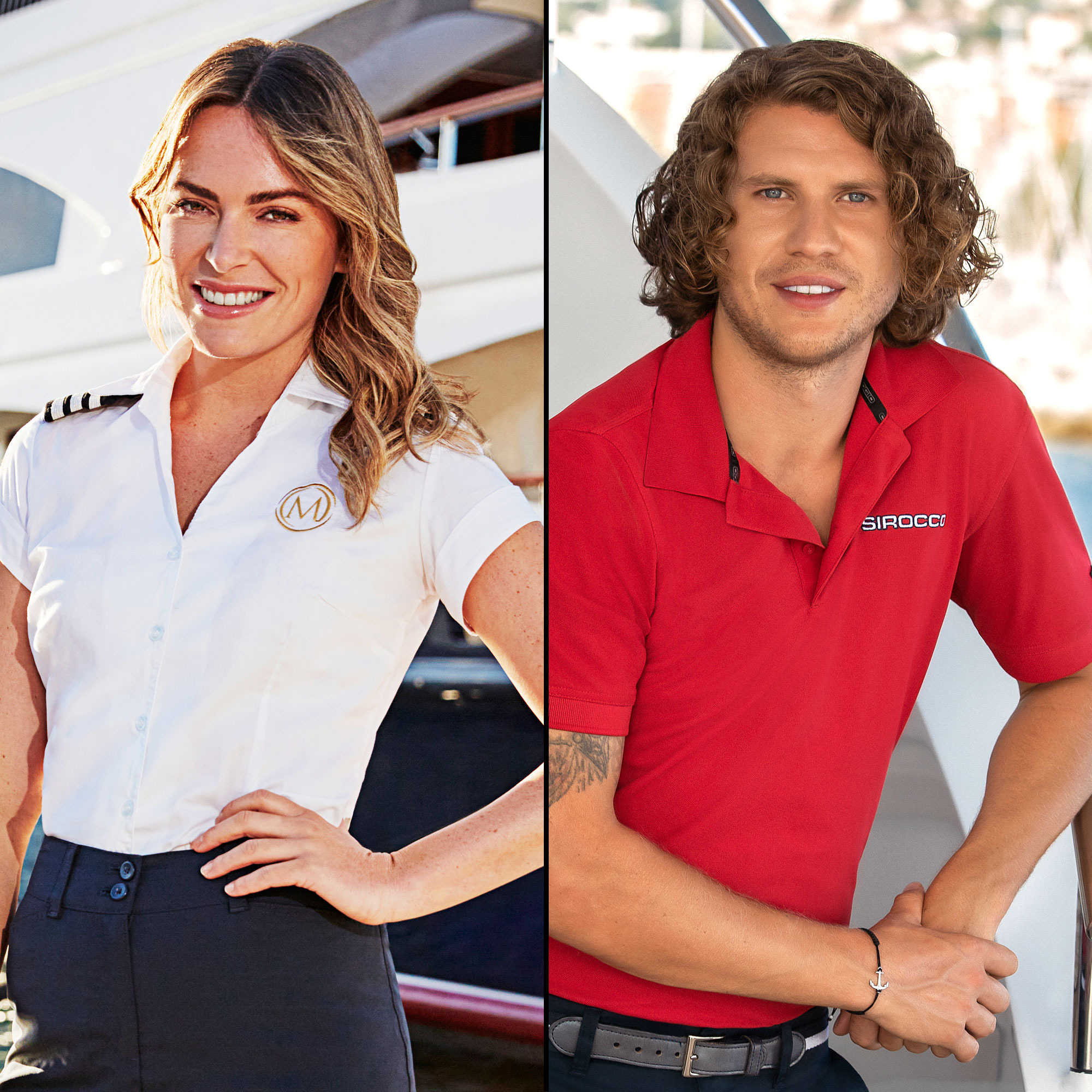 “I didn’t watch his season for a long time. When I found out he was doing Below Deck, I was kind of like, ‘Oh, what are you doing?’ You know, because he’s actually an engineer by trade. He’s not a deckhand. Which obviously comes across in the series,” she explained to Us.

When Katie watched Jack’s season, she was thrilled to see how true to life the deckhand’s time on the show was.

“When I did finally, like, watch the series, I really loved it. It’s exactly him to a tee, like it’s super goofy, super charming, you know? He just does what he wants to do. That’s Jack. So, it was really nice to see that he was exactly how he is in normal life,” she added.

‘Below Deck’ Cast Through the Years: A Guide to Who’s Dated Who

During season 4 of Below Deck Med, Jack started dating second stewardess Aesha Scott and the couple even left the boat together. Katie explained that she “didn’t really know” about Jack’s boat romance until after the end of the season.

“I think I asked him when he finished filming. We chat very randomly. We have a good relationship now and I was curious,” the chief stew clarified. “I just wanted, like, the gossip and I was like, ‘Okay, what did you do? Who did you hook up with?’ So he told me about Aesha and stuff like that. I did know he was with somebody before the show, but I didn’t know the extent of their relationship and sort of what happened after. It’s their business. It’s not mine.”

Although Aesha and Jack initially connected on the boat, the season 4 stew revealed that they fizzled out shortly after filming wrapped when he returned to London.

“We left the boat, and then he was like, ‘Oh, I really want you to come to London with me and meet my family.’ But then he’s like, ‘Don’t book a ticket ’til I’ve gone to this wedding, because we’ve got family staying, and it’s really busy, and I don’t know what date we’ll have a room for, but still come,’” Aesha discussed during the Below Deck Med After Show in September 2019.

The pair ended up calling it quits when Jack had a change of heart.

“To be honest, when I got home, I just thought it was a bit of a forced situation, and it wasn’t reality. I thought about it all and called it a day,” Jack shared during the Below Deck Med After Show at the time.

Aesha, who has since started dating new guy Scotty Dobbo, later confirmed that their former costar Travis Michalzik helped them work through their issues so they could remain friends.

While Aesha and Jack’s relationship has remained strictly platonic since, Katie admits that she wouldn’t rule anything out when it comes to her bond with the deckhand.

Below Deck Mediterranean’s Biggest Drama Through the Years

“I don’t know. Like people always ask me this question because everyone says I always speak so highly of him and that I still love him. I honestly, like, I do love the kid. I always will,” Katie told Us. “He was that one really deep love. … I don’t know if we could ever be together again. I have so much love for that kid and like, he is such a big part of my life and like he’ll always be in my heart.”

She added: “We always have a good time together. It will always be a laugh. But you never know. I haven’t seen Jack now in like a year and a half, maybe two years. But it was always nice. We do get along really well, so whatever happens, happens.

Below Deck Mediterranean airs on Bravo Mondays at 9 p.m. ET.