The loosely defined region of the North Atlantic Ocean has been at the centre of bizarre events dating back more than 500 years to when Christopher Columbus and the Santa Maria crew reported a sighting of unknown light. The vicinity of this so-called triangle is among the most heavily travelled shipping lanes in the world, with vessels frequently crossing through it for ports in the Americas, Europe and the Caribbean islands. Popular culture has attributed various disappearances to the paranormal or even some kind of colossal sea monster, but experts disregard these wild theories.

One aspect that had puzzled marine biologists for years was a number of strange markings spotted on creatures of the deep, but National Geographic’s ‘Sharks of the Bermuda Triangle’ revealed how the mystery unfolded.

The narrator said: “The Bermuda Triangle contains some of the deepest trenches in the world.

“The Puerto Rico Trench at the Triangle’s southern point reaches depths of over 27,000 feet.

“But Dr Austin Gallagher suspects that an elusive tiger shark called Mabel may frequent the Tongue of the Ocean – a steep underwater trench less than a mile away from Rose Island. 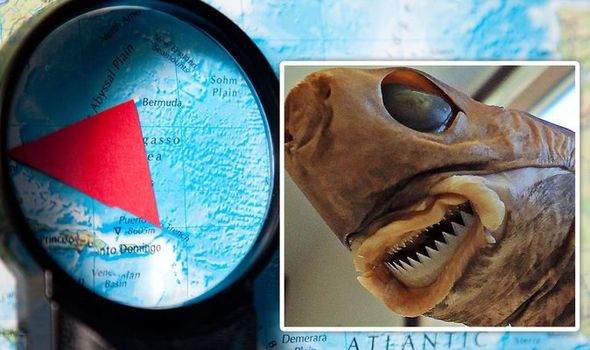 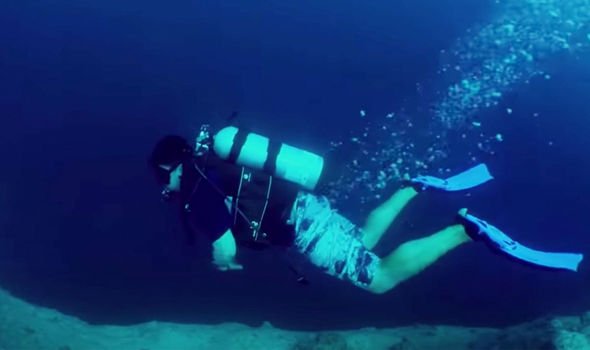 “The deepest branch of the Great Bahama Canyon, it’s named for its shape that’s like a tongue.”

The team had been tracking the shark for some time in the hope of making a breakthrough over the strange markings.

Dr Gallagher said: “The Tongue of the Ocean drops off steeply just half-a-mile or so offshore.

“It goes from about 30 feet to 300 to thousands really quickly.

“We really have no idea what’s going on down in the deep trenches here. 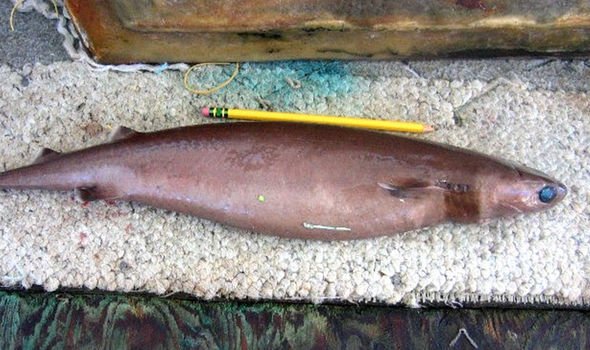 “Anything could be happening in the deep sea, it’s one of the final frontiers of human exploration, even more, interesting than exploring space.”

Underwater cinematographer Joe Romeiro detailed why the area had gained interest among researchers.

He said: “Animals of all sorts can live within this trench.

“It seems like there are reports of all kinds of different creatures living here. 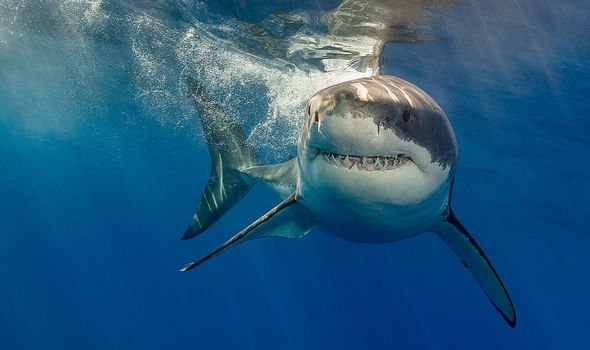 And the narrator revealed how the team made a breakthrough.

He said: “Once thought to be a barren zone with few lifeforms able to sustain themselves without the Sun’s light, marine biologists have discovered that the deep waters of the Bermuda Triangle are home to other sharks.

“Among the shark population in the depths, one small shark stands out for its audacious attacks.

“The cookiecutter shark is a terrifying shark with a deceptively sweet name. 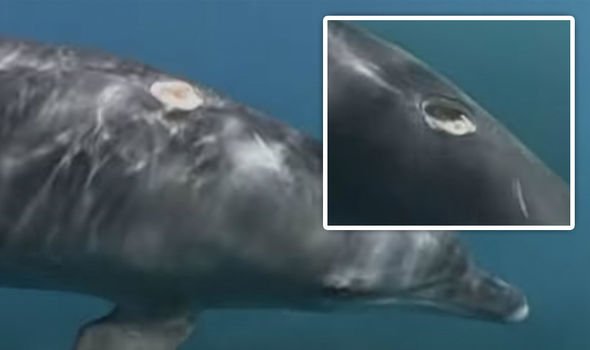 The species of small squaliform shark of the Dalatiidae family lives in warm, oceanic waters worldwide, particularly near islands.

The narrator added in August: “During the day it dwells in depths of over 3,000 feet, but at night it rises 2,000 feet to hunt.

“It only grows to 20 inches, yet it has the audacity to attack whales, tuna and even great white sharks.

“The proof is in the injuries it leaves on its victims – a hole with a shape like a cookie.”