'Bewitched': Was the Original Series Cursed?

A longtime rumor haunted the 1960s series Bewitched that the show was cursed because several of the cast died untimely deaths.

Snopes already dispelled the rumor that a mystical curse hung over the series. But a parade of actors on the series died, some at a younger age. Snopes listed the actors who died, their age, and their cause of death. Perhaps one reason why some fans believe the series was cursed was Alice Pearce (Gladys Kravitz) died two years into the series run at age 48 from ovarian cancer. Then, two years later, Marion Lorne (Aunt Clara) died at age 82 from a heart attack. More cast members died in the coming years after the series ended. Their deaths have led some fans to assume the show was cursed and the curse followed them post-production. 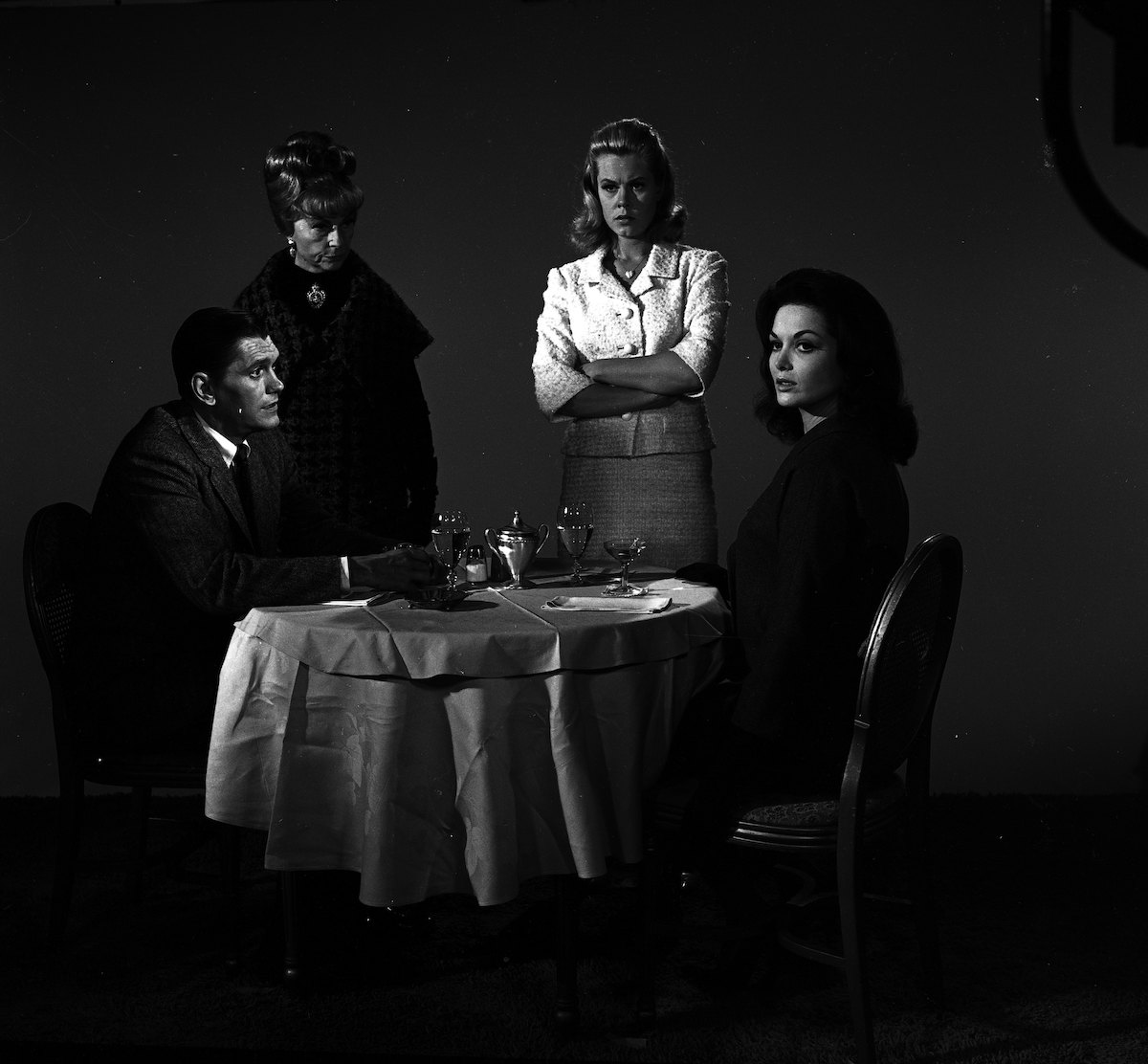 Another reason the “cursed” rumor continues to plague the series is that multiple actors who took over characters on the series also died. For instance, actor Sandra Gould took over the role of Gladys Kravitz after Pearce died. She died in 1999 at age 82 from complications following heart surgery.

Irene Vernon, who played Louise Tate did not die while she was on the series. She was replaced by Kasey Rogers after two seasons on the show. But both actors died after the series ended. Vernon died at age 76 from an “unspecified illness” in 1998. Rogers died in 2006 at age 80 from a stroke.

Both Darrin Stephens died too. Dick York, who was the original Darrin, fielded chronic health problems while working on the show. York was replaced by Dick Sargent in 1969. York died of emphysema in 1992 at age 63. Sargent remained in the role of Darrin until the series ended in 1972. He later died in 1994 at age 64 from prostate cancer.

None of the main ‘Bewitched’ characters are still alive – except one

In addition to Dick Sargent and Dick York, Elizabeth Montgomery, who played Samantha Stephens died after the series wrapped. Montgomery died in 1995 at age 62 from colorectal cancer.

Bewitched was Agnes Moorehead’s last role. She played Samantha’s nosey mother, Endora, and died in April 1974, during the final season of the show. She was 73 years old and died from uterine cancer. “If she hadn’t done Bewitched, she would still have continued on as a respected character actress, but with a popular series like that one, she was able to achieve something she always wanted: genuine stardom and becoming a household name,” author Charles Tranberg told Closer Weekly.

Other cast members who have died include Roy Roberts (Frank Stephens), who died the year after the series wrapped, George Tobias (Abner Kravitz) and Paul Lynde (Uncle Arthur). Lynde was a household name and comedic force. He died at age 55 of a heart attack in 1982.

One main character, Darrin and Samantha Stephen’s “daughter” Tabitha, actor Erin Murphy carries on the Bewitched legacy. Murphy recently celebrated her son’s graduation from high school. She also hinted that she was ready to get back into acting now that she has an empty nest. “Time for new headshots!” she shared on Instagram. “I always said I’d get back to the ‘biz’ when my kids were out of school. My youngest graduates high school next week.”