Home » Lifestyle » Biased against the Left or Right? The social media onslaught targeting the ABC

Biased against the Left or Right? The social media onslaught targeting the ABC 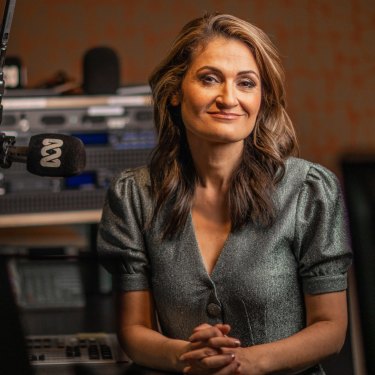 Off the charts: Following her interview with Labor deputy leader Richard Marles on Insiders on April 10, Patricia Karvelas was attracting more than 2400 tweets per hour, mostly hostile and from the Left.Credit:Scott McNaughton

At 8.30am on Sunday, April 16, a prolific tweeter who goes by the name “Yve” responded to an interview ABC journalist Fauziah Ibrahim had conducted with Labor frontbencher Jason Clare on the broadcaster’sWeekend Breakfast news program.

She accused the newsreader of “trying for her ‘gotcha’ moment” by returning to the Albanese gaffe that had dominated the first week of the election campaign. “How about Labor’s plans, Fauziah? No?”

Six minutes later Yve tweeted that Ibrahim “is not interested in their [the ALP’s] plans for the future, when this is what the election is actually about”.

By 9.47am, Yve noticed she had been added to a list on Ibrahim’s Twitter page headed “Labor Trolls/Thugs”. Naturally, she tweeted about it, thereby setting in train a series of events that would lead to the news presenter – who had been accused on Twitter of pro-Coalition bias since at least December 2021, following a contentious interview with Anthony Albanese – “taking a break” while ABC management reviewed her social media activity for possible breaches of the broadcaster’s guidelines – an offence that could, potentially, result in dismissal. 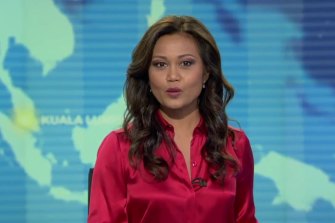 “I don’t want to see anyone lose their job,” says Yve, who lives in NSW and describes herself as an average middle-aged Australian woman who follows politics. “But Australia needs our national broadcaster to be impartial, intelligent and honest as an imperative part of our democracy.”

The criticism of Ibrahim highlighted a new phenomenon the ABC is being forced to contend with: a growing tendency among self-identified Labor supporters to target certain ABC journalists who they perceive as biased. After her contentious interview with the ALP’s Clare, Ibrahim was subjected to hundreds of tweets accusing her of being anti-Labor, some posted from accounts with tens of thousands of followers.

It’s a pattern that has become more and more common over the past couple of years, according to experts The Sydney Morning Herald and The Age spoke to.

Attacks on the ABC from the Right, however, are nothing new. According to Josh Bornstein, national head of employment law at Maurice Blackburn and briefly a contender for an ALP Senate seat in this election, undermining the public broadcaster has been “a joint venture of the Murdoch press and the conservative parties for decades”.

“They have repeatedly stacked the board, you have some extreme hostility raining down on the ABC, and it can’t have anything but a profound effect,” he said. 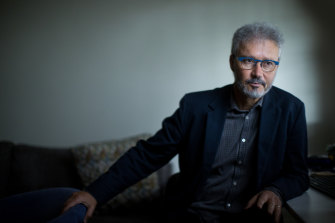 Josh Bornstein says he has had to pull back on commenting on Leigh Sales’ handling of interviews on 7.30 because of the hateful activity that coalesces around his tweets.Credit:Simon Schluter

Bornstein sees the transformation playing out not in terms of an abandonment of the notion of impartiality that is so crucial to the ABC’s performance, but rather in a shift of the understanding of what that impartiality looks like.

“The dial has been shifted,” he says. “They’re required to report impartially, but it’s this form of neutrality that has shifted significantly to the right.”

The conservative side of politics has been in power for almost a decade, and has been able to exert pressure on ABC decision-making and editorial policy via funding allocations and management roasting in Senate estimates, as well as through less formal channels like a call to the chair. The Left, on the other hand, has Twitter.

While the Right tends to target the ABC in its entirety (#defundtheabc) the Left tends to direct its fury at individual presenters. News Breakfast host Lisa Millar, former Q+A host Hamish Macdonald, Insiders host David Speers and 7.30 host Leigh Sales have all been targeted on Twitter and accused of pro-Coalition bias. So has the ubiquitous Stan Grant, while Virginia Trioli (ABC Radio Melbourne and Q+A), Patricia Karvelas (Radio National) and Fran Kelly (formerly Radio National Breakfast host) are among those who have been attacked by both sides for alleged bias.

The sheer volume of tweets can be overwhelming. According to a sample analysis run for this masthead by Dr Timothy Graham of the Queensland University of Technology, in the first four months of this year, an average of 120 tweets per hour were directed at Karvelas’ Twitter handle @PatsKarvelas.

On March 19, they averaged more than 1600 per hour, when the death of Labor Senator Kimberley Kitching dominated the conversation. On April 21 activity surpassed 1400 tweets per hour as Karvelas was accused by Labor Senator Doug Cameron of lacking “balance and integrity” in her rendering of the outcome of the first leaders’ debate. And on April 10, Karvelas was attracting a year-high of 2430 tweets per hour as attention swung to her interview with Labor deputy leader Richard Marles while she filled in as host of Insiders.

The activity is driven largely by accounts belonging to what Graham calls “hyperpartisan” players on the Left, but there is also a significant degree of activity from their counterparts on the Right. Both tend to “loosely coordinate” their activity, says Graham, around hashtags and by targeting key accounts “who will pay attention and give them a platform to boost their message into the media ecosystem”.

“It is somewhat similar to standard forms of online activism or ‘clicktivism’, where users will mobilise for a political cause [for example, #BlackLivesMatter or #MeToo],” he says. “Except in this case the targets of this mobilisation – ABC journalists such as Karvelas – perceive it as trolling and/or abuse.”

Graham notes that the Right has also targeted ABC journalists, typically using the #auspol hashtag, but in the past year or two “the Left has dominated Australian Twitter and the trending lists, so the activity by the Right is overshadowed by it”.

Millar, Sales and Macdonald have all quit Twitter as a result of the constant barrage of criticism they were subjected to, much of it alleging right-wing bias. And while some on the Left have accused the presenters of confusing valid criticism for trolling, many of the attacks – on the women in particular – were genuinely vile and threatening.

“I represent people who have been bullied, and if you get 2000 people screaming at you and abusing you, it’s a form of bullying,” says Bornstein.

Though he has issues with Sales’ work on 7.30, the lawyer claims he has begun to hold back because of the “horrible, abusive, misogynist” attacks that have sometimes coalesced around his tweets about her. And as Fauziah Ibrahim discovered, female journalists of colour are subjected to a particularly extreme form of abuse that seems to pay little heed to political lines.

“The abuse is off the charts, and Twitter’s algorithms give value to high emotion, conflict and pile-ons,” Bornstein adds. “That’s the fundamental problem with social media. People get pole-axed.”

While she believes the ABC’s coverage has shifted to the right, Victoria Fielding – a media lecturer at the University of Adelaide, a long-time ALP member and a prolific tweeter under the Queen Victoria (@Vic_Rollison) handle – takes issue with those who accuse Sales, Millar, Speers and even Fran Kelly “of being ‘Liberal plants’”.

The real problem, she believes, is journalistic, and twofold. First, there’s the tendency to use an opponent’s talking points in grilling interview subjects rather than hearing them out and grilling the substance of what they had to say.

The second is the way she believes questions are increasingly framed “from a right-wing perspective”.

The Murdoch media and right-wing think tank the Institute of Public Affairs have long led calls for the ABC to be defunded or privatised. And while you won’t see it trumpeted as policy in any election material, a motion supporting the privatisation of the ABC was passed by two-thirds of delegates at the Liberal Party’s annual council in 2018, and has not been revoked since. 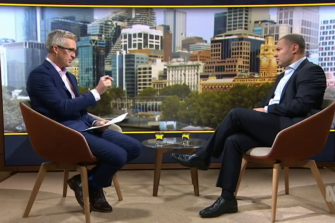 Many on Left Twitter see Insiders host David Speers as being too soft on Coalition ministers such as Josh Frydenberg and, by contrast, too hard on their Labor counterparts. Credit:ABC

It’s hard to know how widespread such support is – surveys consistently suggest the vast majority of Australians endorse and are satisfied with the ABC – but the attacks coupled with the cuts to funding (estimated in one paper published last week as amounting to $1.2 billion, in real terms, over a decade), coupled with the perceived shift to the right, may be undermining confidence on both sides of the political spectrum.

The ABC is one of the country’s most important cultural institutions, says Matthew Ricketson, professor of communication at Deakin University and co-author, with Patrick Mullins, of Who Needs the ABC?, and “we have every right to expect our institutions to be treated with respect”.

The fact it is coming under attack from “super-heated and hyperpartisan” players on the Left and the Right undermines our faith – and arguably its own faith – in its ability to provide a “bedrock of verified facts”.

“The ABC does a lot of great journalism,” Ricketson says. “But there is not much doubt in my mind that the intense political pressure, coupled with attacks from sections of the media, is taking a toll.

“This is having disastrous consequences,” he adds, “for the media’s vital role in a democracy.”