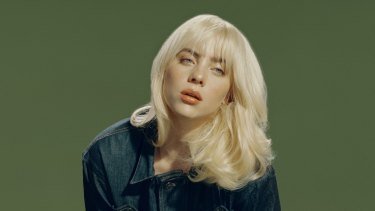 In the lead up to this release Billie Eilish seemed to be falling victim to the sophomore slump. Singles floundered on the charts, while changes like her new blonde locks and revealing clothing clogged headlines and angered fans. Eilish is also experimenting musically, with electro-pop aesthetics, juddering synths and inspiration drawn from jazz. Yet her output (recorded by her brother/producer Finneas) sounds more sombre than ever. Opener Getting Older grapples with her career, the weight of voyeuristic strangers (who’ve become stalkers) and the abuse she’s suffered, and this continues on closer Male Fantasy, a delicate acoustic manifesto on her complicated relationship with her public image. Sandwiched between are sultry songs and cheeky winks to the listener (I Didn’t Change My Number, Not My Responsibility and Overheated), where Eilish’s whispery lilt scalds her naysayers. Her focus on creating an album primarily a response to the haters creates a palpable awkwardness at times. Eilish is already among her generation’s most celebrated pop stars, and criticisms of her body, hair and attitude can’t change that. Maybe, soon, she’ll know that too. KISH LAL

Having dodged the hideous cover, a couple of oddly lacklustre tracks and finally a slightly weird mix, you start to reap the rewards. The mix, which compromises the music’s visceral edge by pushing the drums (especially the ride cymbal) too far behind the horns and piano, can’t disguise the collective brilliance of this collaboration between saxophonist Joe Lovano, trumpeter Dave Douglas, pianist Lawrence Fields, bassist Linda May Han Oh and drummer Joey Baron. Even when you find yourself thinking that it’s pretty standard jazz quintet fare, suddenly Oh plays a solo of such phenomenal beauty and invention ( as on Space Exploration or Sky Miles) that you can’t wait to hear it again. Then there’s Lovano’s sprawling tenor, with its uniquely hollowed-out sound, loping across the sizzling grooves, or Douglas’s trumpet slicing up a line, before reconciling it with all the aesthetic logic of a sonnet. Fields’ piano playing defies gravity like a dancer caught mid-air in freeze-frame, and Baron is forever compounding the melodic content, even as he propels the music forward. Perhaps with an edit and a remix, a slightly retro masterpiece was actually within reach. JOHN SHAND

Russia’s silver age of composition around the early 20th century was especially inspired by three composers: Stravinsky, Scriabin and Prokofiev, to be followed by the likes of Shostakovich and Rachmaninov (the last the focus of brilliant young Russian-American pianist Daniil Trifonov’s last two records). This wonderful double album features the first three: Stravinsky’s Serenade in A, Firebird Suite and Three Movements from Petrushka, Prokofiev’s Sarcasms, Piano Sonata 8, Gavotte and Piano Concerto 2 and Scriabin’s Piano Concerto. Valery Gergiev and the Mariinsky Orchestra provide characterful, idiomatic accompaniment in the two concertos. The pianism is superlative throughout, filled with urgency and excitement (Firebird), jauntily and expressively spiky (the Cinderella Gavotte), and dreamily mystical (Scriabin), and I doubt any living pianist can best Trifonov’s virtuosity. He conveys the full intensity of the fiendish Prokofiev concerto, just as he commands the witty, challenging Sarcasms. He has fingers of amazing dexterity and delicacy attached to wrists of steel, but also highly persuasive interpretive skills, and his clarity of articulation can seem supernatural. BARNEY ZWARTZ

Having made her name with ethereal electronica act One Dove in the early ’90s, the velvet-voiced Dot Allison has had a colourful, eclectic career, including collaborations with luminaries such as Scott Walker, Massive Attack and Mick Harvey. In its fragility and sparseness, this first solo album for over a decade reflects the Scottish singer’s move back to the more tranquil surrounds of her homeland after many years in London. It is an album of gossamer, quivering beauty: a ghostly, introspective psych-folk statement, encapsulated by the deliciously melancholic opener Long Exposure. With their piano, strings and a light percussive touch, these songs recall those of a grande dame of this sound: Vashti Bunyan, and her Max Richter-produced 2006 comeback, Lookaftering. Some tracks, such as the shimmering triumph that is The Haunted, evoke Paul Giovanni’s songs for The Wicker Man, while her trip-hop roots re-emerge on Love Died in Our Arms. This autumnal album of existential reflection, replete with poetic meditations on landscape and nature, is a welcome return from a talent who lay dormant too long. BARNABY SMITH