Some Apollo clients angered at decision to keep Leon Black as chairman despite his Epstein ties: Gasparino

Apollo Global Management co-founder Leon Black has stepped down from his role as CEO of the private equity giant earlier than anticipated, in the wake of months of criticism over ties to convicted financier Jeffrey Epstein.

Apollo co-founder Marc Rowan has succeeded Black as CEO, the company announced Monday. Black announced in January his plans to retire “on or before July 31, 2021,” but said he would remain chairman. The chairman role will now belong to Jay Clayton, the former chairman of the Securities and Exchange Commission, who was recently named lead independent director at the firm.

“I am extremely pleased that we have filled out the two-thirds independent board with such highly-qualified, diverse individuals. In the last few months, not only did we announce a transformative merger with Athene, but also expect to report that our first quarter earnings will exceed analyst consensus in all relevant measures and that the first quarter fundraising is trending towards the high end of our $15-20b annual range.”

Black added that he viewed this as “the ideal moment” to step away from the firm and focus on his family, his interests and his wife, Debra’s health issues.

In October, Black took the rare step of speaking about his relationship with Epstein, a convicted sex offender, saying he used his professional services for roughly half a decade, according to reports at the time.

Black said during a company earnings call he enlisted the help of the disgraced financier’s services from 2012 to 2017, coughing up millions each year to benefit Black’s family’s business and philanthropic endeavors. He said he met Epstein in the mid-1990s, while the convicted sex offender was working with other big names.

Epstein did not work for Apollo during the pair’s five-year professional relationship, Black said. 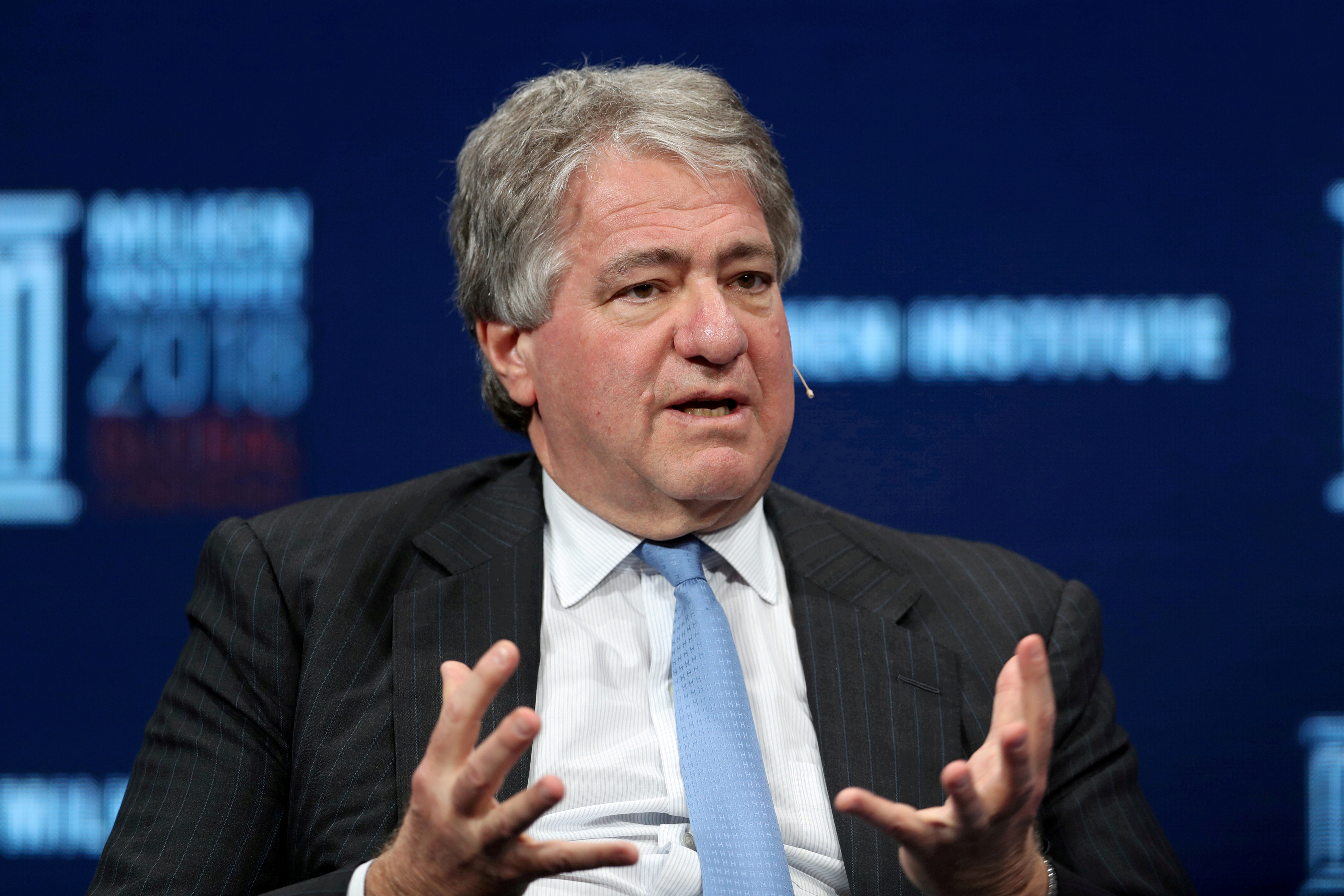 Black, who Forbes estimated to be worth $8.3 billion as of Monday, said he first learned about the allegations against Epstein in 2006, but “decided to give Epstein a second chance” – only to find out in 2018 there were newer allegations against him.

“This was a terrible mistake,” Black said.

Epstein, 66, was a hedge fund manager who rubbed elbows with the rich, famous and influential, including presidents and a British prince.

He died in August 2019 after he was found unresponsive in his cell in the Metropolitan Correctional Center in Manhattan, N.Y., prison officials said at the time. The New York City medical examiner determined he died by suicide by hanging, but his death and the circumstances are still subject to investigation.

At the time of his death, Epstein was awaiting trial on federal charges of sex trafficking and conspiracy after investigative reporting by The Miami Herald stirred outrage over the 2008 plea bargain. They accused him of sexually abusing dozens of underage girls.

Under a 2008 non-prosecution agreement, Epstein pleaded guilty to state charges in Florida of solicitation of prostitution involving a minor and another similar prostitution charge. That allowed him to avoid federal prosecution and a possible life sentence, and instead serving 13 months in a work-release program. He was required to make payments to victims and register as a sex offender.