American Airlines passengers took off Tuesday on the first U.S. commercial flight of a Boeing 737 Max since the aircraft was allowed to return to service after a nearly two-year absence. The top-selling aircraft has been grounded worldwide since March 2019 following two crashes overseas that killed 346 people.

The aerospace giant since then has worked with regulators to address the technical issues and improve pilot training.

American Airlines flight 718 is carrying about 100 passengers from Miami to New York’s La Guardia airport. The Max aircraft already had its first commercial flight on December 9 with a domestic trip by Brazil’s budget carrier Gol, and United Airlines is due to return the Max to its U.S. fleet with flights on February 11. 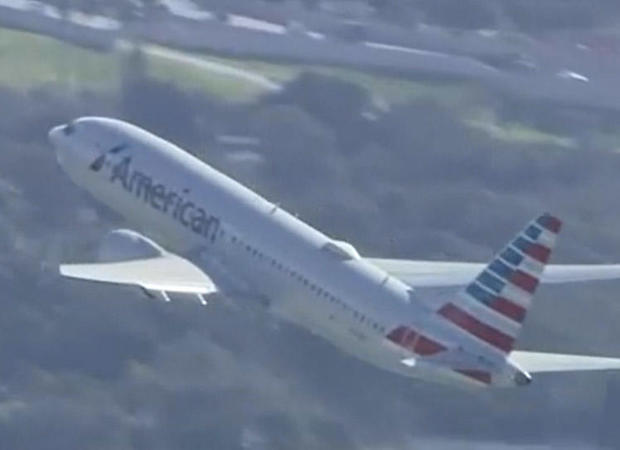 Earlier this month, CBS News’ Kris Van Cleave was on board as an American Airlines 737 Max took off from Dallas heading for Tulsa, Oklahoma, for a demo flight.

“Our pilots, our mechanics, our flight attendants are all comfortable,” David Seymour, chief operating officer of American Airlines, told CBS News. “It’s ready to get in the air. And there’s no other reason why we would just wait and continue to hold on it.”

The return comes after the Federal Aviation Administration (FAA) in late November cleared the jet to fly again following upgrades to its software and new pilot training protocols.

Last month, the Federal Aviation Administration approved changes that Boeing made to an automated flight-control system implicated in crashes in Indonesia and Ethiopia that killed 346 people in all. In both crashes, the system pushed the nose down repeatedly based on faulty sensor readings, and pilots were unable to regain control.

The Max crisis caused waves of order cancelations for Boeing, and the collapse in travel caused by the coronavirus pandemic hurt the company further.

However the company has received new orders in recent weeks, indicating its fortunes may be reversing.

But the return has not been entirely smooth. Families of the crash victims continue to oppose allowing the aircraft to fly, saying it is unsafe.

An Air Canada Max flying last week from Arizona to Montreal with three crew members on board experienced an engine problem that forced it to land in Tucson.