The Boppy Company is recalling over 3 million of its baby loungers after reports of eight infant deaths associated with the product in less than five years.

In each reported death, federal safety regulators said the infants had suffocated after being placed on their back, side or stomach on the lounger. They were eventually found on their side or on their stomach, according to the CPSC. The deaths occurred between December 2015 and June 2020. 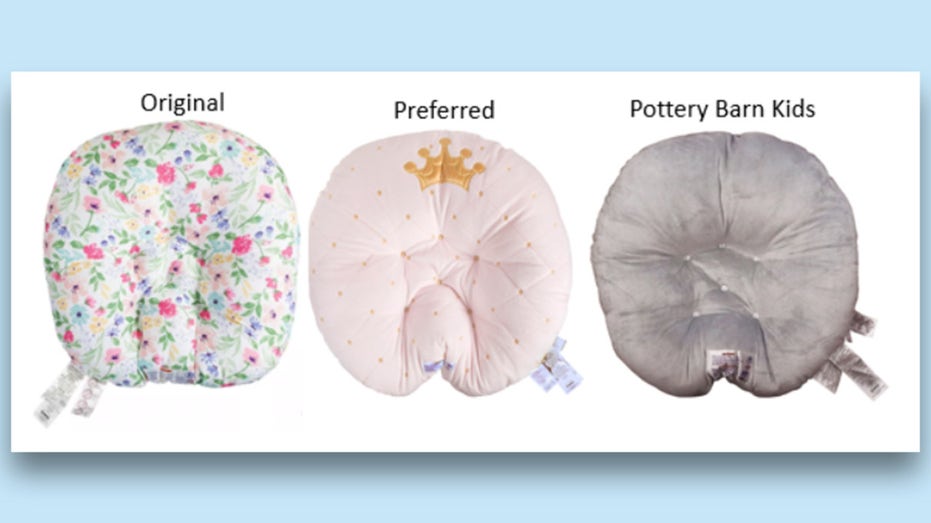 The loungers were sold at a variety of namesake retailers across the nation including Pottery Barn Kids, Target, Walmart and online at Amazon since January 2004.

"Since we know that infants sleep so much of the time – even in products not intended for sleep – and since suffocation can happen so quickly, these Boppy lounger products are simply too risky to remain on the market," CPSC acting Chairman Robert S. Adler, said.

Instead, babies should be placed on their back on firm and flat surfaces such as a crib, bassinet, or play yard, according to the agency. The CPSC also noted that any additional items such as blankets, pillows, padded crib bumpers should "never" be placed in the child's sleeping area.

The recall involves all of Boppy Newborn Loungers that are about 23 inches long by 22 inches wide and 7 inches high. Consumers are urged to stop using the product "immediately" and call the company for a refund.

A spokesperson for Boppy says the products were "not marketed as an infant sleep product and includes warnings against unsupervised use."

Still, the company is "devastated" and says it's doing "everything possible to safeguard babies."

This includes "communicating the safe use of our products to parents and caregivers, and educating the public about the importance of following all warnings and instructions and the risks associated with unsafe sleep practices for infants," the spokesperson said.