Brad Pitt grew a manbun over lockdown and we're not worthy 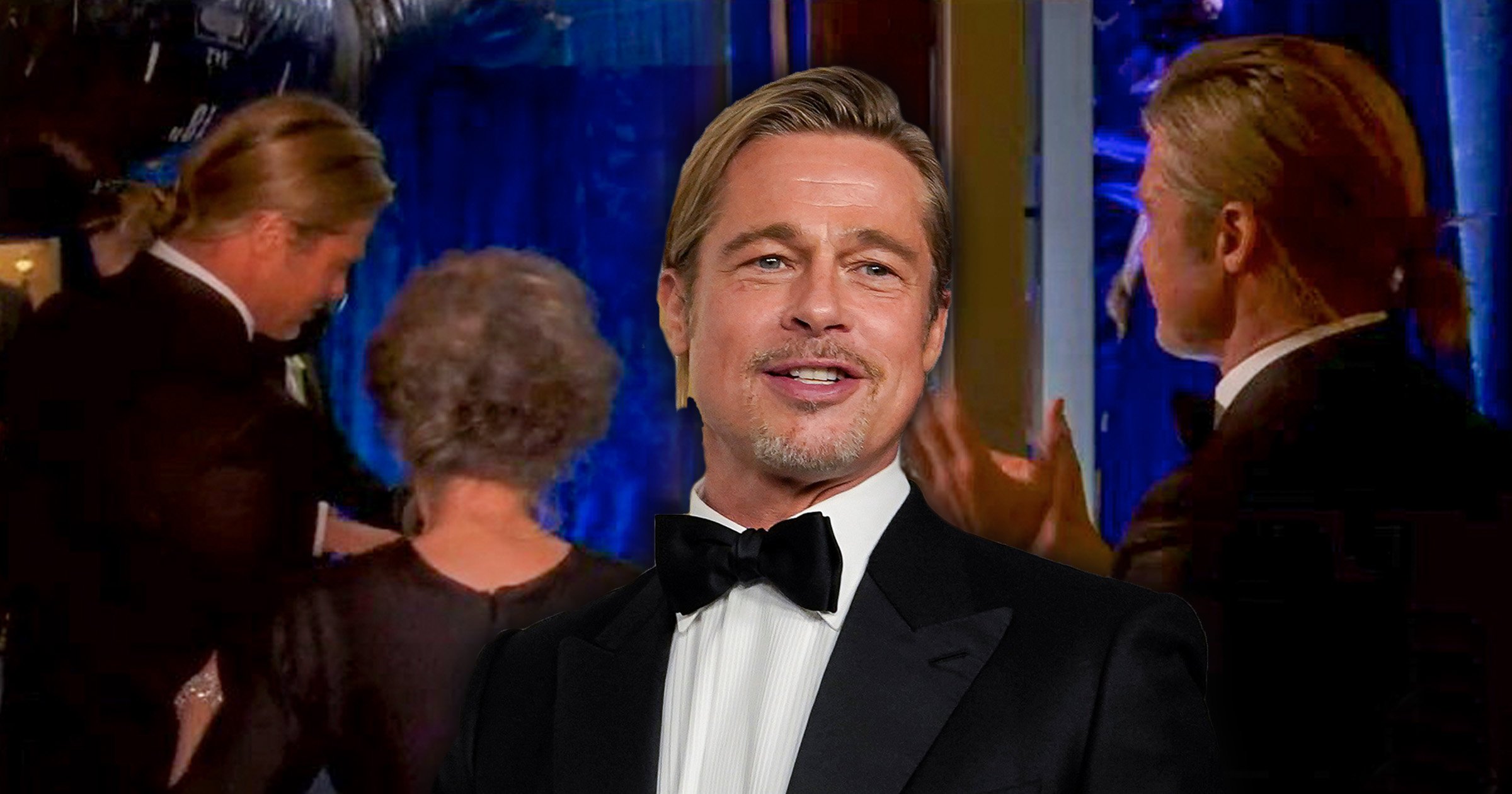 Seems Brad Pitt has been dealing with the lack of barbers open like the rest of us – by growing a nifty little manbun.

Debuting his longer locks at Sunday’s Oscars in Los Angeles, the presenter took to the stage and brought his tux and his usual swagger in truckloads.

Met with a seemingly starstruck Youn Yuh-Jung, who earlier won the best supporting actress gong for her role in Minari, Brad evidently had stars and fans alike swooning with his lockdown look.

We suppose after winning the 2020 awards season with his epic speeches each time he took home a statuette for Once Upon A Time…In Hollywood, he had to give 2021 a good shake-up as well.

Anyway, after having skipped the red carpet and headed straight for the stage, viewers of last night’s telecast were taken aback by the blonde man-bun Brad was now sporting at the back of his noggin.

One very chuffed punter mused during the ceremony: ‘I literally stood up and clapped for Brad Pitt’s man bun.’

Another was rather surprised by their reaction, adding: ‘Brad Pitt with a man bun checks a lot of boxes I didn’t know I needed checked.’

Not everyone was sold though, with some wanting to sneak up behind the star and chop the bun off which we have now formally declared a crime against humanity, should anyone be contemplating such a thing.

It’s not the first time the Oscar-winner has rocked lengthier locks but this time it just hits all the right notes. Perhaps we’ve been locked up inside for too long?

We’re clearly not the only ones with Brad Pitt on our minds, though, as backstage Minari winner Youn was met with questions about the actor as she addressed press.

Asked what Brad smelled like after he presented her with the Oscar, Youn levelled a blistering response to the probe, as she said: ‘I didn’t smell him, I’m not a dog. No.’

Sadly, we can’t say we would have one the same.

Best original song: Fight For You (Judas And The Black Messiah)

Best international feature: Another Round (Denmark)

Best animated short: If Anything Happens I Love You