The countdown until the Real Housewives of Beverly Hills season 10 returns is on, but Brandi Glanville is giving fans plenty to talk about until the July 8 return date.

The 47-year-old Drinking and Tweeting author sparked a social media frenzy over the weekend when she shared a grainy, dark photo of herself kissing a woman on Saturday, June 27. While some Bravo fans concluded that the woman in the picture was Denise Richards, other social media users weren’t convinced. 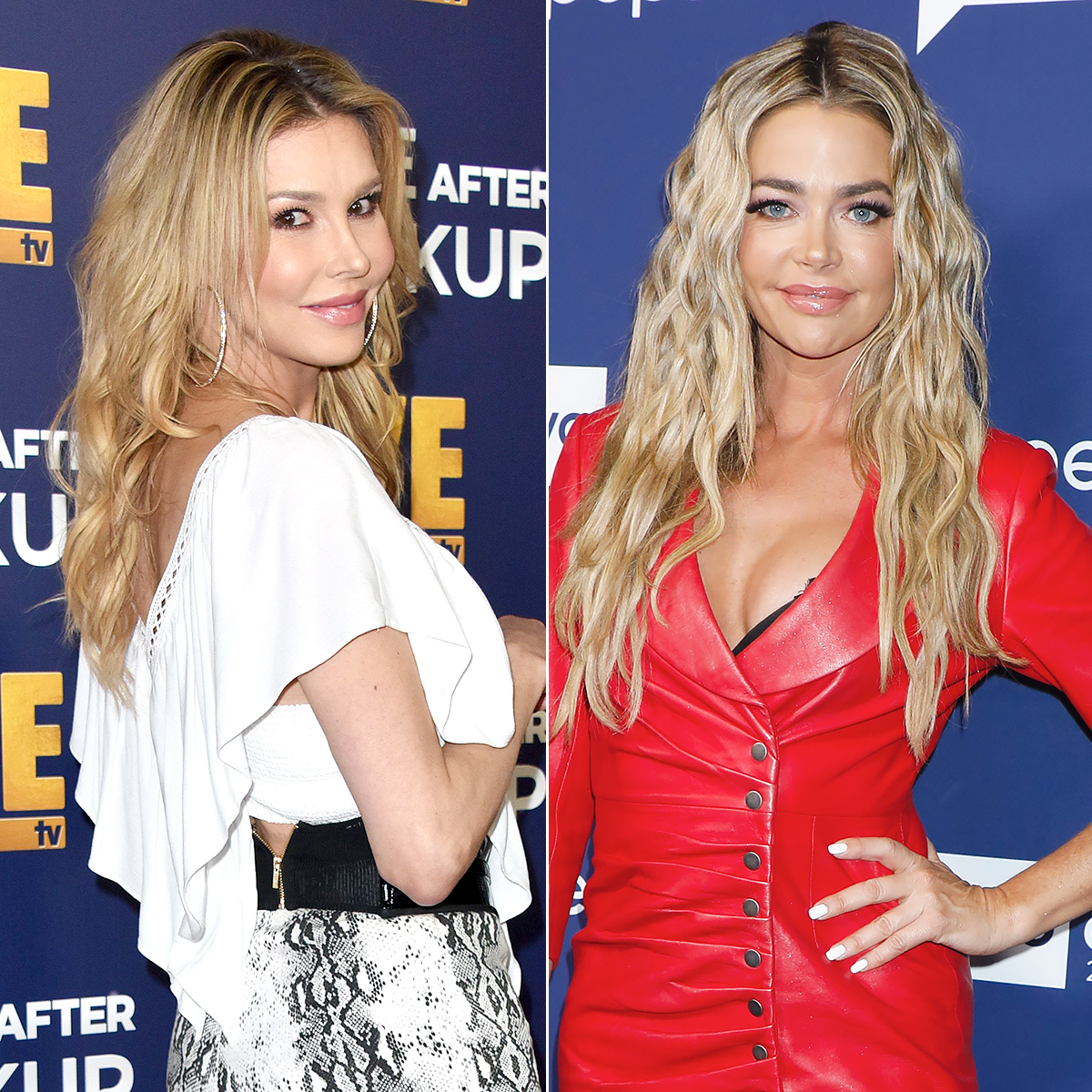 Richards, for her part, has yet to publicly confirm or deny if she is indeed the woman in the photo. Glanville’s decision to share the pic comes weeks before her first appearance on season 10 of RHOBH is set to air.

Us Weekly exclusively confirmed in January that Glanville and Richards were at odds after the Celebrity Big Brother alum claimed on camera that she and the Wild Things actress had a sexual relationship in the past. While insiders close to Glanville insist that she has proof of their alleged relationship, Richards has denied the accusations.

Fans got their first look at the drama between Glanville and Richards in the midseason trailer, which aired earlier this month.

“Denise and [husband] Aaron [Phypers] have this whole open thing,” Brandi tells the other women. “I f—ked her, woke up the next morning [and] she said, ‘Aaron can never know this. He’ll kill me.’”

After Richards shuts down Glanville in the clip, she issues the network a warning.

“Please do not air this. It’s very bad,” the Bold and the Beautiful star declares. “Bravo has a choice. If they ever want me to be on the show, they need to cut that.”

According to a source, Richards initially “laughed off” the drama with Glanville, but later decided she wanted all of the footage out of the show. In another trailer for the upcoming episodes, fans see Lisa Rinna confront the actress over a cease and desist order.

The Real Housewives of Beverly Hills airs on Bravo Wednesdays at 9 p.m. ET.