Brits 2021 reminded us awards shows can actually be good 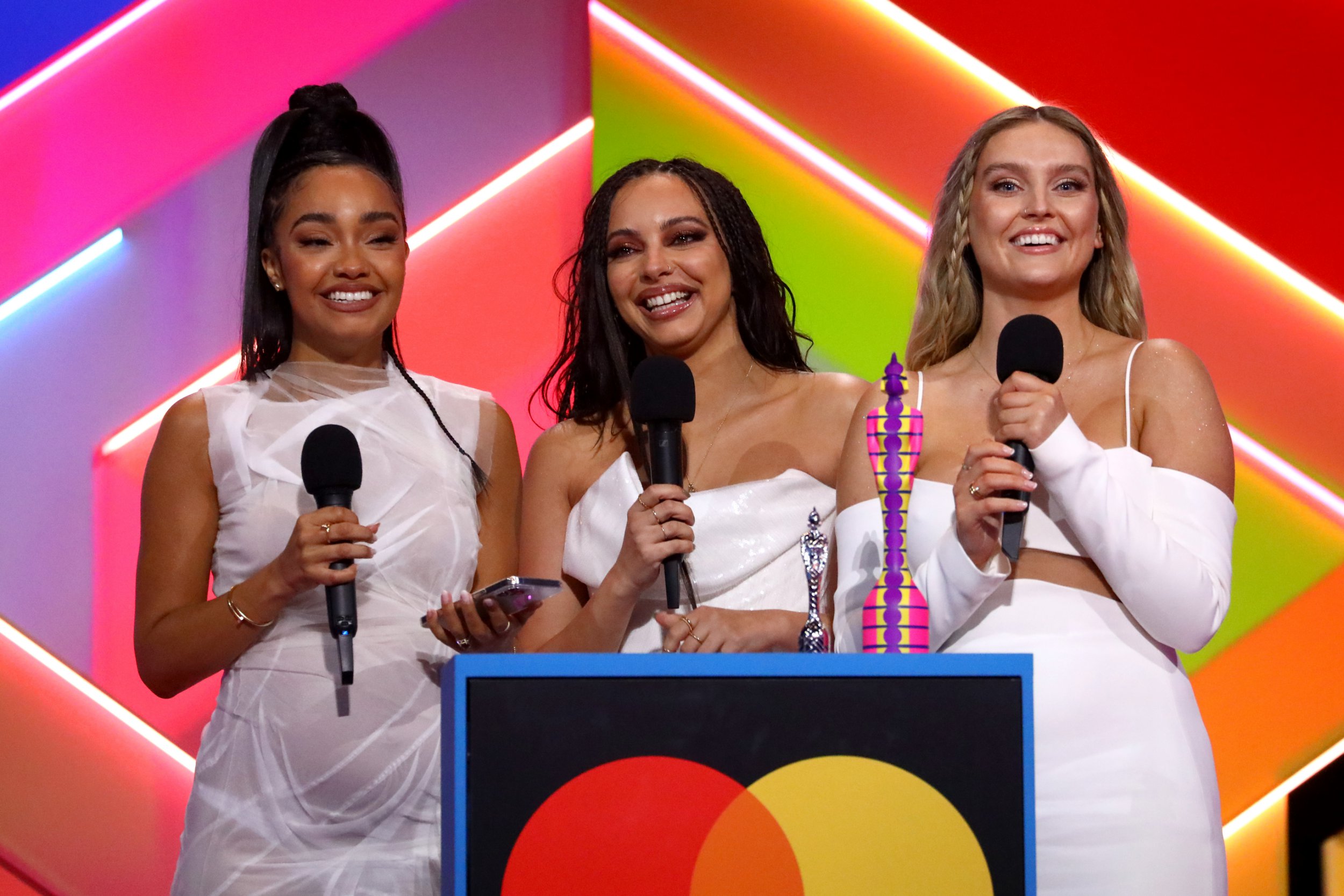 After a year of arguably sub-standard ceremonies with awkward Zoom mutings, sad red carpets, and over-edited, socially and emotionally-distanced speeches, the 2021 Brits showed us just how good award ceremonies can be.

I don’t know whether it was because we’ve been so starved of in-person ceremonies in general, or 15 months of no Brits has reignited a love for its sassy style I didn’t know I had, but I’d go so far as to say award ceremonies are back, baby. Sure, as part of the government’s Events Research Programme – but I’ll take it.

In the same week the Golden Globes was figuratively and literally cancelled in no small part due to its lack of diversity (and lack of carefactor in doing something about it), the Brits made sure it was breaking solid ground – with a dizzying amount of good tunes thrown in.

When it comes to diversity, more still needs to be done, but from Little Mix making history as the first girl group to win best group (how?! how are they the first?!) to a diverse group of nominees and winners, both in colour and gender, we’re yet to see across the awards ceremony board, it was a breath of fresh air that will hopefully spur on the rest of the industry to do better and strive forward for more glorious change.

And when it came to the call for such evolution, the usual celebrity preaching was plentiful, as per, but this time it was weirdly welcome?

We’ve sat there and listened as Joaquin Phoenix scolded his colleagues for flying in their private jets and eating meat, trying not to roll our eyes too dramatically while we scroll through Instagram. We nod along as these stars try to share lessons for the real people from their lofty towers, before shuffling back to their mansions.

Celebrities have always used these platforms to get preachy – despite Ricky Gervais’s advice to ‘accept your little award and f**k off’ – that’s not new, but I don’t know, there was something different about last night’s Brits that was a little more sticking it to the man that didn’t feel so patronising.

Dua Lipa orchestrated her speech right by playing to the crowd when she directly called on Boris Johnson to give payrises to NHS workers, who made up 2,500 of the 4,000-strong crowd. And you better believe all 2,500 of them were leaping out of their seats and shouting and pointing to the stage like an IRL Meryl Streep gif.

Heady One and AJ Tracey delivered a phenomenally powerful performance of Ain’t It Different and used their time to name drop Marcus Rashford and key workers, which was an incredibly poignant moment that followed Dave’s iconic 2020 performance of Black which criticised the government’s reaction to Grenfell and called Boris Johnson a ‘real racist’.

Then we had Little Mix paying tribute to the girl groups before them that were denied the best group gong – Spice Girls, Sugababes, All Saints and Girls Aloud. It might sound trivial, but along with the group we were screaming against this great injustice to pop music. The girls also used their time on stage to call out sexism, misogyny and lack of diversity within the industry and, when stars are often using their mic time to blow smoke up the bums of the so-called ‘corporate wankers’, the real talk is, well, it’s real.

And with a severe lack of trouble-making rockstars on hand (where are the Gallagher brothers to stir up the pigeons?) Lewis Capaldi’s F-bomb laden best British album intro was exactly what the night ordered, but exactly what the censors feared.

We all need a little ‘hello motherf**kers’ to remind us we’re alive and thriving on a Tuesday night as the government uses us as guinea pigs to see if we can be trusted to be in public again.

It’s what the bloody Brits are about though.

Even Jack Whitehall was raucously funny despite not being able to directly roast the attendees at their tables like usual.

From taking the mick out of Rita Ora’s lockdown breaches to introducing Olivia Rodrigo’s performance with: ‘In the words of Tiger Woods: Driver’s License – take it away’, the stars didn’t stand a chance. Good. I love ’em, but I love a roast even more.

It’s what we’ve missed. What we’ve yearned for.

Downsides? Okay, there were a couple – but hardly the fault of the Brits and more the work of that ol’ pandemic palaver that won’t quit.

As winners left the room for an extended period, and stars including Harry Styles and Taylor Swift made fashionably late-appearances to sashay in for their award before leaving again, half of the tables (which only housed two people each – even Little Mix was split between two) stood empty for the majority of the ceremony. I suppose seat warmers aren’t very pandemic-friendly.

I’m sure to those at home the arena looked plentiful – in no small part down to the pre-recorded whoops and cheers from the crowd that played through speakers during the ceremony – but even though we were encouraged to party like it’s pre-pandemic (within reason, of course) the emptiness of the arena floor was a stark reminder we’re not there yet.

Plus, despite the emphasis on in-person attendance, the pre-recorded performances killed the vibe a little. Coldplay was so close as they performed on a barge literally outside the arena. And with all the hoo-ha around Sir Elton John and Years and Years’ collaboration for Petshop Boys’ It’s A Sin, it was a little anti-climatic to see it was pre-recorded in the very space we were in, with frontman Olly Alexander bopping away in a suite while his performance was beamed on the auditorium screens. Even the introduction from David Furnish wasn’t live – and they couldn’t even match the ruddy lectern to the one that was used for the actual ceremony.

I’ll concede that is really splitting hairs because, arguably, Sir Elton and Olly’s performance was easily the best in an evening of really brilliant performances.

In a year when we’ve had so much good music released and no live gigs in which to experience it in the flesh, each and every performance was something special and I found myself not finding one quiet moment to duck to the bathroom. Dua? Sure she wore no mask on the Tube but I’ll wave the £200 fine. Olivia Rodrigo? Way better live than the TikTok song. Arlo Parks? Shivers.

I’m sure the ratings won’t be as big as they usually are, with mouthy naysayers due to get on Twitter imminently and bleat about how they totally expected it to be a flop (I blame any dip on people simply done with looking at screens), but speaking from a perspective of being in a room with other people, without masks, dancing, laughing, singing, enjoying life, I can’t help but feel, for the first time in a year, we may finally be getting back to a normal that is even sweeter than before.