Brits are considering swapping social media for letters and cards

Britons are turning away from ‘anxiety-inducing’ social media and embracing more traditional forms of communication to stay connected with older generations during the coronavirus lockdown, study shows

Britons are turning away from social media and embracing more traditional forms of communication during the coronavirus lockdown, a new survey suggests.

Compared with the anxiety-inducing experience of posting updates on Facebook and Instagram, two thirds of adults still think sending a hand-written message is the best way to keep in touch.

In a poll of more than 2,000 UK adults, 66 per cent said a personalised card is the most meaningful and thoughtful way to communicate feelings to a loved one.

Almost half (47 per cent) of respondents said the thought of writing a heartfelt letter or card made them feel happy, while 50 per cent said social media has no positive effects on their close relationships. 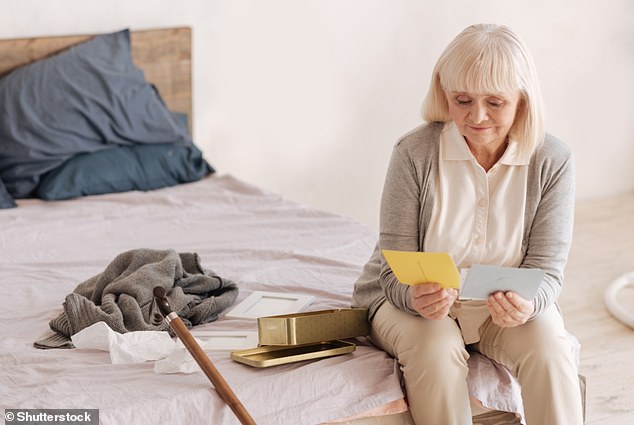 Research suggests a return to more traditional forms of communication to combat the threat to mental health during social distancing, including cards and letters

Dr Machin explained that personalised and private forms of communication help improve our health by releasing neurochemicals into the brain.

But social media doesn’t have the same beneficial neurological impact due to its ‘performative’ nature.

‘By using social media too much, we deny the brain the positive neurochemicals released through meaningful communication and that is why we begin to suffer,’ Dr Machin said.

‘Sending a card allows us to remember things we’ve done with that person, sharing fond memories and, in doing so, you’re likely to be getting a big release of pleasurable neurochemicals.’ 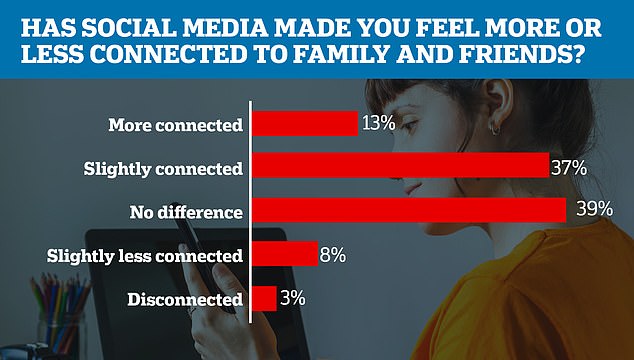 During the coronavirus lockdown in particular, humans are craving forms of interaction that best replicate face-to-face and intimate contact.

‘What we’re all actually craving is a hug with the people we love and that’s because we have evolved to absolutely need that – that’s what our brain chemistry is set up to need,’ Dr Machin said.

‘Making an effort in our closest relationships, something which social media suggested we could do away with by communicating with people en-masse, is actually something that brings joy and benefit.

‘We are also moving away from the public display nature of social media and people are cutting their connections and setting their sites to private so that they can have a more intimate and special experience.’

When we receive a letter or a card, brain activity is closer to what is happening when we interact with someone face-to-face.

There is a surge of chemicals like dopamine, which is linked with emotional responses, and oxytocin, a chemical messenger linked with social bonding. 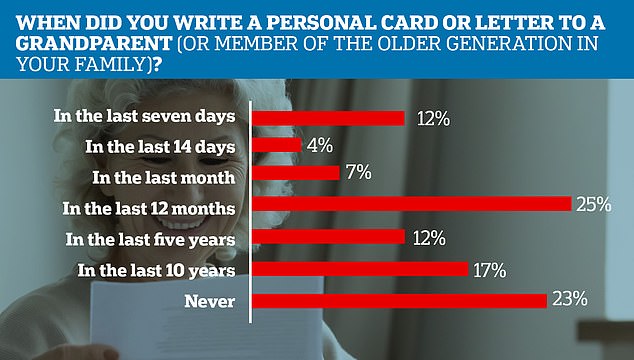 When asked when they had sent a letter or card to an older member of the family, 25 per cent responded that they had done so in the last 12 months. However, other participants had done so even more recently – either in the last seven days, fortnight or month

And the more followers you have, the less personal your social media messages become.

‘When you write a card or letter to someone all of that is gone – you’re not performing or trying to look perfect,’ she said.

‘It’s a private moment and that’s what people are starting to yearn for now.’ 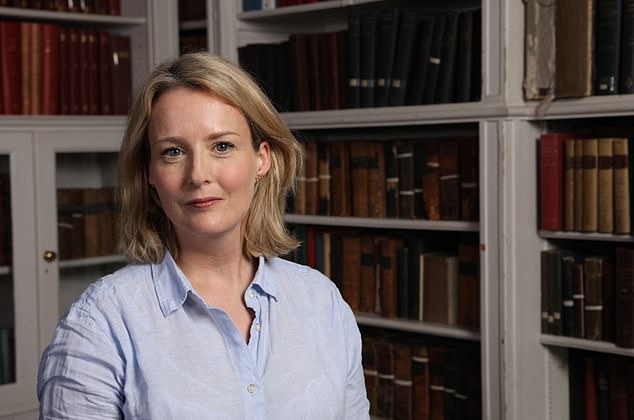 Dr Anna Machin, who oversaw the research, is an evolutionary anthropologist and writer at the University of Oxford.  Interpersonal relationships benefit from ‘meaningful’ and traditional forms of communication for the positive neurochemicals they release in the brain, she said

The survey of 2,000 UK adults was commissioned by TouchNote, an Android and iOS app that lets users send physical postcards featuring pictures taken on their phone.

Respondents were asked a set of 15 questions about their attitude to social media, including if it made them feel more connected to their family, whether it changes how they express themselves in written form, and the sort of feelings they had when posting on social media platforms.

Overall, 86 per cent said social media and phone use interfered with people’s day-to-day interactions – compared with only 4 per cent who didn’t.

59 per cent of 10 adults aged between 18 and 24 felt their social media accounts made them feel more connected with their friends and family, while 39 per cent felt they made no difference at all to their relationships.

The most cited negative feelings when using social media was ‘as though you were missing out’, cited by 34 per cent of respondents, followed by feeling ‘down or depressed’ (28 per cent), lonely (26 per cent), rejected or excluded (25 per cent) and anxious (25 per cent). 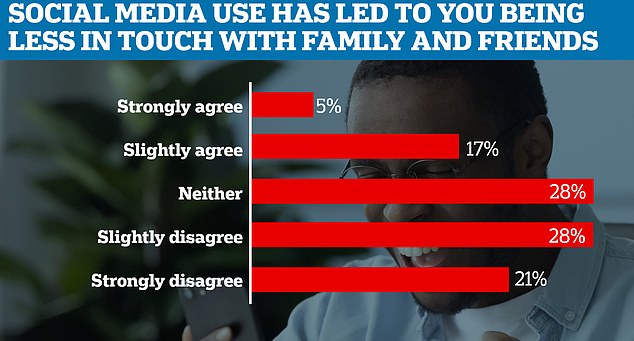 22 per cent agreed that social media use meant they were less in touch with family and friends, while another 28 per cent neither agreed or disagreed – a surprising finding considering how easy platforms like Facebook and Instagram make it to connect

Respondents between the ages of 18 and 34 were more likely to express all of these feelings.

‘If we had something in our lives which had an impact on our physical health that extreme then we would definitely have more health warnings on it – we would be more concerned about how we used it,’ said Dr Machin.

‘I’m not suggesting we ditch social media – we just need to balance our use of it.

‘It is just a tool for social contact – one of many tools and it certainly shouldn’t be the one you rely on the most.’

When asked what they thought to be the most meaningful way to communicate feelings to a loved on when not face-to-face, 66 per cent chose a personalised card, 21 per cent a text message, 8 per cent an email and just 5 per cent a social media message. 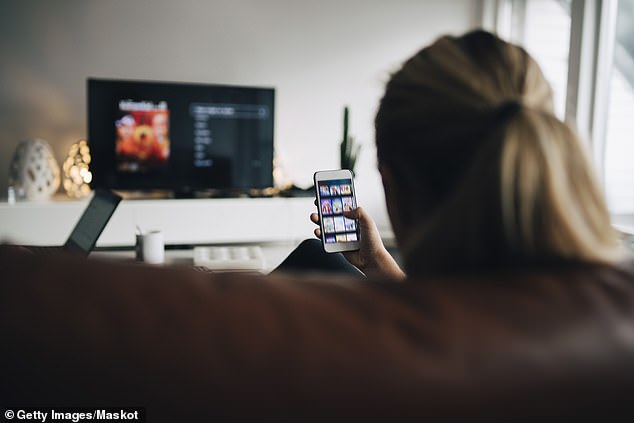 48 per cent said they had written a personalised letter or card to a grandparent or an older member of the family.

Overall, 59 per cent said social media changes how they express themselves in writing – largely driven by those aged between 18 and 24.

The study also suggests that social media’s grip on our lives is leaving older, less tech-savvy people increasingly isolated and out of touch.

Almost 60 per cent said they think the use of social channels excludes the older generation, while 23 per cent admitted they’d never written a card to a letter to a grandparent, older relative or friend.

Dr Machin suggested the other side of the coronavirus pandemic may see a rise in face to face interactions in the place of social media messages as people realise the former’s value to their mental health. 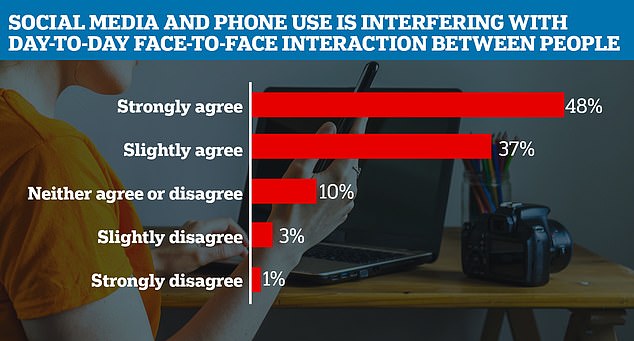 ‘It’s also changing our attitude to the elderly, which is a good thing.

‘All of us are more aware of the older generation and those living near us who may need help.

‘Letters and cards are playing a key part in the new world we live in – and that’s no bad thing.’

She added that some forms of digital communication – such as video chats via FaceTime or Zoom meetings during working hours – can help maintain our mental health, as they provide more palpable human connections.

The study also found that Britons would also rather leave a physical legacy – in the form of cards and printed photos – than a digital one.

‘People are going to treasure the personal things that they’ve done as real and tangible things – that’s an incredibly profound finding in this research,’ said Dr Machin.

‘Sharing personal memories and photos, and keeping these on display in our homes, help reinforce relationships and improve our mental health.’

BRITS WOULD RATHER LEAVE BEHIND A PHYSICAL THAN A ‘DIGITAL’ LEGACY

The poll also asked participants with a social media account what they would most like to leave as a legacy when they pass away.

They were asked to choose from a list of four options:

– An album or box of personalised cards

Participants were asked to rank all four option in their order of preference and the results were as follows:

–  An album or box of personalised cards (18 per cent)

– An album or box of personalised cards (12 per cent)

Female respondents were most likely to state a preference to leave printed photos behind as a visual legacy of their life than males (53 per cent vs 46 per cent).

Those between the ages of 18 to 24 were most likely to want printed photos as their legacy (39 per cent), followed by an album or box of personalised cards (25 per cent).

The study suggests Brits see physical paraphernalia as a true reflection of themselves to be passed down to loved ones, compared to social media accounts that may be blighted with insecurities or dodgy photos.