BROCK Lesnar's WWE exit has been revealed with the legend happy just being a farmer and a dad – but a return to the ring one day could not be ruled out.

The wrestler has barely been seen since his defeat to Drew McIntyre at WrestleMania 36 in April, when he lost his title. 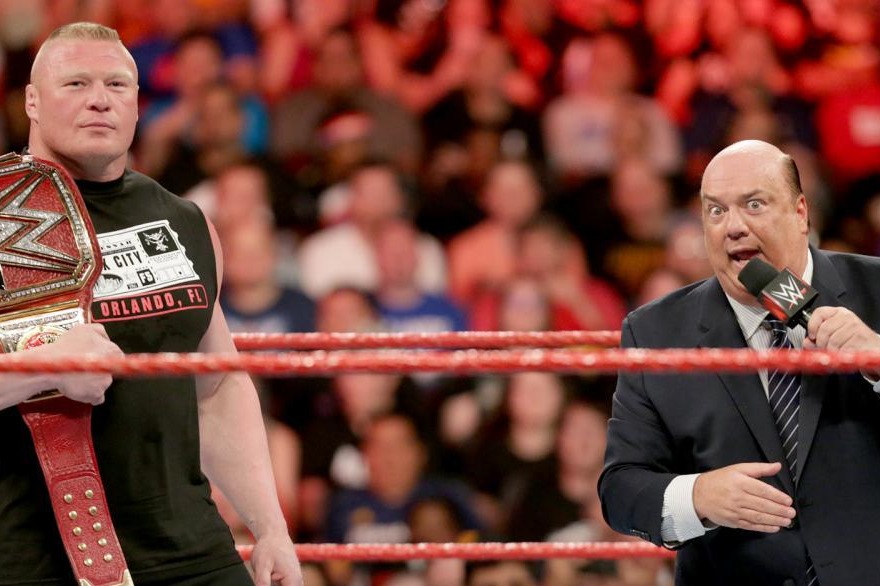 But an immediate return to WWE did not appear to be on the cards, especially when it was revealed in August that he did not agree new terms to extend his contract.

This viewpoint has only been strengthened by Brock's advocate Paul Heyman, who said the 43-year-old had grown comfortable with the simple life and only the right deal would bring him back.

He told Ariel Helwani's MMA Show: "It all depends on if there is a worthy challenge and box office appeal for Brock. Brock Lesnar loves being a farmer.

"He really does, and he enjoys fatherhood tremendously. It's not something that he discusses that much in public, but he really is a magnificent father to his children and a great family man.

"Right now, he is happy being a farmer.

However, Paul added that the popular superstar could change his stance at the drop of a hat.

He said: "At this moment, it hasn't happened because it's not there. Again, the world changes like that.

"It could be tomorrow that Brock Lesnar says, 'Oh, that intrigues me,' but because again, and it's not just a soundbite, Brock Lesnar does whatever Brock Lesnar wants to do."

It has been reported that The Beast Incarnate could potentially open talks with the Tony Khan-backed wrestling promotion All Elite Wrestling.

And UFC's Jon Jones stoked the flames in August by tweeting: “Brock I’ll beatcho a** too.”