Bryson DeChambeau really did swing for the fences Friday at the Memorial. This time it cost him.

DeChambeau, who has turned heads with a super-sized body and swing that sends the ball nearly 200 mph off the club and sometimes more than 400 yards off the tee, was even par for the second round when one hole ruined everything.

Sharing the full story, not just the headlines

His troubles started when DeChambeau pulled his tee shot on the par-5 15th off a tree and into the stream well left of the fairway. That wasn’t the problem. He took a penalty drop and then thrashed a fairway metal from 289 yards away. It sailed into a back yard and rolled down a hill next to the temporary fencing that lines the property.

Then, he hit it again. This one was well into the same back yard.

He wasn’t done. A third shot was headed that direction, but not quite as far. It rolled beyond the cart path and was headed for more trouble when it stopped just short of a creek.

DeChambeau thought he had a chance to play the first shot when he saw it by the fence. He called for a rules official, who told him it was considered out-of-bounds because it was outside a line between the two posts, by inches.

“If you had a white post right here, even if it was on the back edge of the post … I don’t believe it. Can I get a second ruling. Please?” DeChambeau said. As the official called for backup, DeChambeau was heard on the telecast saying, “They’re giving me a garbage ruling like usual.”

Another official, Ken Tackeett, arrived and calmly explained the rules for the fence, which has posts inserted into the ground and smaller posts between them, the decorative variety.

“From my perspective, that would be technically still in,” DeChambeau told him. “I want to know if I could hop the fence and hit it.”

He referenced Phil Mickelson one year at Bay Hill. In that case, it was a mesh fence, which was considered the boundary, and Mickelson was able to take a slash at it. That didn’t work out very well for Lefty. And it didn’t apply to DeChambeau.

The ruling final, he snatched up the ball, chipped the one short of the creek onto the green and took two putts for a 10. That took him from 1 over for the tournament — two shots inside the cut line — to 6 over and a short week.

DeChambeau came into the Memorial as arguably the hottest player in golf, with 19 consecutive rounds at par or better, and seven straight top 10s. That included a victory in his last start at the Rocket Mortgage Classic, which he beat into submission with his powerful drives. 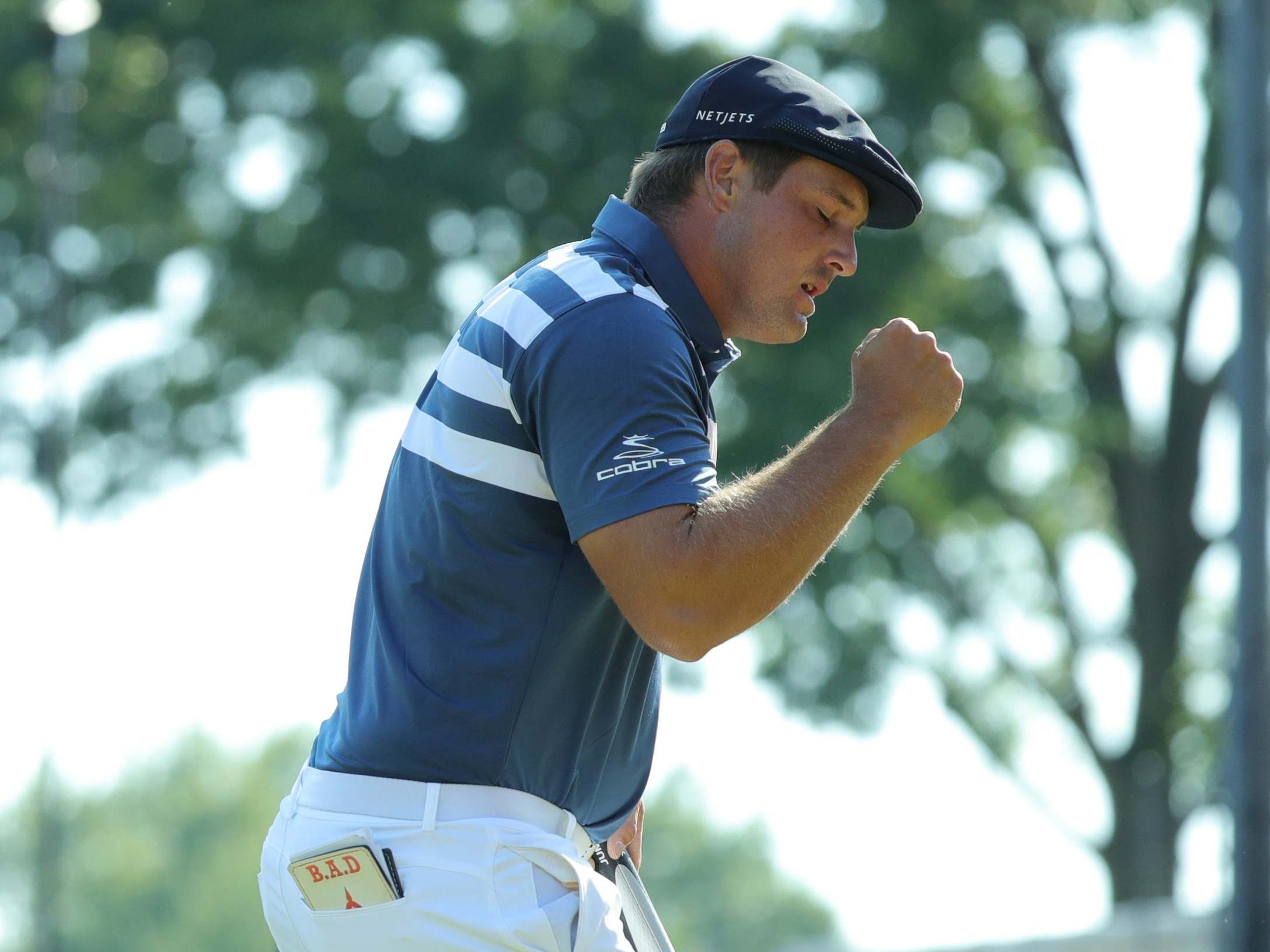 That week was not without some issues. During the third round, he got testy with a camera an for filming him after he hit a poor shot that led to bogey.

He said after the round in Detroit, “I understand that it’s his job to video me, but at the same point, I think we need to start protecting our players out here compared to showing a potential vulnerability and hurting someone’s image. I just don’t think that’s necessarily the right thing to do,” he said.

“We don’t mean anything by it, we just care a lot about the game,” he added. “For that to damage our brand like that, that’s not cool in the way we act because if you actually meet me in person, I’m not too bad of a dude, I don’t think.”

Such a moment didn’t happen Friday.

After he hit his tee shot a little long on the par-3 16th, his caddie walked over towards the camera and blocked the view.