Budweiser really has a thing for Utah.

Utah recently made beer history by becoming the first state to get its own uniquely designed Budweiser beer bottle. The bottles feature images from iconic locations across the state and even have their own slogan.

“This Bud’s for Utah,” is written across each of the bottles, which debuted on April 5th, the Salt Lake Tribune reports. The bottles will also include imagery inspired by the state’s capitol, the Wasatch Mountains and the Delicate Arch.

The bottles will only be available Monday through Wednesday, Fox 13 reports.

According to the news outlet, advertising for the Utah-branded bottles will make use of phrases that Utah citizens like to use in place of curse words. These phrases include “holy shizz,” “oh my heck” and “frick yeah.” 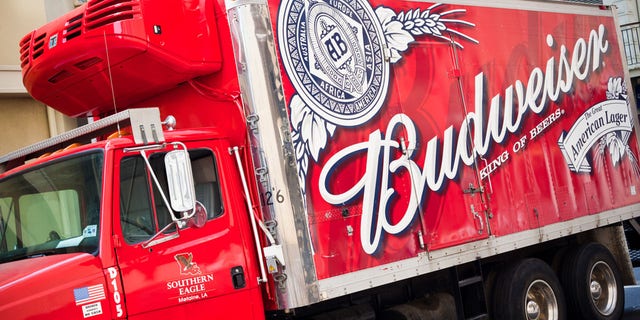 "This Bud’s for Utah," is written across each of the bottles, which debuted on April 5th.
(iStock)

The bottles will be available through May 7th, The Takeout reports.

This isn’t the first time that Budweiser has singled out Utah. Fox News previously reported that the Beehive State, like every single other state in the U.S., does not have an officially recognized state beer. Budweiser wanted to change all that.

The move was apparently to commemorate Budweiser’s first foray into the state after it increased the allowable alcohol content for beers to be sold in grocery stores and bars from 3.2% to 5% in November 2019.

“In 2019, Budweiser became one of the first full-strength (5%) beers to be sold in Utah, laying the 3.2% ABV beer law to rest with an unforgettable Clydesdale-led funeral,” the press release read.