Army cadet, 14, reveals he’s sleeping in a bomb shelter for FOUR MONTHS to raise money for the Air Ambulance – after being inspired to build it himself by VE Day celebrations

An army cadet is sleeping in an air raid shelter for four months to raise money for the Dorset and Somerset Air Ambulance.

Ben Hall, 14, from Bovington, hopes to join the military one day and built an Anderson shelter in his back garden at the start of lockdown after being inspired by the VE Day anniversary celebrations.

After hearing of air ambulances having to land at Durdle Door in Dorset last month, with each rescue costing £3,000, Ben decided to sleep in his bomb shelter to raise money for the service, which has been unable to fundraise during lockdown.

Ben will be sleeping in the shelter until September, when he goes back to school, and appearing on Good Morning Britain with his mother Shelley today, who said that he moved in around a month ago, and has slept in the shelter every night. 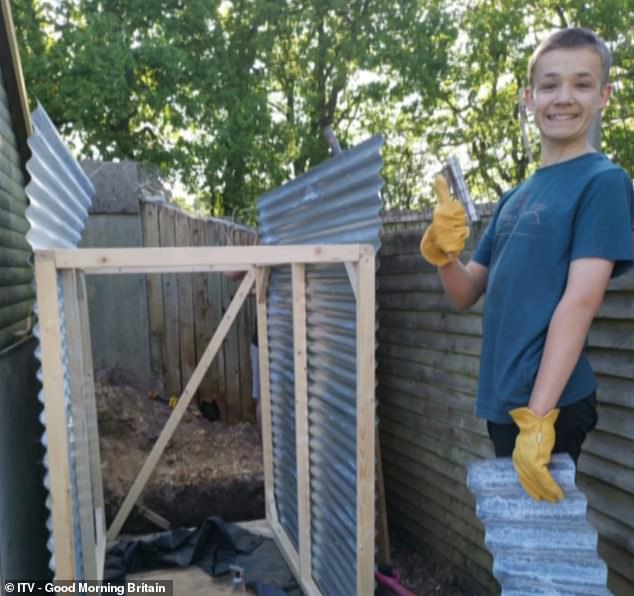 Ben Hall, 14, from Bovington, (pictured) built an Anderson shelter in his back garden at the start of lockdown after being inspired by the VE Day anniversary celebrations 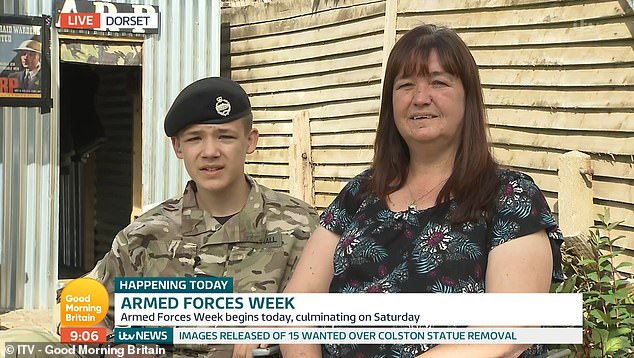 He said: ‘It started about a month ago today. I’ve moved in and I’ve stayed there every night, it get’s a bit nippy sometimes.

‘It was after what happened at Durdle Door with people jumping off the arch and calling in the air ambulance.

‘They had to go in twice – that was £6,000 – and they weren’t getting enough money from fundraising because they couldn’t go out, so I thought “Why not fundraise for it?”.’

Last month, beach-goers were crammed together to make room for air ambulances to land at Durdle Door after four people injured themselves by jumping off cliffs into the sea. 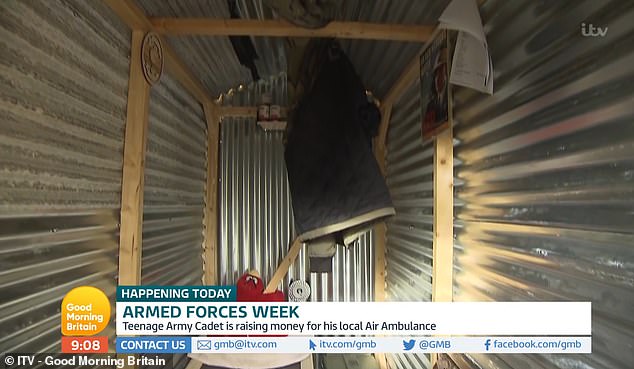 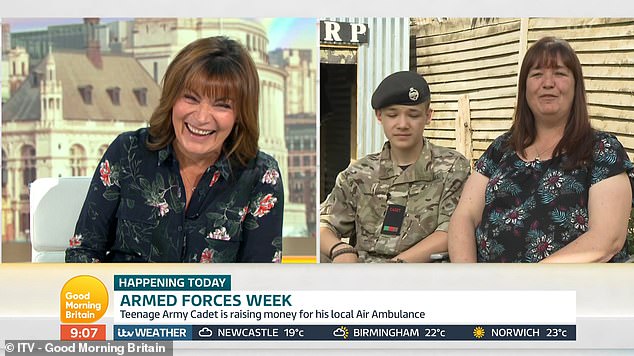 The four unidentified jumpers vaulted from the top of the ancient limestone arch, which reaches 200ft at its highest point, were left in a critical condition, according to Dorset Police.

Speaking of building the shelter, Ben’s mother Shelley said: ‘He’s so different, our Ben. A friend suggested a trench and we said no, and they came back and did an air raid shelter. I’d come back from work and they’d done a little bit and they’d moved in.’

When asked about whether she worried about Ben sleeping in the shelter, she said: ‘We live in the countryside and I did for the first week look in on him, but now I go to bed before him.’ 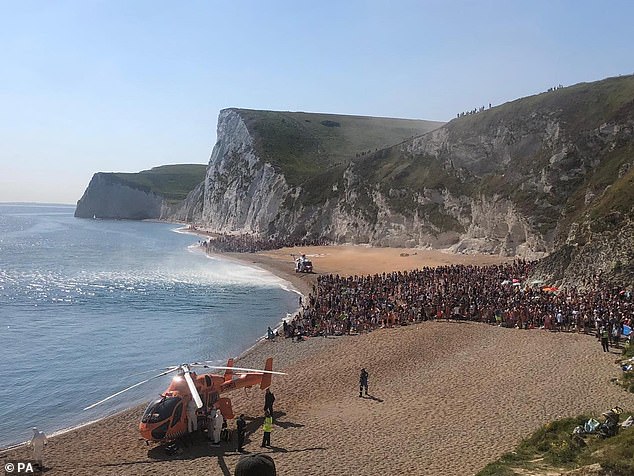 The mother told the Dorset Echo: that her son is ‘obsessed’ with the First and Second World War, and after struggling not being able to socialise with friends, poured his attention into building the shelter.

She said: ‘Ben is absolutely obsessed with World War One and Two, we would always go to Belgium and he loves to research soldiers.

‘Ben was suffering with lockdown, he had not been out or seen his friends. A friend suggested he built an Anderson shelter so we went round getting sheets of corrugated iron from neighbours.

‘He and his sister dug the hole and then he asked if he could sleep in it.’