Home » Lifestyle » Call of the Wilde… Why pop star Kim is ready to rock again!

Call of the Wilde… Why pop star Kim is ready to rock again!

The rather privileged upbringing as the daughter of a chart-topping pop star; the instant global fame with her first single; a decade of adulation and airports; the corresponding descent into depression; the joy of late marriage and motherhood; the second awardwinning career as an admired horticulturist; and the arrival in her early 60s at a place of deep contentment. 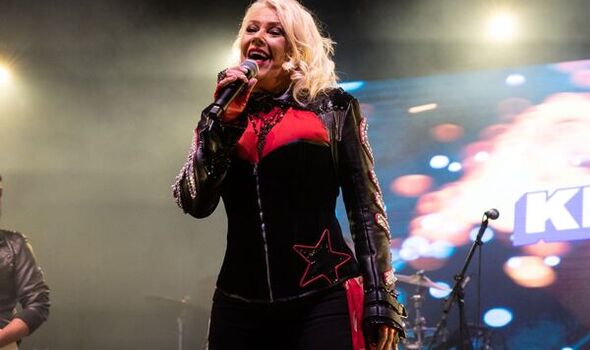 Kim’s father, of course, is Marty Wilde. How easy was it being the daughter of a major pop star?

“When you’re a teenager, you just want to blend in. But I was forced to stand out by virtue of having a famous father. It made me feel uncomfortable growing up. But, at the same time, I was incredibly proud of him.

“He’s always been such a charismatic man, someone with his feet on the ground and his head in the clouds. I owe both my parents a debt of gratitude for bringing me up with the right set of values. It’s helped keep me sane.”

Just as well. Fame came instantly to Kim in 1981 with the release of her first single, Kids In America, written by Marty and her brother Ricky. “All of a sudden I was flying all over the world. It was incredible.

“I was 20 – what an age to be a pop star.” Her helter-skelter 20s included two major tours with international superstars. First up, she supported Michael Jackson on his Bad tour in 1988. “We did over 30 shows together all over mainland Europe and seven concerts at Wembley Stadium.”

But, despite the fact she was the most charted British female solo act of the 80s, Kim was unsure about touring with such a huge name.

“When I was first offered it, I didn’t feel I was the right person to be his support act. He seemed like a performer from another planet, godlike. And there was me with just a few hits under my belt. Did his audience really want me?”

In the end, her family talked her round, giving her the confidence to accept the offer. “And I’m so glad I did. It helped me to progress as a live performer. It made me raise my game. There’s nothing like a big challenge to focus the mind.

“And, as it turned out, the audiences did respond positively to me which made me feel empowered.”

But she never met Jackson except at one photo shoot. “That’s not unusual, though, with a global star like him. I’m not criticising him.

“I’m sure Madonna, say, or Beyonce would behave in exactly the same way. Michael wasn’t going to sit in a bar with me after a concert, sharing a pint.”

The experience left a profound legacy, however: “I had second thoughts about what achieving more fame could actually bring as it seemed to bring only isolation and loneliness into Michael’s life. 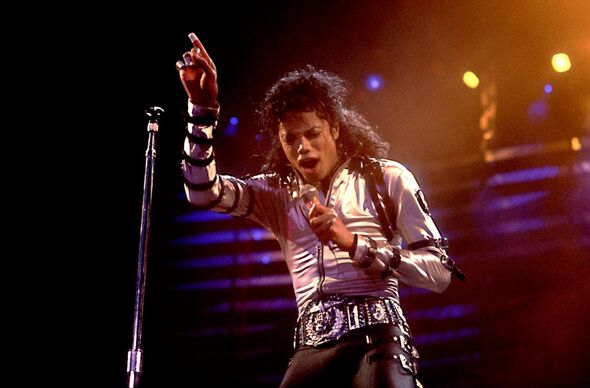 “I didn’t want to live my life like that. Not being able to go to the supermarket or hang out with my mates and just lead a normal life – you can’t put a price on that and it seemed he’d paid such a huge price already.”

“He’d pop his head round my dressing room door several times to wish me luck with the show. A fellow Brit, he was much more down-to-earth and approachable, but even he was pretty elusive throughout most of the tour.”

After that Kim grew increasingly disenchanted with the spotlight. Did she ever step on stage cursing the fact that she had to sing Kids In America for the umpteenth time?

She does not duck the question. “Yes, there have been times in my life when I’ve felt defined by that song – and confined by it, too. Indeed, in time, singing it stopped being fun, ” she says.

“It’s why I retired at the end of my 20s. I truly felt I’d never find joy in singing that song, or any others, ever again. 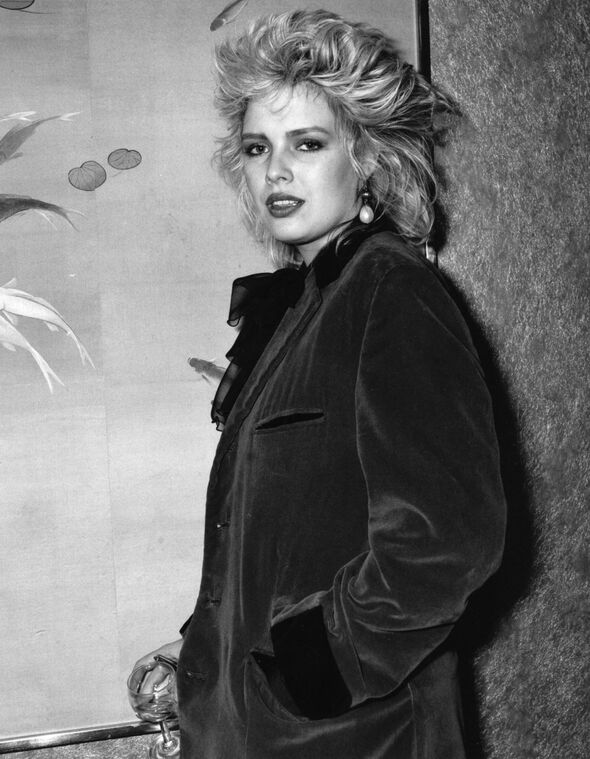 “It wasn’t until I rediscovered my love affair with my musical past that I enjoyed singing it once more. And, to this day, audiences still go crazy for Kids In America.”

That said, and Kim is the first to admit it, the song didn’t half swell her bank balance.

“Absolutely. It meant I could buy the 400-year-old converted barn in Hertfordshire where I still live over three decades later. But there I was living in this beautiful big house, somewhere I’d fallen in love with, and yet feeling quite lonely, quite isolated.

“My career was starting to stall. I’d become bored of Kim Wilde, the brand. I wanted to retire her. It was a time of reflection.”

There was a fling with radio and TV presenter Chris Evans but it was over in a matter of weeks.

All that changed, though, in her mid-30s, with the West End production of Pete Townshend’s rock opera Tommy, in which Kim played Mrs Walker. 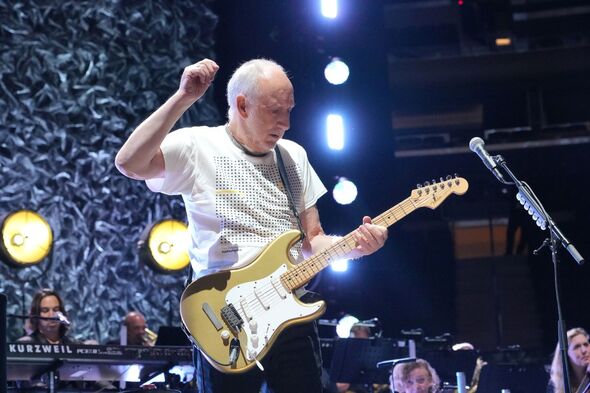 “It turned out to be a real turning point. The script landed on my kitchen table one morning when I was going through the post and I knew without a shadow of a doubt that it represented my destiny.”

She was not wrong. Not only was her performance well received, but in the cast was Hal Fowler playing Cousin Kevin. They fell in love and were married within six months.

“I was 40 by then. I realise now how lucky I was to conceive both children naturally.” Motherhood also coincided with what became Kim’s other great pursuit in life: gardening.

In 1998 she enrolled on a course at Capel Manor in Middlesex.

“I was always a country girl at heart. We moved from Blackheath in south-east London when I was 10 to Hertfordshire and I just fell in love with the countryside.

“Everyone was growing vegetables and baking bread and going on wild flower walks. My best friend Clare would tell me the names of all the flowers. I took to country living big time.

“During the 80s, I’d felt increasingly disconnected from the natural world. It was one of the reasons I bought the barn. I became a gardener out of a latent desire to get my hands dirty.”

Clearly, she has got a flair for it. In 2005, she won a Gold Award for her courtyard garden at the Chelsea Flower Show. “When I flicked the horticultural switch, it unleashed an energy which had been locked inside me.”

Now, the roller coaster is on the up again. Kim’s on the road soon with two performances at the 80s-inspired Rewind Festival: the first at Capesthorne Hall, Macclesfield on August 6 and at Henley on August 20. Then she’s got the Greatest Hits tour beginning in Gateshead on September 9 and finally coming to rest at the London Palladium, September 27.

“I’ve played the Palladium several times in the past,” she says.

“I remember my mum and me being backing singers for my dad when he performed there. I must have been about 16 at the time. To be in a show there at my age” – she’s 61 – “is fairy tale stuff.” 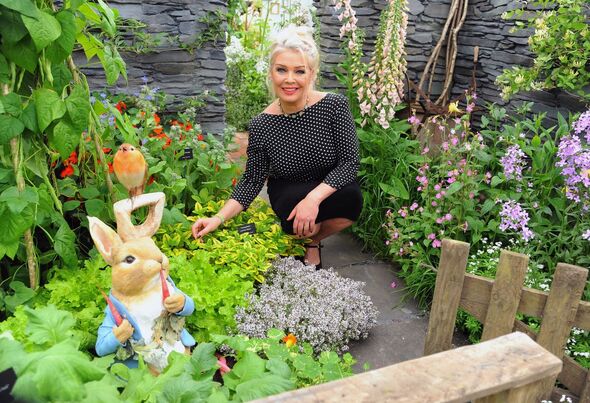 Marty’s still strutting his stuff at 83. “So, fingers crossed, I’ll be going strong for at least another decade.” She sounds deeply contented. “Oh yes, you’re talking to a very happy woman.

“I’m just so grateful for everything in my life and I feel so supported by family and friends. I’ve also got my health which I never take for granted. I look after myself: I’ve been a non-drinker for five years.

“I stopped one October and felt so much better that it seemed silly to start again. An additional bonus was that I lost weight.”

And she’s in good shape for the live tour. “I’ll be out there with my band, my brother Ricky, his daughter Scarlett doing back-up vocals and my two drummers.

“I’m also having lovely costumes made. It’s going to look as good as it sounds.”