Sporting chance! Cambridge University students strip down for racy calendar with nothing but athletics equipment to protect their modesty to raise money for medical charity

Sporting men and women at Cambridge University have stripped down to bare all for a naked calendar to help raise money for charity.

Students from the university’s sports teams, including swimming, sailing, athletics, volleyball and water polo all posed in the nude in various locations around the city of Cambridge.

The tasteful images capture men and women posing with equipment typically used in their sports in a number of poses. 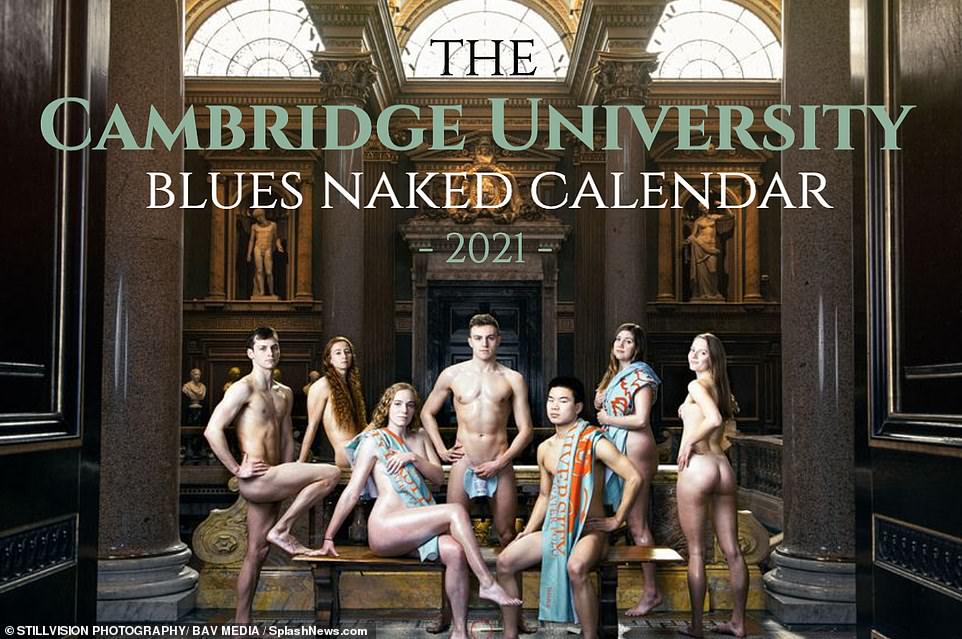 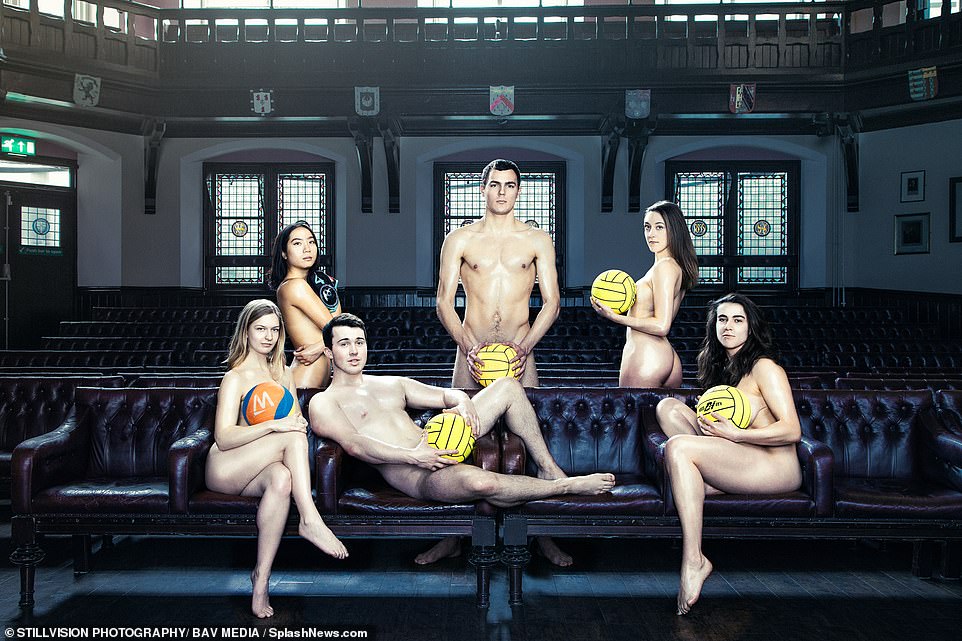 The series of racy snaps were taken in a number of locations, such as the Cambridge Students’  Union (pictured)

One daring image shows students from the swimming club posing naked in the Fitzwilliam Museum with just towels to protect their modesty.

Another picture sees a group of students from the water polo club posing in the Cambridge Union using their game balls to cover themselves.

Members of the university’s sailing and watersurfing club pose in the Grantchester meadows, which were made famous by the poet Rupert Brooke, with buoys and anchors draped over their shoulders.

Meanwhile, women from the powerlifting club are seen lying over the stalls of a lecture theatre in another of the pictures. 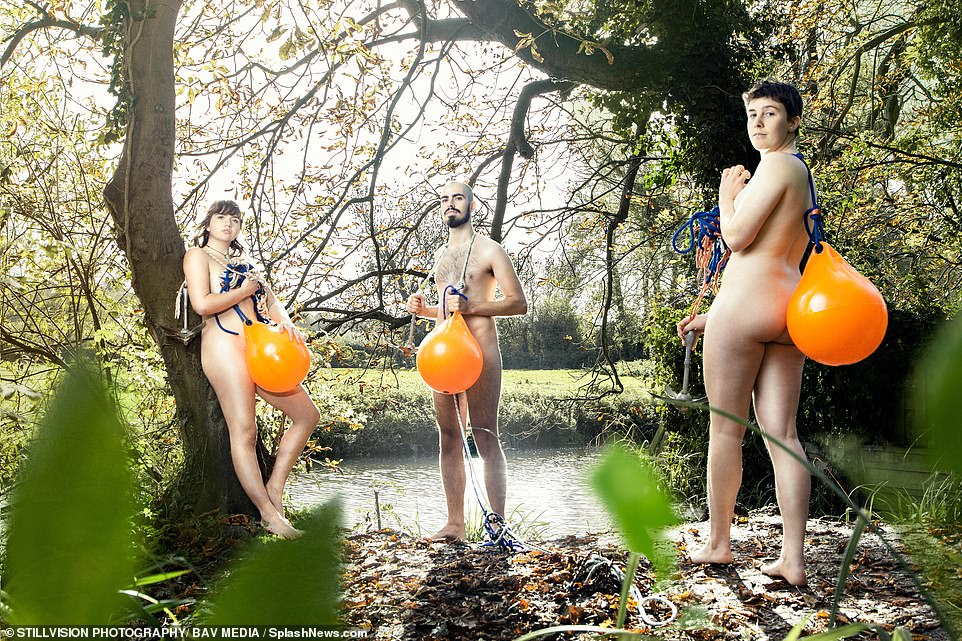 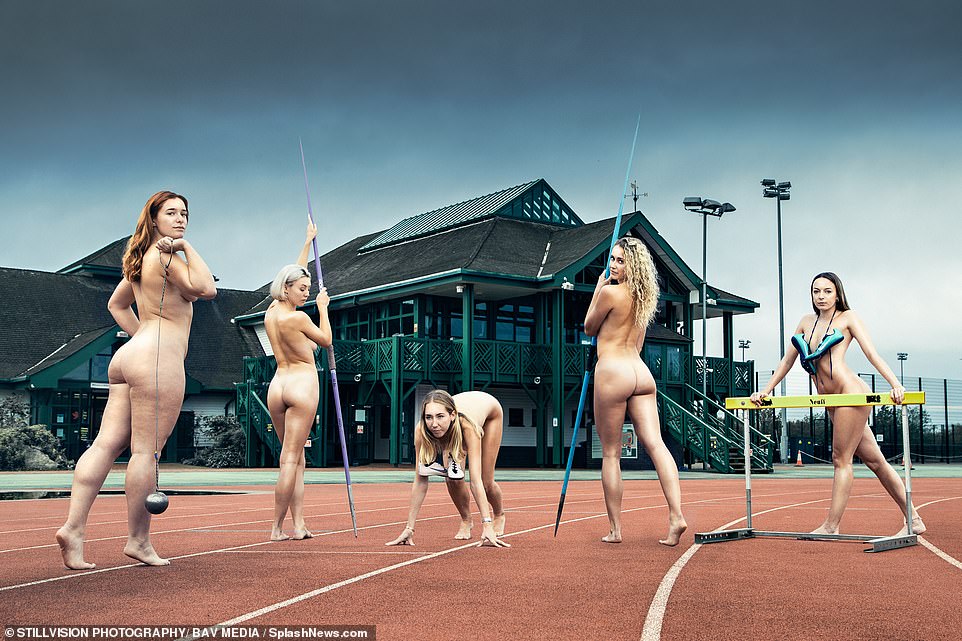 Due to the coronavirus lockdown, many of the photographs had to be stitched together from different photoshoots, with many models being photographed in their own to maintain social distancing

Dan Lewis, who organised the Cambridge Blues calendar with fellow undergraduate Charo Havermans said: ‘It has been very tricky to organise the calendar this year due to coronavirus, but against all the odds it has finally come together and we’re really pleased with it.

‘We had a good response from students wanting to take part but had difficulties as some of the university locations pulled out, so we expanded it to include important locations throughout the city too.’

The photoshoots were made difficult by the coronavirus pandemic as students weren’t in the city for the summer term and some of the shots were taken under Covid restrictions, meaning the models had to be photographed separately for social distancing and then edited together later on.

Bella Biddle, who is studying English at Cambridge, said: ‘My teammates and I went into the RAG calendar shoot prepared for a semi-awkward and hopefully quite funny naked frolic, and the photography team totally came through and it was such a fun way to spend a morning. 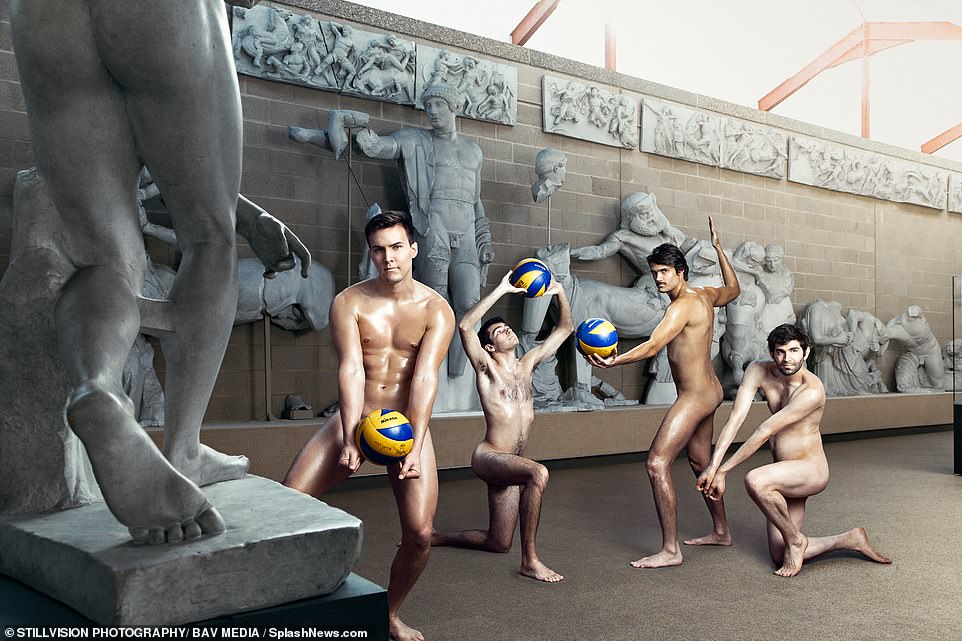 Dan Lewis, who organised the Cambridge Blues calendar said that there were logistical issues when trying to organise the shoots this year as some venues backed out of the project 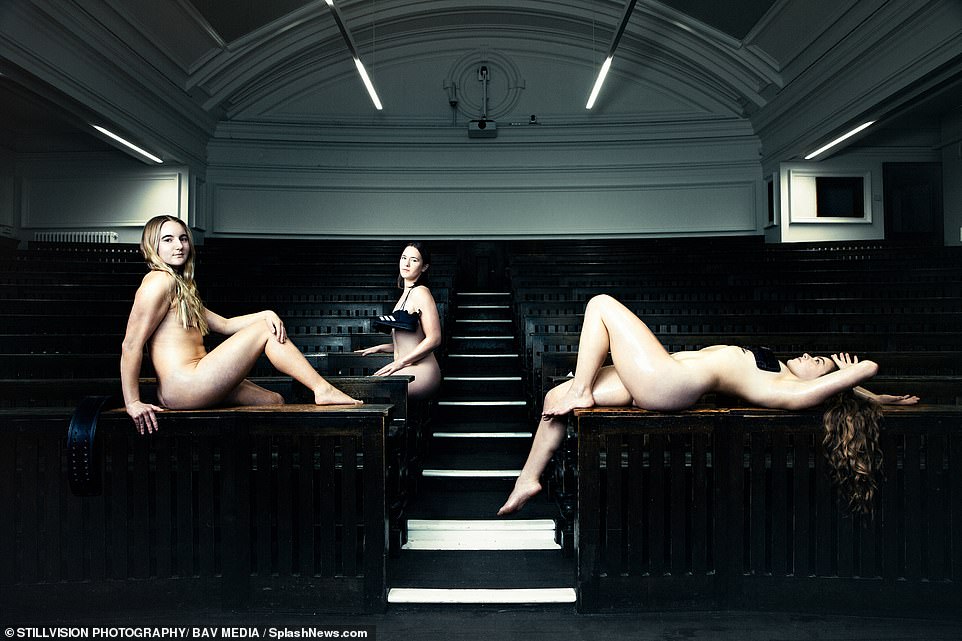 ‘Shooting by the Cam at Grantchester was a little bit chilly and a little bit muddy, and involved a long hike from Cambridge with three 5kg orange buoys strapped to our backs, but we managed to get the last of the summer sunshine to come out for us after a last minute location change!

‘It’ll be hard to forget our Commodore’s face when they asked us to oil up, or the very narrow miss we had with two wayward paddleboarders. Having seen the calendar the last two years, I am so happy that we were asked to be involved.’

Photographer Mike Thornton, of StillVision Photography, based in Cambridge, said he enjoyed the ‘unusual assignment.’

He added: ‘Shooting the 2021 RAG calendar was an unusual assignment for me. Although originally started in February, two thirds of the project was shot under Covid restrictions. This presented challenges. 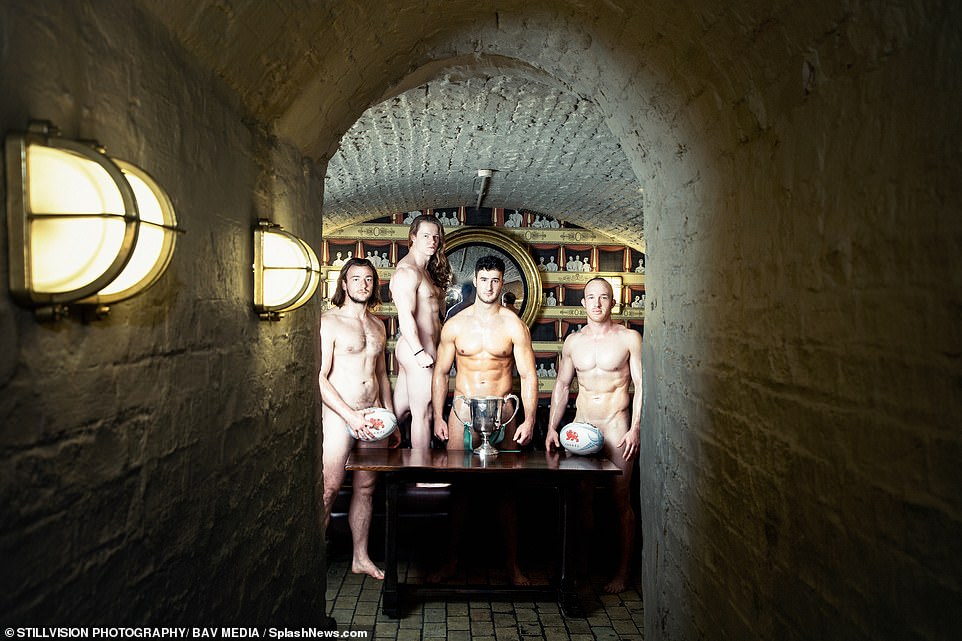 The calendar shoots began in February this year but because of the pandemic, much of the project was delayed until later in the year 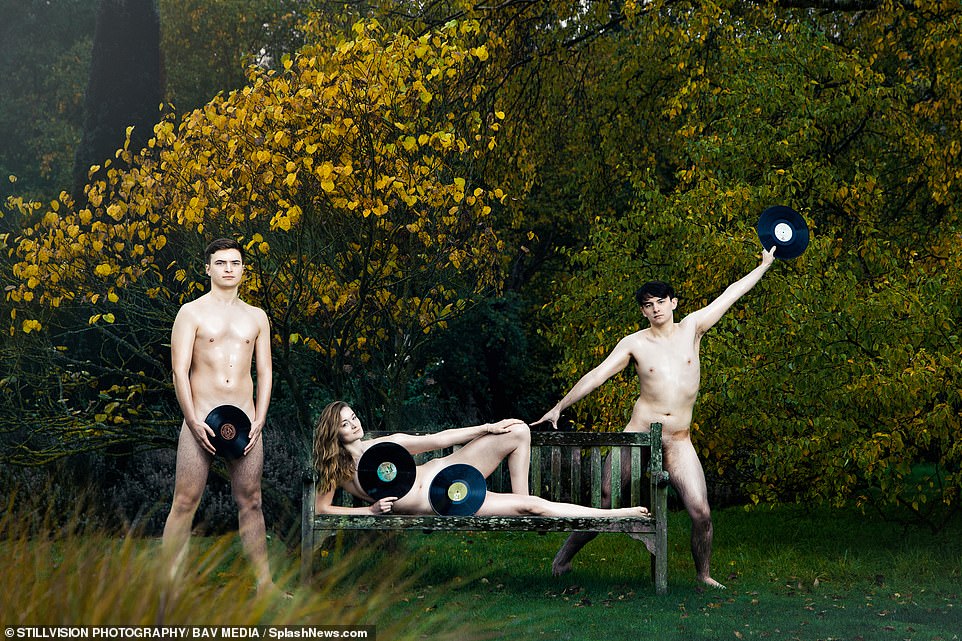 ‘Models were photographed individually on location and the final images composited together over the background scene. This helped create the visual look, but also allowed for social distancing.’

The calendar costs £10 from http://cambridgebluesnakedcalendar.com/ and money raised will go to the Doctors Without Borders charity.