Saul ‘Canelo’ Alvarez and Billy Joe Saunders will clash in a highly-anticipated super middleweight bout this Saturday, but before the pair trade punches, they will trade words at the pre-fight press conference this evening.

Britain’s Saunders is seeking to hand Canelo just the second defeat of his professional career – following the Mexican superstar’s decision loss to Floyd Mayweather in 2013 – and will hope his southpaw tendencies can contribute to an upset at the AT&T Stadium in Arlington, Texas this weekend. Saunders enters the main-event meeting with an undefeated record of 30-0 (14 KOs), compared to Canelo’s 55-1-2 (37 KOs).

Of the two draws on Canelo’s record, the most recent came in 2016 when the 30-year-old took on Gennadiy Golovkin for the first time. Many believed Golovkin should have been handed the victory that night, with Canelo’s points win in the rematch also proving controversial. Another controversy in the Mexican’s career was a failed drugs test in 2017 ahead of the second bout with Golovkin, an incident that Saunders appeared to reference in a heated face-off with Canelo this week. The opponents were separated as promoter Eddie Hearn watched on. Follow live updates from the Canelo vs Saunders pre-fight press conference below.

“I don’t give a s*** about Canelo Alvarez, I don’t give two s***s. I’ve been dreaming this since I was a little boy – I’ve visualised this day coming since I was five, six years old,” Saunders said in a sit-down interview earlier this week.

Canelo was last in action in February, stopping Avni Yildirim before the fourth round.

The Mexican champion dominated his challenger, forcing Yildirim’s corner to throw in the towel between the third and fourth frames.

Saunders, meanwhile, took to the ring in December, outpointing Martin Murray in London.

The record size for an indoor boxing crowd in the US was 63,386 for Muhammad Ali vs Leon Spinks II in New Orleans in 1978.

There are expected to be 70,000 people inside Texas’ AT&T Stadium for Saturday’s event, according to Hearn.

Canelo vs Saunders: Tale of the tape – Canelo

Canelo vs Saunders: Tale of the tape – Saunders

Saunders appeared to back out of the fight this week amid a dispute over the size of the ring. The matter was soon resolved, however, with the main event set to go ahead as planned on Saturday. 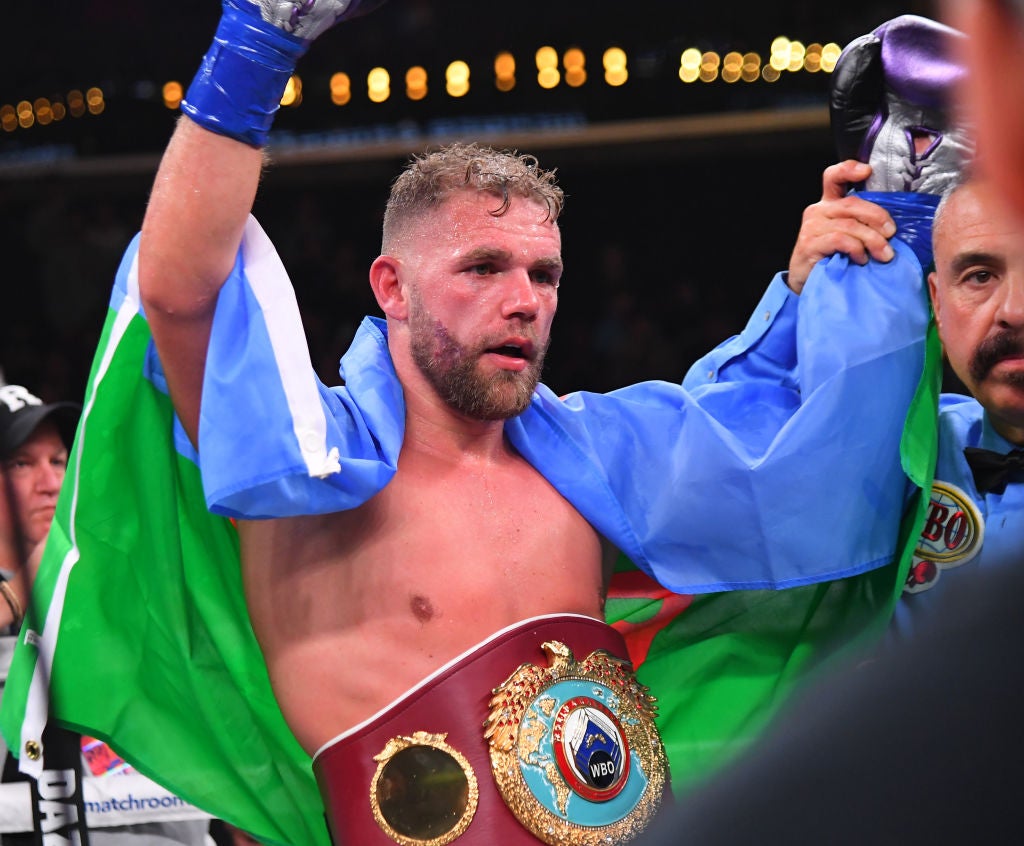 Saul ‘Canelo’ Alvarez and Billy Joe Saunders were separated after a fiery face-off this week. Here’s the full story: 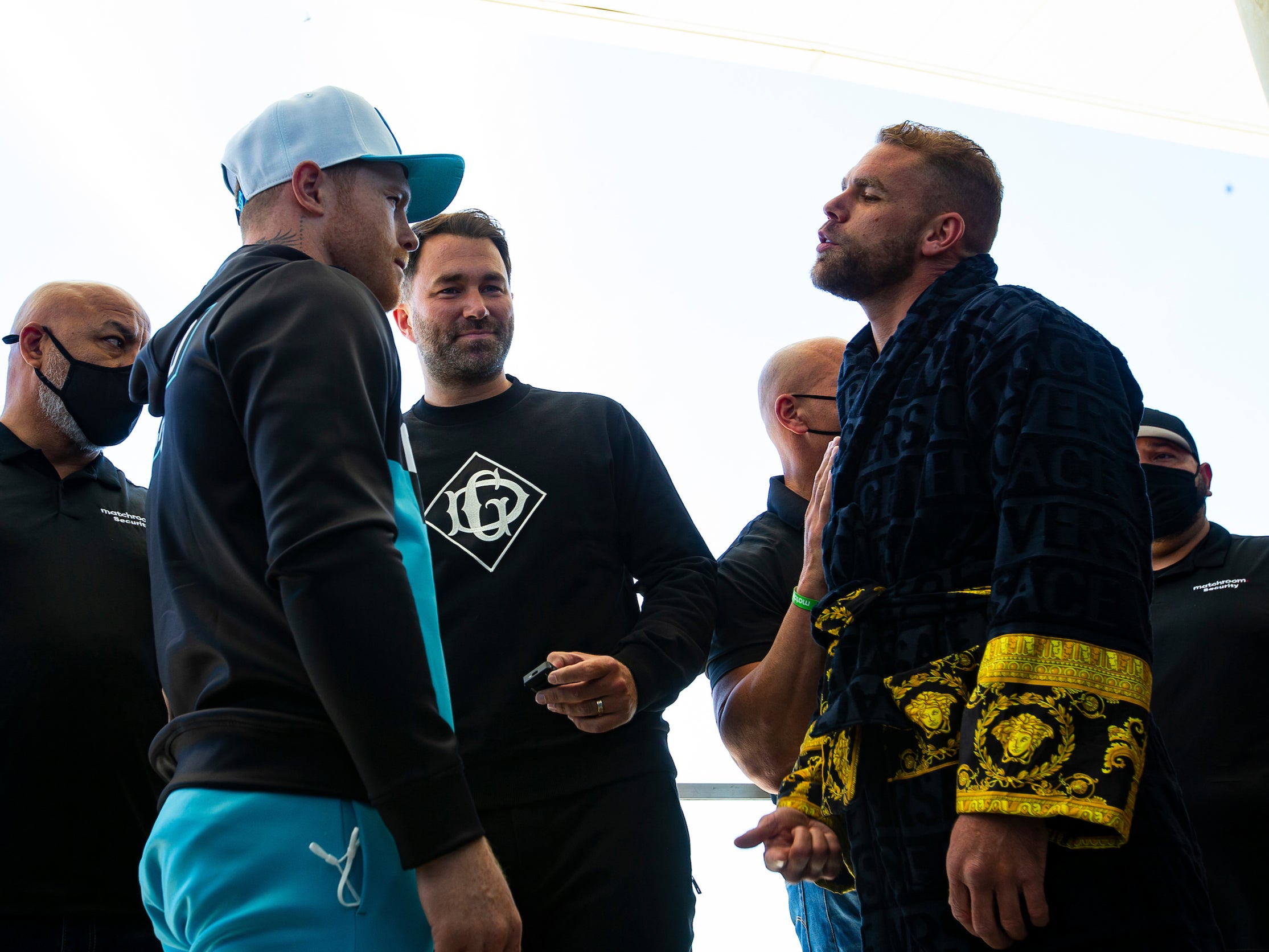 The build-up has been characterised by animosity between the fighters

Welcome to The Independent’s live coverage of the pre-fight press conference ahead of Canelo vs Saunders.