Home » Lifestyle » Center Stage's Amanda Schull: Where Jody Would Be Now — and What Role I Actually Wanted

Center Stage's Amanda Schull: Where Jody Would Be Now — and What Role I Actually Wanted

Jody Sawyer would have looked a lot different if Amanda Schull had her way. The actress, who played the lead in 2000’s Center Stage, originally wanted the role of Maureen Cummings.

The Suits actress had “several auditions” for the dance film, which began when the casting director spotted her performing at the San Francisco Ballet School. As Schull puts it, they wanted a dancer for the character, not an actress who can dance.

“After my rehearsal I got notice from one of the administrator’s from the company that they wanted me to read a script. I think I did have a scene or two for Jody. So I read the whole script the night before. I had done musical theatre — you’re supposed to be prepared with everything. So I basically had almost the entire script and character memorized,” she recalls exclusively to Us Weekly. “I went in there after I had been rehearsing so I was all red and sweaty and my hair was still up and I was still wearing a leotard. She filmed me auditioning the Jody scenes and then I think she gave me sides for Maureen. And she told me to go out in the hall and said, ‘Why don’t you work on this scene.’ And I said, ‘Oh, I do like this character more. I’d like to audition for this role please.’ … I said, ‘I just think she’s nastier. I think it’s more fun.’” 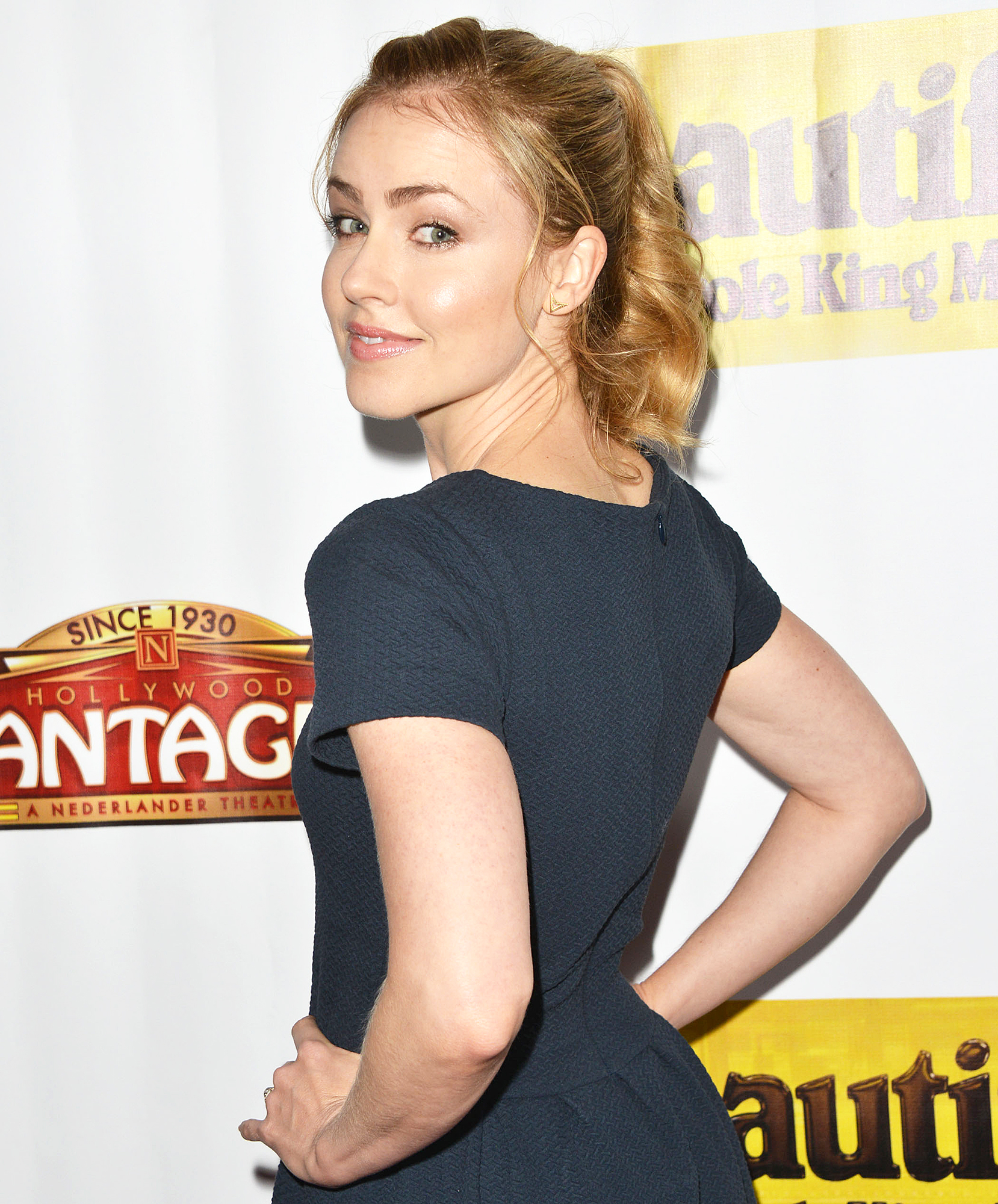 It turns out, however, that Schull had already been cast. “I went out in the hall and worked on the scenes and it turned out that she just wanted more of me on tape. While I was out in the hall apparently she called one of her bosses and said, ‘I think I just found Jody. And I’m just putting more of her read on tape.’ So then I came in and auditioned for the other role but not really realizing that they didn’t intend for me to ever get it.”

Instead, Susan May Pratt (10 Things I Hate About You, Drive Me Crazy) would go on to play Maureen, one of the best students at the American Ballet Academy in NYC vying for a spot in the American Ballet Company. Maureen, who struggles with bulimia, meets pre-med student Jim (Eion Bailey) and realizes that the profession may not be for her.

Jody, for her part, took longer to prove herself to the scouts. She also got caught in a love triangle with fellow peer Charlie (Sascha Radetsky) and bad boy teacher Cooper (Ethan Stiefel). 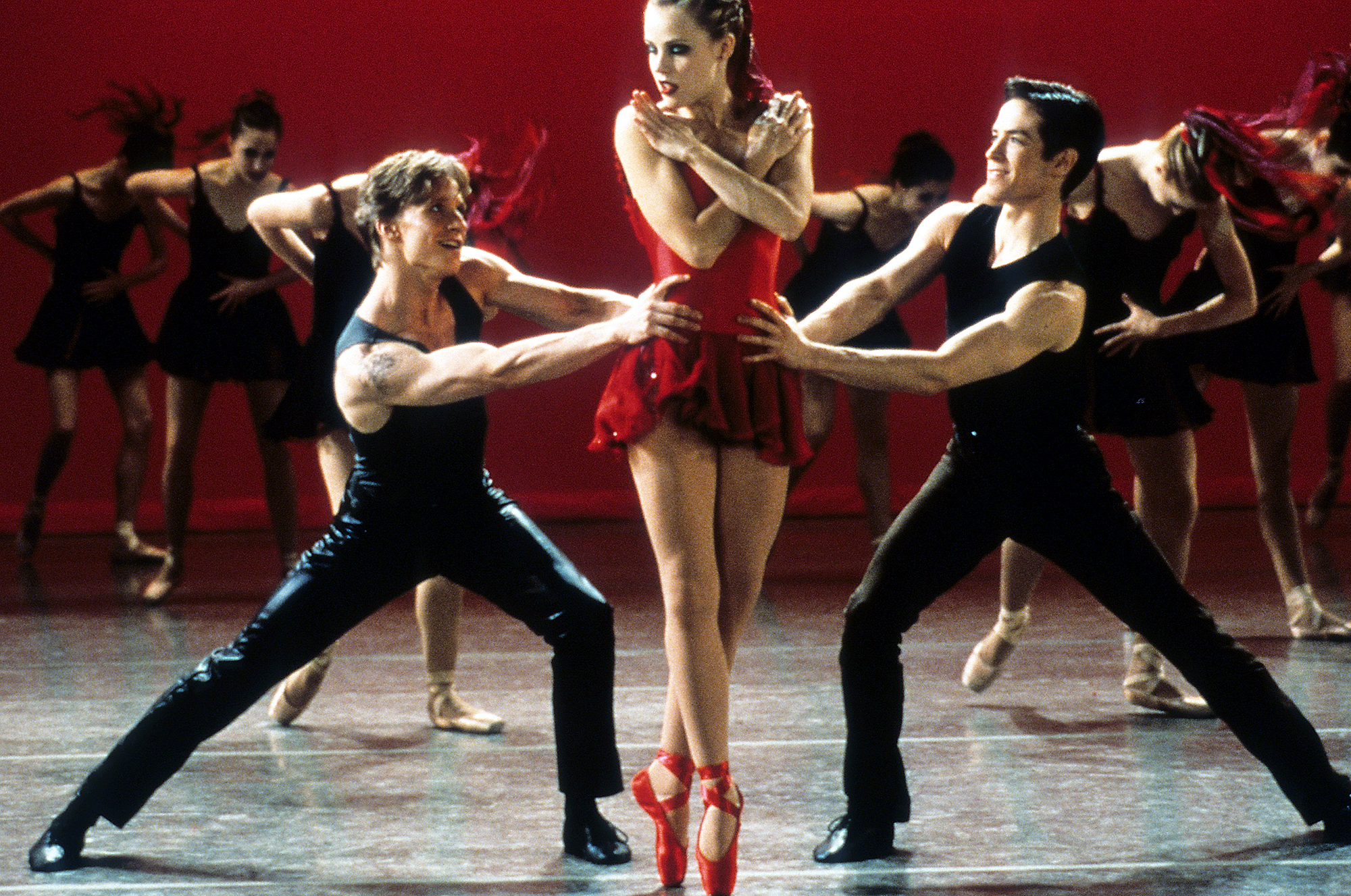 “He’s not like that at all! He really is a lovely guy. He was a principal with ABT at the time that we filmed and knew that it was a whole new thing for me,” Schull tells Us of Stiefel. “I remember one day coming back to my hotel room after a really long day and I had a voicemail from him saying, ‘Hey, I just wanted to let you know that you’re doing a really great job and I’m really impressed with your work.’ Just out of nowhere. Just leaving me a message. That’s the kind of person he was and is.”

The trio would eventually perform together in the final workshop. (Cue Michael Jackson’s “The Way You Make Me Feel”!) Jody would ultimately choose Charlie, but decided to be a principal at Cooper’s new dance company. “I haven’t thought about where she would be. She’s kind of immortalized in time to be where she left off. I think wherever she is she’s happy and she’s definitely owning her own story,” Schull tells Us. “Hopefully [she and Charlie] are living happily ever after.”

Check out the rest of her Q&A in our Now and Then series:

US: Does it feel that long ago since the film?

AS: Yes and no. It feels that long ago when I think about being able to do the dance because I don’t think that I would be able to pull off the fouettes at this stage in my life. But it doesn’t feel that long ago because I’m still friends with a lot of the people involved and I think they all look the same. I don’t know how they didn’t age. I see them and I remember my life and I remember our experience — it feels like just last summer that we did some of those things together.

US: When was the last time you did the finale dance?

AS: The day that we did it! But I still take ballet class regularly. I wouldn’t be able to do that kind of stuff in any kind of ways that should be documented on film. I can still dance I just can’t do any of the things in that way.

US: How much practice went into the number?

AS: We started rehearsing at least a few weeks before we started filming. Susan Stroman choreographed it and Ethan and Sascha and I started working before we started the filming schedule because they were in their season for ABT [American Ballet Theatre] so they couldn’t necessarily rehearse and film and perform every single day. So we had to get a lot of that in prior. And then we started the filming schedule so we sort of tabled it for a while. … It was long days. Every single one of those days was very lengthy. I think the final fouettes were done at like three or four in the morning after a very long day. It was more intense than your average either ballet rehearsal or filming schedule.

US: Was your final twirl before the curtain went down your favorite part of the performance?

AS: No! I was really nervous about that because I think Ethan is such an incredible dancer and all of the dancers that were dancing with me. The girls who were behind me were all professional dancers. They were in ABT or New York City Ballet. And that’s really — I had been given an apprentice contract. I wasn’t even in San Francisco Ballet yet. So there I am in front of these women who have already established themselves as these beautiful dancers. That’s a little bit stressful.

US: Do you still have the red dress?

US: When you hear the Michael Jackson song does it bring you back?

AS: It does bring me back a little bit! I don’t hear it that often. It’s sometimes funny when I’m in a store and it starts playing. I do kind of start dancing to it in the aisles.

US: Have you reunited with the cast over the years?

AS: I’ve seen Sascha more recently than I’ve seen Ethan. I do keep up with him on social media. It’s a really nice thing and with his wife Gillian [Murphy], who is also in the movie. I keep up with Sascha and his wife a little more regularly because I’ve actually seen him in Toronto. He was filming a Hallmark movie in Toronto. And a few of the other dancers. It’s really neat through social media because when we filmed it obviously social media wasn’t a thing. So we had to try to keep up with letters or if we were visiting the towns. I was the only one from the west coast. It’s neat to see that a lot of them are still dancing and dancing really well, which is amazing.

US: Did you and the cast hangout a lot off set back in the day?

AS: We did! We did spend a lot of time together off set. Every weekend we got together and I hosted a few times. They’d come over and we’d make dinner and just hang out around the house. I had a wonderful little apartment near Lincoln Center.

US: What’s something about the film that viewers wouldn’t know?

AS: Zoe’s [Saldana] character Eva did have another story line that didn’t make it I think for time constraints. I think there were quite a few scenes that didn’t make it because there was so much material. It would be a three-night event if we had kept all of the material.

US: Did you ever think of doing ballet full-time instead of acting?

AS: After I finished Center Stage I went back to San Francisco and I danced for seven seasons with the San Francisco Ballet. Then it was sort of a time to be over just for a number of reasons — you can’t do it forever. Your body just won’t let you do it forever. And so I still take class, I still love to dance. I would love to have an opportunity to have a role that does involve dancing because it’s still such a wonderful, cathartic release for me. But my focus is just primarily on acting now.