Ford confirmed that 125,000 of the 190,000 reservations it has received for the off-road SUV have already been converted to orders. FOX Business’ Jeff Flock with more.

The Ford Maverick is hauling in the orders.

Ford CEO Jim Farley revealed on Thursday during Deutsche Bank’s Global Auto Industry Conference that the automaker has received 36,000 reservations for the compact pickup since the order books opened on June 8.

The four-door Maverick has a starting price of $21,490 and a standard hybrid powertrain that Ford says will be rated at 37 mpg combined when deliveries begin this fall.

The Maverick is based on the same platform as the Ford Bronco Sport compact SUV and will be built alongside it at Ford's Hermosillo Assembly Plant in Mexico. An all-wheel-drive version with a conventional turbocharged four-cylinder engine is also available. 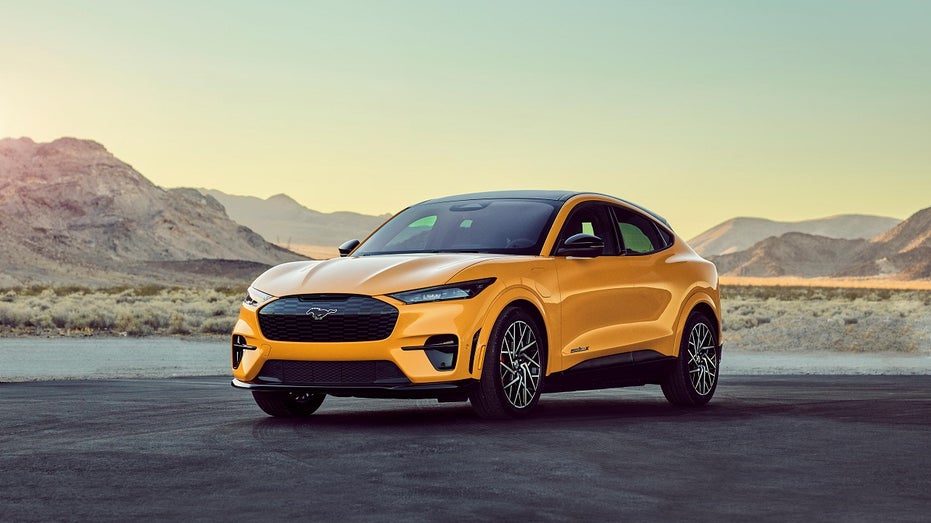 Farley also said that the electric Mustang Mach-E SUV is "sold out." Ford built 27,816 of the vehicles during the period and sold 10,510 in the U.S. It is exported from the Cuautitlan Stamping and Assembly Plant in Mexico to several countries, however, and in may was the best-selling vehicle in Norway, where plug-in vehicles dominate the market.

Ford will be adding Mach-E production in China for local sale later this year.