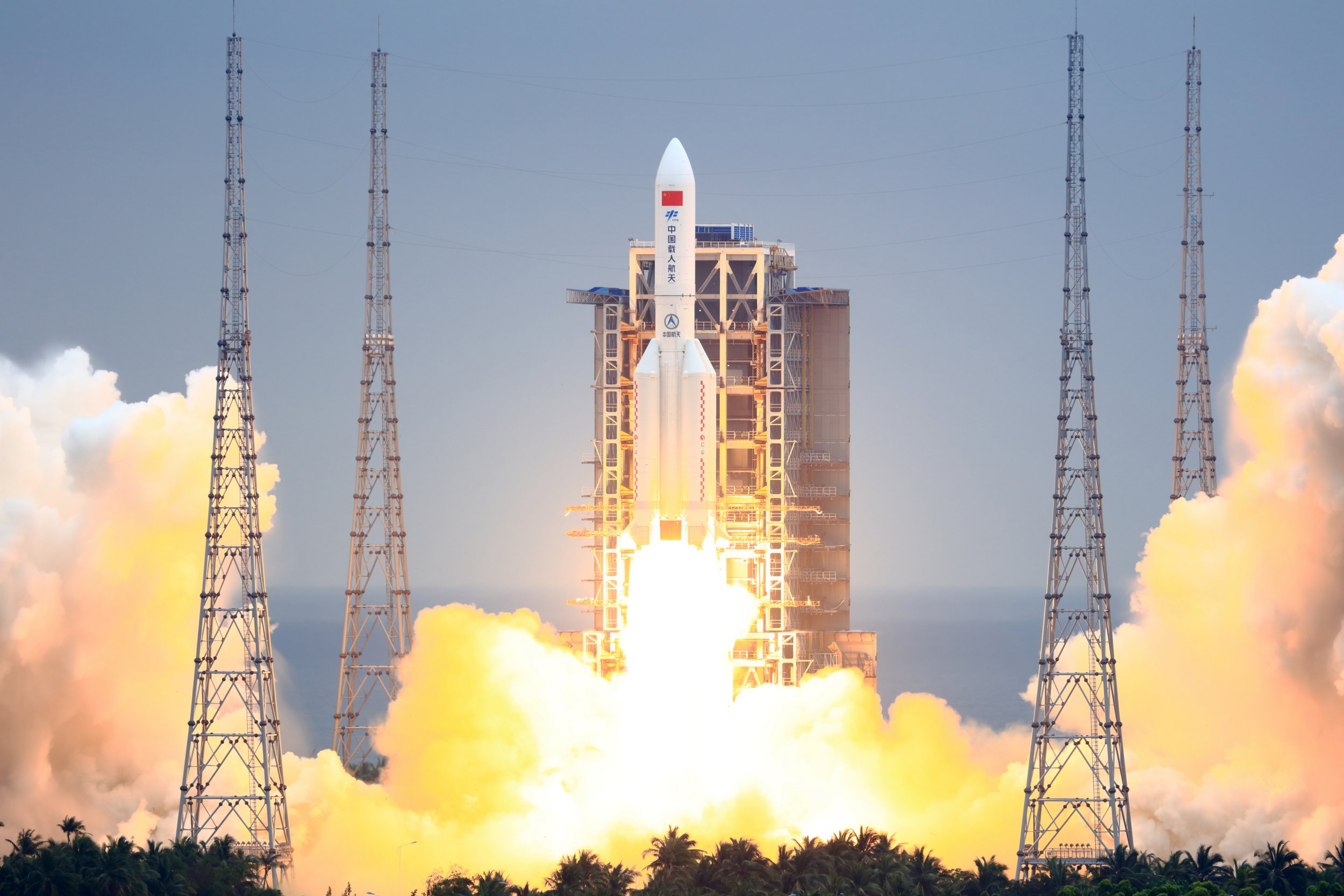 You might have heard that a defunct rocket is falling uncontrolled to Earth from space this weekend.

The 30m-tall, 22-metric-ton rocket — a Chinese Long March 5B Y2— was used to launch a module of a new space station last week.

It’s expected to fall back to Earth on Saturday, but astronomers can’t yet predict where it will land.

Although the idea of falling space debris may be scary, experts say the chances of the remnants hitting a populated area is very low.

Most of the Earth’s surface is covered in water, and many of the areas that aren’t are either empty or very sparsely populated. So the risk to humans is tiny.

In fact, only one person is known to have been hit by a piece of flying space debris. Back in 1997, an woman named Lottie Williams was hit by a piece of burned mesh from a Delta II rocket while she was walking through a park in Oklahoma.

Ms Williams, who was unharmed in the incident, previously told National Public Radio she saw a fireball in the sky before she felt a tap on her shoulder.

She said: ‘I think I was blessed that it doesn’t weigh that much… I mean, that was one of the weirdest things that ever happened to me.’

#AstroOTD On this day in 1997, American Lottie Williams became the first human to be struck by a remnant of a space vehicle after re-entering the atmosphere.

Although it’s rare to be hit by this debris, its actually very common for pieces of space junk to reenter Earth’s atmosphere.

Harvard astrophysicist Jonathan McDowell told tech publication The Verge: ‘Objects reenter almost every day, and once every few months there’s some stuff that reaches the ground.

‘But this is only the second time (after last year’s reentry of the same rocket type) in 30 years that something this massive has reentered uncontrolled.’

China’s Tiangong-1, a prototype space station, made headlines in 2018 when it too hurtled uncontrollably to Earth. Much of the station burnt up in the atmosphere, but its remnants eventually landed in the Pacific Ocean.