A member of the Chaouk​ crime family has been charged with a string of offences after allegedly breaking Melbourne's strict curfew and ramming a police car before leading officers on a pursuit.

Omar Chaouk, 39, who shot himself in the groin in 2015 while reaching for cigarettes in his pocket, was apprehended in Derrimut, north-west of Melbourne, on Sunday morning. 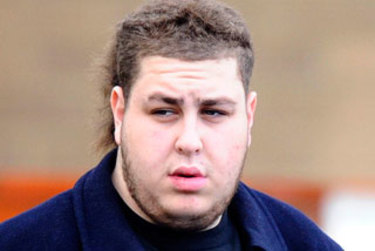 Police say Omar Chaouk has been charged with 21 offences.

Police allege they had initially found Mr Chaouk asleep at the wheel of his car in Kealba about 12.30am, when he rammed the police vehicle and sped off.

He allegedly got out of the car on Boundary Road in Derrimut, where he was arrested.

A Victoria Police spokeswoman said no one was injured in the incident.

The 39-year-old was also charged with possessing methylamphetamine, driving an unregistered vehicle and displaying false plates.

Victoria Police would not confirm if Mr Chaouk was issued with a $1652 for breaking stage four restrictions that prohibit Melburnians from leaving their homes between 8pm and 5am.

Mr Chaouk is the son of murdered crime patriarch Macchour​ Chaouk and the younger brother of Mohamed Ali Chaouk – who was shot dead by members of the special operations group during a police raid in 2005. 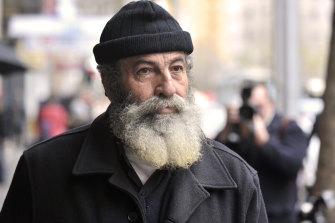 In 2015, Mr Chaouk shot himself in the groin and right testicle outside the Caroline Springs home of an associate. Mr Chaouk asked a woman at the scene "if he was going to die, and started crying", before he was driven to Sunshine Hospital.

He later asked the woman to tell police he had been playing with a pen gun.