Charles is 'absolutely devastated' by fall out with Prince Harry

King Charles is ‘absolutely devastated’ by ‘what has happened’ with Prince Harry and is ‘hopeful’ of a reconciliation, royal expert claims

King Charles is ‘absolutely devastated’ by ‘what has happened’ with Prince Harry and is ‘hopeful’ of a reconciliation, a royal expert has claimed.

Katie Nicholl, author of The New Royals: Queen Elizabeth’s Legacy and the Future of the Crown, told Fox News Digital that the King is heartbroken by the how his relationship with the Duke of Sussex, 38, has changed since his wedding to Meghan Markle.

Vanity Fair’s royal editor Katie said: ‘He is hopeful that there will be a reconciliation. I think we saw that in the very public olive branches that were extended to Harry and Meghan.’ 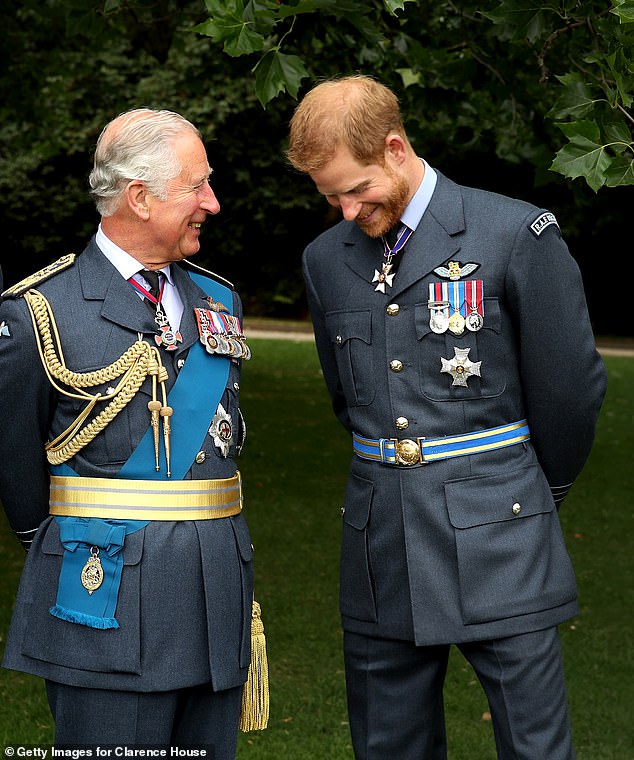 King Charles is ‘absolutely devastated’ by ‘what has happened’ with Prince Harry and is ‘hopeful’ of a reconciliation, royal expert Katie Nicholl has claimed (pictured, in happier times in 2018) 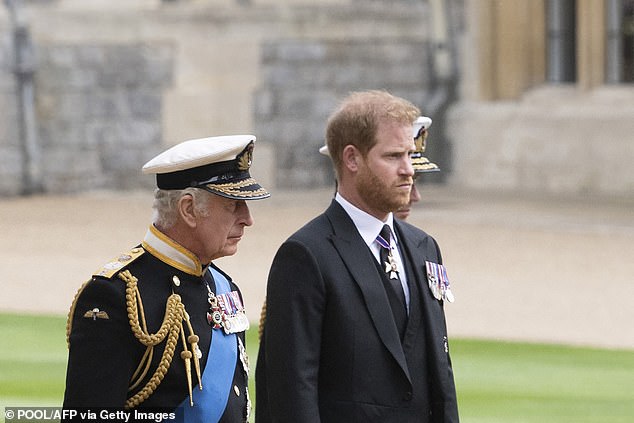 Britain’s King Charles III pictured walked side by side with his son Prince Harry, as they arrived at St George’s Chapel inside Windsor Castle for the late Queen’s funeral

Katie explained: ‘Charles absolutely has been devastated by what has happened.

‘If you think back just a couple of years around the time of the wedding, the relationship between Harry and his father was, I think, probably better than it ever had been.’

Among the many challenges facing the King in his reign, including modernising Britain’s ancient monarchy, will be how to deal with the duke and duchess, who plunged The Firm into crisis after quitting public duties for a life free from royal obligations in California – from where they have made a string of damaging allegations against the institution.

In his first address to the nation as monarch, the King appeared to extend an ‘olive branch’ to the couple. However, others believe it was no more than a PR bid for unity in the hours after the Queen’s death. 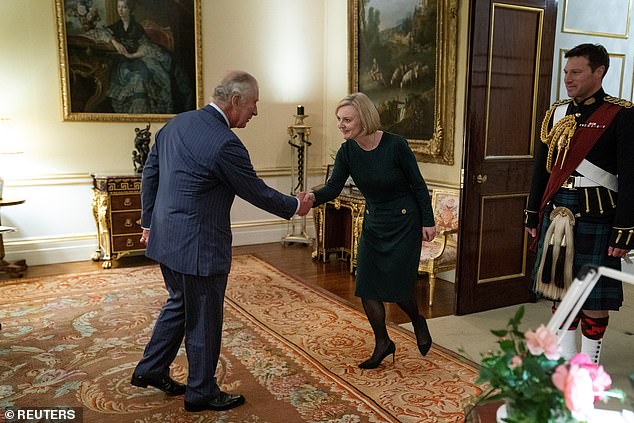 AS King Charles shook hands with PM Liz Truss at their weekly meeting viewers spotted he had some keepsakes on display, including pictures from Harry and Meghan’s Wedding 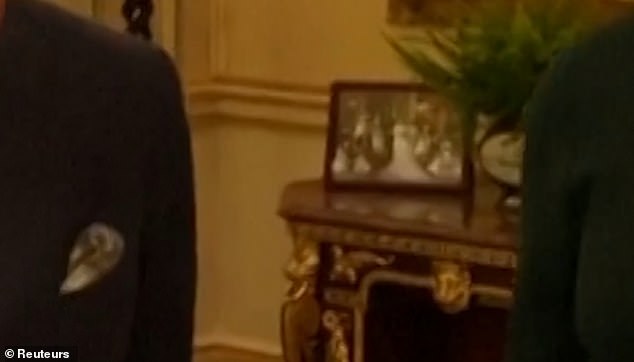 In the run-up to the funeral, Harry was apparently banned from wearing military uniform on the day, and he and Meghan were reportedly uninvited from a reception at Buckingham Palace hosted by the King for VIPs including foreign royalty, prime ministers and presidents.

However hopes of a thaw in the ‘cold war’ between The Firm and the Sussexes emerged weeks ago, after royal insiders revealed that King Charles saw ‘tremendous flickers of hope’ when he spoke to Prince Harry and Meghan at the Queen’s funeral – and even believes he might even be able to salvage the relationship with the duke and duchess.

The King’s conversations with his son and daughter-in-law at the ceremonies for the late monarch at Westminster Abbey and Windsor Castle left him feeling hopeful that he could mend relations with the Sussex after their acrimonious departure from the royal family.

An insider told The Telegraph: ‘It remains the case that the King loves both of his children. 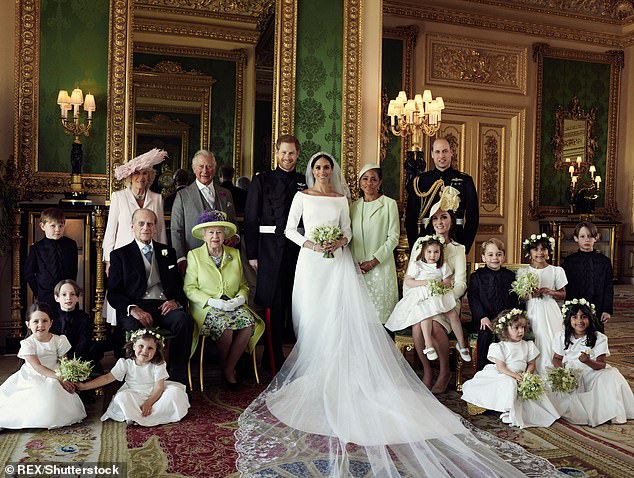 The photograph appears to be this one, a shot of King Charles and Queen Camilla, the late Queen Elizabeth alongside the late Prince Phillip and Meghan’s Mother Doria Ragland next to Prince William of Wales and Princess Charlotte of Wales taken in the drawing room at Windsor Castle

‘Over the last 16 days or so, there were tremendous flickers of hope. In terms of the future, there is hope of a cause for unity.’

And this week it was reported that despite the tension, King Charles may still hold Prince Harry and his wife in high esteem as eagle-eyed viewers spotted a photo of the pair at Buckingham Palace as he greeted UK Prime Minister Liz Truss.

A short clip showed the monarch greeting Prime Minister Liz Truss at his royal residence in London this week for the first of their regular weekly audiences.

And a photograph could be seen positioned on a table in a room there, showing the Duke and Duchess of Sussex at Windsor Castle following their wedding in May 2018.

Prince William and Kate were also in the photograph with Princess Charlotte and Prince George. Prince Louis was not there, having been born just four weeks earlier