KEPA ARRIZABALAGA made yet another howler after a defensive mixup against Southampton.

The Spaniard was played a terrible pass back by defender Kurt Zouma, which put Che Adams through on goal. 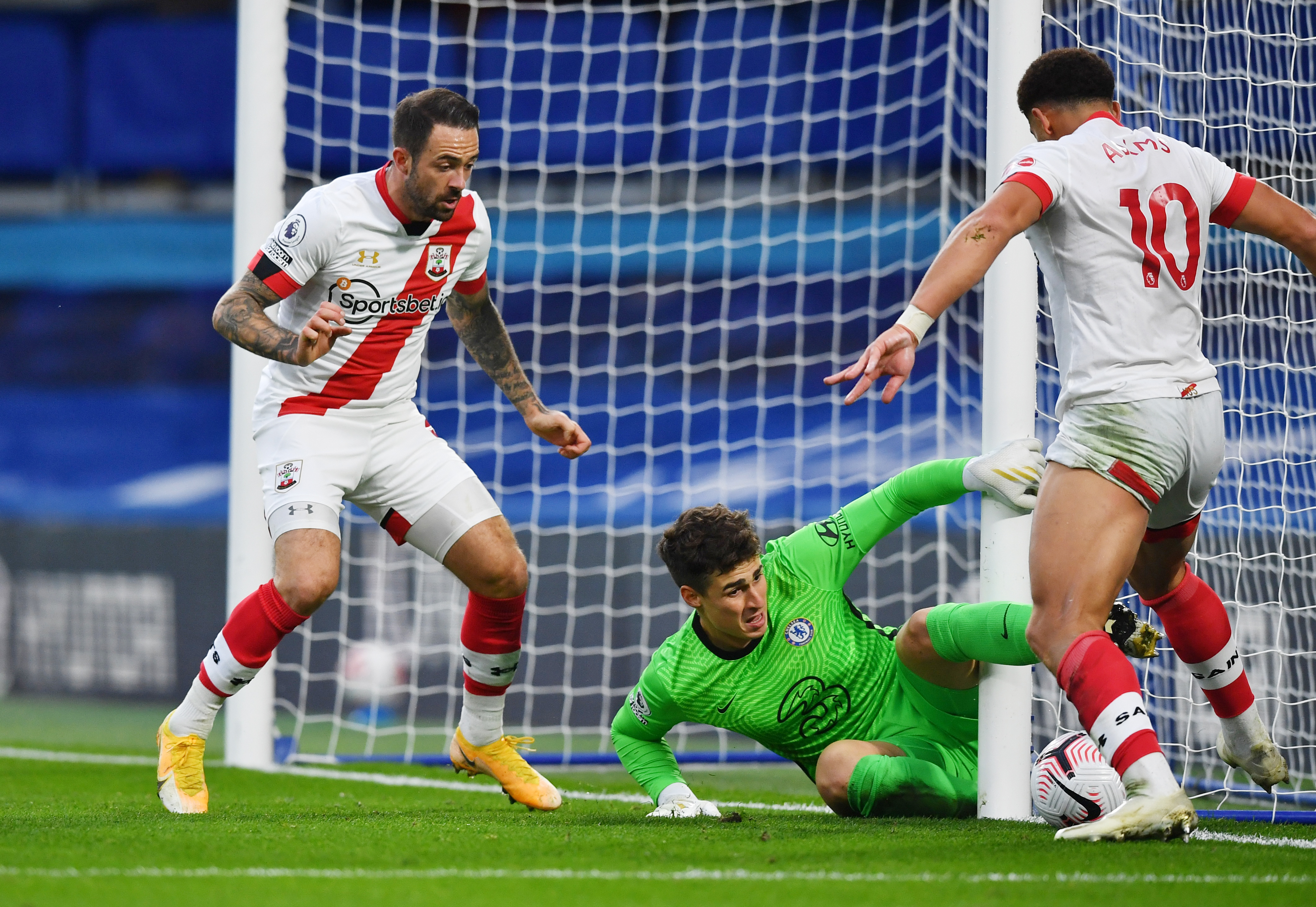 Kepa looked hesitant as he came off his line and completely pulled out of a challenge on the striker.

Adams kept the ball in and after getting it out of his feet, he was able to smash through into the roof of the net to level the game at 2-2.

World record keeper Kepa – signed from Athletico Bilbao for £71.6 million in 2018 – was only handed a start with summer arrival Edouard Mendy injured.

Premier League legend Gary Lineker tweeted: "So many goals, I can’t keep up. Bit like poor Kepa at the moment.

"Another cracking goal from Chelsea makes it 3-2. Love that fact that no one can defend well anymore."

Another said: "That is awful by Zouma and what absolutely cowardly behaviour by Kepa."

Kepa had started the game confidently, pulling off a good early save.

But replays showed he was favourite to beat Adams to the ball, but failed to clear or attempt a tackle.