Home » Lifestyle » Chipotle to give away 130,000 free burritos during NBA Finals: How to score yours

Chipotle to give away 130,000 free burritos during NBA Finals: How to score yours

Chipotle is getting in on the NBA Finals fun.

The chain announced on Wednesday that it will be giving away up to $1 million worth of free burritos — which is about 130,000 burritos — during the NBA Finals games by hiding a different keyword in their TV commercials during each game.

Fans who catch the keyword can text it to 888-222 in order to get their free burrito, according to the announcement.

Chipotle has agreed to give away a different number of burritos per game. For each of the first two games, on Tuesday and Thursday, Chipotle promised to give away 10,000 burritos. 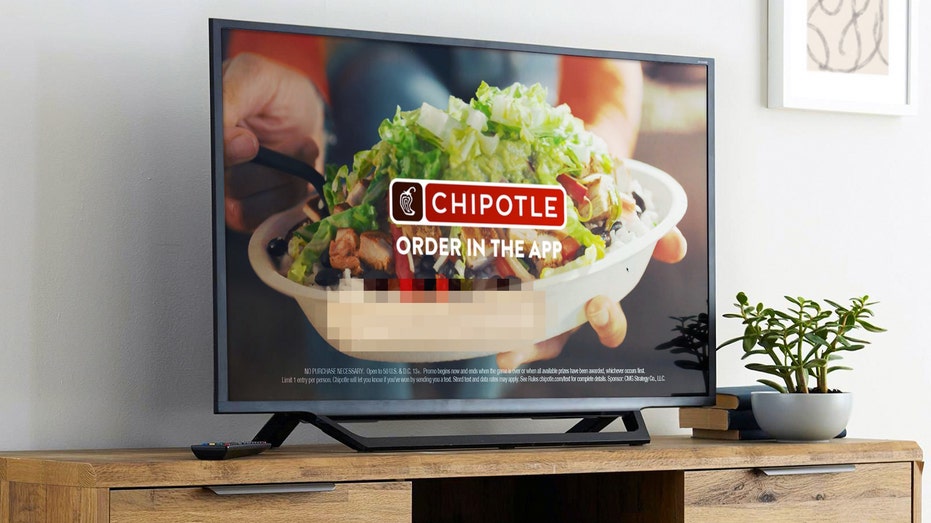 Chipotle will air a broadcast TV commercial with a keyword hidden in the end card during the remaining games in the NBA Finals. To score a free entrée, fans will have to texting the keyword to 888-222.  (Courtesy of Chipotle)

If the fifth game is played, Chipotle will be giving away 40,000 burritos, and another 10,000 burritos for each night of the sixth and seventh games.

However, if the final three games are not played, Chipotle said it won’t give away more burritos, per the giveaway rules.

"The final games of the basketball season are arguably some of the most entertaining moments of the year," Chris Brandt, Chipotle’s chief marketing officer, said in a statement. "Along with the high-profile player matchups, off-court storylines, and fan interactions, our hidden code giveaway creates another 'game within the game' and elevates the viewing experience for our fans during breaks in the action."

Fans who want to get their own free burrito have to make sure they text the hidden code before the live telecast of the game ends or before Chipotle runs out of free burritos, the giveaway rules say.

According to the rules, the giveaway is open to residents of all 50 U.S. states and Washington, D.C., who are at least 13 years old or older. However, the giveaway is limited to one entry per person.

However, Chipotle isn’t the only chain to make promises related to the NBA Finals.

Taco Bell recently announced that it will be giving away free Doritos Locos Tacos if a team that is behind at halftime ends up winning the game, FOX Business previously reported.

According to Taco Bell’s website, the date of the free taco giveaway will be announced if a team is able to win under the right circumstances.