Home » Lifestyle » CHRIS HASTINGS on the Last Night of the Proms

CHRIS HASTINGS on the Last Night of the Proms

A socially distanced orchestra, no Promenaders to belt out the classics and wave their Union Jacks… but at least the woke warriors took a back seat at the Last Night of the Proms, writes CHRIS HASTINGS

On the night, the rousing strains of Rule, Britannia! echoed around an empty Royal Albert Hall after a battle that saw patriotism triumph over ‘woke’ political correctness.

The BBC caved in to public pressure over the Last Night of the Proms and the pared-down concert did little to dent the enthusiasm of millions of viewers at home.

Covid laws meant there were no Promenaders to enthusiastically wave their Union Jacks to the familiar melodies, including Land Of Hope And Glory. 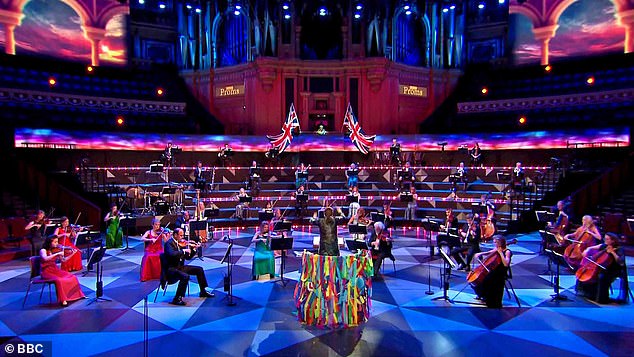 Instead, soprano Golda Schultz last night belted out a handful of the iconic tunes alongside 44 socially-distanced members of the BBC Symphony Orchestra, conducted by Finnish star Dalia Stasevska.

But traditionalists were aghast at a radical reworking of Proms classic Jerusalem by Belize-born British composer Errollyn Wallen that fused elements of blues and African music with the original tune .

Perhaps anticipating the backlash – with Twitter users accusing the BBC of ‘trashing’ and ‘murdering’ the hymn – host Katie Derham assured viewers that the traditional version would be played later. 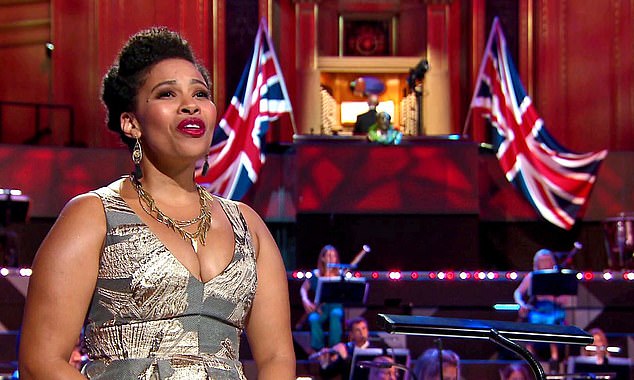 Soprano Golda Schultz (pictured) belted out a handful of the iconic tunes alongside 44 socially-distanced members of the BBC Symphony Orchestra, conducted by Finnish star Dalia Stasevska 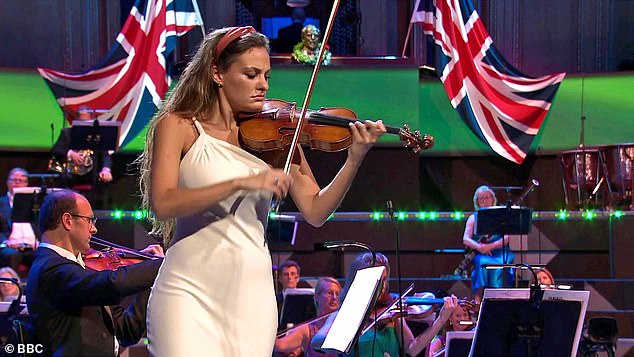 Violinist Nicola Benedetti (pictured) played Vaughan Williams’ The Lark Ascending, which was intercut with idyllic scenes of the British countryside

Ms Wallen, 62, had previously said her version would be dedicated to the Windrush generation and yesterday admitted it was ‘radically different’, suggesting that sometimes traditions should change.

But she insisted on Radio 4’s Today programme that she was trying to ‘get closer to what I feel is the original meaning of [William] Blake’s text – very searching and asking questions’.

Also presenting were actress Adjoa Andoh and broadcaster Richard Coles who said: ‘It is so moving to hear live music again. It’s like water in the desert.’

Corporation bosses had originally planned to include only instrumental versions of the nation’s historic songs amid claims their lyrics were racist and celebrated colonialism and slavery. 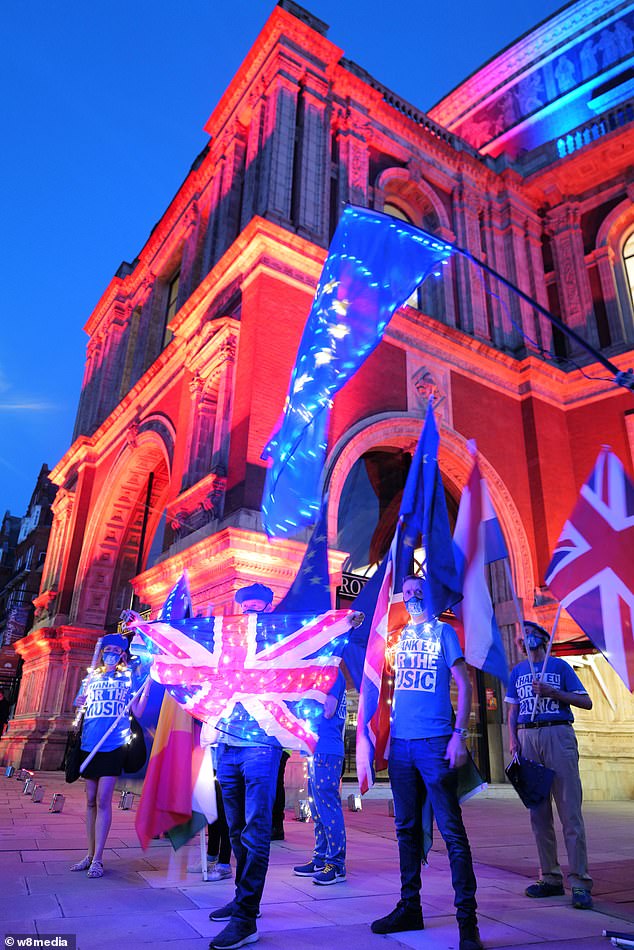 STAYING OUT: Anti-EU protesters gathered outside the Royal Albert Hall

But it was forced into a U-turn after pressure from musicians, MPs and an outraged public.

Despite the volte-face, the Corporation broke with tradition and rather than Ms Schultz singing Rule, Britannia!, it was performed from the stalls by 18 BBC singers – the first time a chorus has sung the stirring number since 2007.

Before the event, the BBC said they were doing ‘everything possible to make it special’ adding: ‘We think the night itself will be a very special moment for the country – and one that is much needed after a difficult period for everyone.’

Critics said the BBC appeared to have hit the right note. Composer Debbie Wiseman told The Mail on Sunday: ‘It’s a well-chosen programme and everything seemed to work well.

‘Of course it was never going to be exactly the same as in previous years, but the acoustics in the room meant an orchestra of 44 musicians sounded more like 80.’