While she has yet to officially confirm she’s back with her ex-fiancé, Clare Crawley’s Instagram after her reported Dale Moss reconciliation is pretty telling, IMO. On March 2, the former Bachelorette took to her Stories to share a quote about "great, deep, soul-shattering love" from relationship expert Mark Groves, which seemingly hints at her rumored reunion with Moss.

"The trick is, you have to want to experience great, deep, soul-shattering love more than you want to protect yourself from hurt," the passage read. "Because truthfully, we can never guarantee we won’t get hurt, but what we can guarantee is that in the process of protecting ourselves, we will also be preventing ourselves from ever feeling fully loved." Phew. That’s a lot.

Crawley and Moss first sparked reconciliation rumors on Feb. 16, when multiple sources shared pics that seemingly showed the exes hanging out together in Venice, Florida. "Dale had regret over everything that happened between him and Clare and has been reaching out to her recently," a source reportedly close to Crawley claimed to E! News on Feb. 17. "She finally caved and decided to answer his calls and talk it out with him." However, the source for E! News reportedly claimed the two weren’t officially back together just yet. 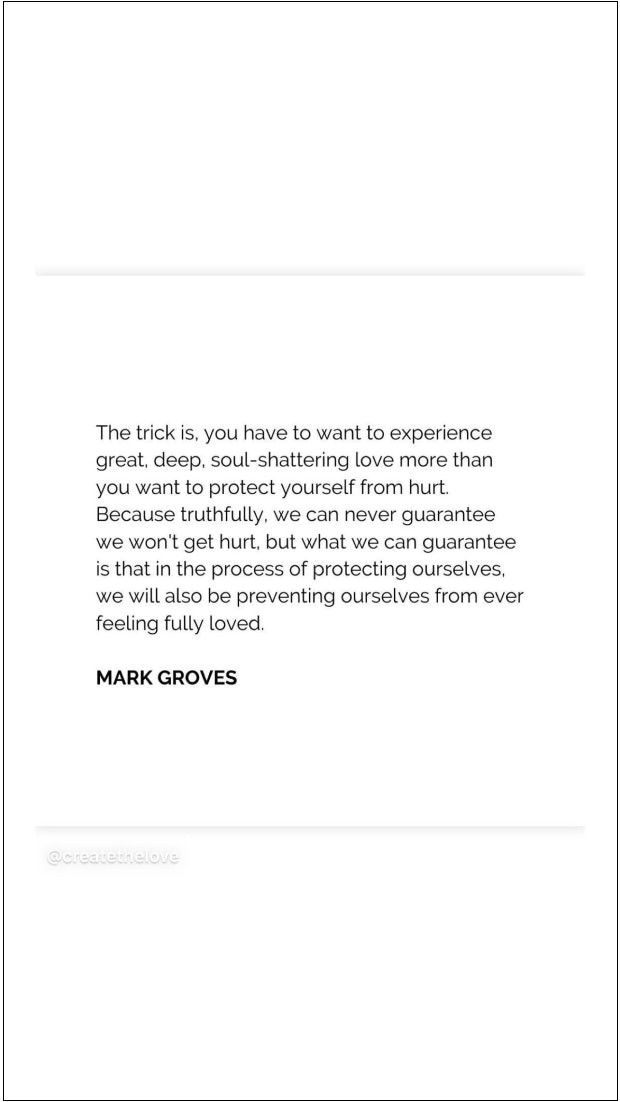 But then, just a few days later on Feb. 19, a source for Us Weekly reportedly claimed the exes were back on. "Dale has been pretty secretive with friends when they’re asking if he’s back with Clare, but it’s obvious to everyone that they’re back together," the insider reportedly claimed. "They’re just figuring things out and enjoying spending time together." Considering how messy their January breakup was, fans were more than a little shocked by the reported reunion.

Crawley seemingly confirmed she and Moss were back together on Feb. 21 when she posted a pic on Instagram that included Moss’ feet in the background. To make things even more sus, Crawley was also wearing a silver band on her left ring finger in her pic. That same day, the Daily Mail published pics that seemingly showed the two kissing and holding hands on the beach. If that isn’t confirmation these two are back on, then I don’t know what is.

https://www.instagram.com/p/CLkvNzNnwuk” data-shortcode=”CLkvNzNnwuk” data-instgrm-captioned>If Crawley and Moss did decide to kiss and makeup, here’s hoping their "great, deep, soul-shattering love" doesn’t end up with anyone getting hurt (again).