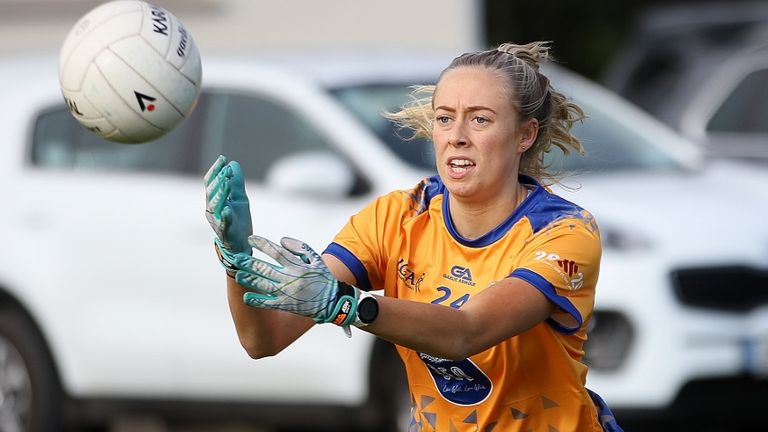 Life as an elite sportsperson means it’s rare that you take to the field or court without carrying a knock of some variety, but imagine what it’s like to try and play inter-county football while suffering with a chronic illness.

That has been the case with Clare ladies footballer, Clíodhna Blake, who made her county debut in 2018. Since then she had had three surgeries over three interrupted seasons and was eventually diagnosed as suffering with Crohn’s disease.

According to the HSE, Crohn’s disease is a chronic condition that causes inflammation of the lining of the digestive system, with symptoms including abdominal pain and cramping, diarrhoea, fatigue and weight loss, all of which affect sufferers to varying degrees.

Blake, a 22-year-old UL student, admits she ignored the difficult symptoms of Crohn’s in an attempt to succeed in the Clare colours, but she was delighted to be fit to feature last November in the TG4 Intermediate Championship – just six weeks on from her third surgery.

“A lot of people don’t really know what Crohn’s is. It’s very like colitis, but it affects you anywhere from your mouth down to your intestines. It affects everyone differently,” said Blake.

“For me, flare-ups were worse a few years ago. I’d get abdominal cramps, I’d be fatigued too, and that was the way it affected my football most. I’d have to retire from training and things.

“The flare-ups were the big problem. You have these symptoms and they just get worse. That’s why I ended up having the three operations that I’ve had. The symptoms were bad at the time, but I am on top of it now. Since my last operation, things are good.” 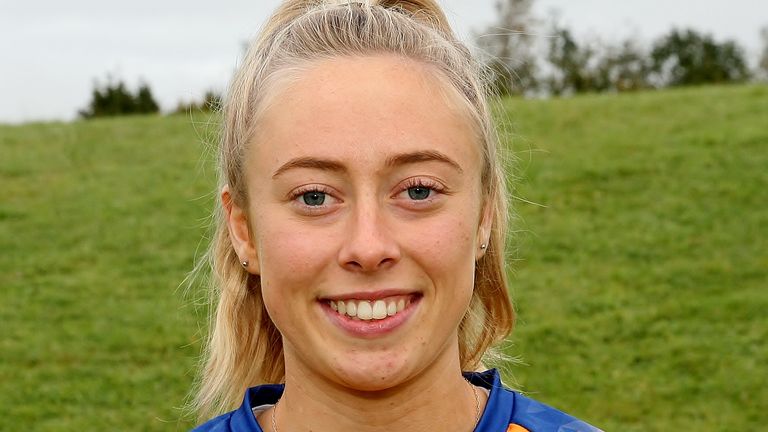 Since my last operation, things are good.

Blake is looking to put her troubles behind her.

The way that the Doonbeg club member has battled back time and again from surgery is certainly an inspiration to her team-mates, who she says have been a huge support throughout her lay-offs. Despite being unable to train, Blake continued to attend training, carried water and waited patiently, while she forced her way straight into the starting team at corner forward for their three TG4 Intermediate Championship group games in 2020 – despite not having played a minute of club football that year.

While there is no known cure or cause for Crohn’s disease, she has the symptoms under control now thanks to a strict fitness, diet and medicinal regime.

“Diet does aggravate it, but it’s not the cause of it. I’m on medication, so it is being dealt with by my doctors. I am able to manage it with a balanced diet,” she explained.

“When I was diagnosed first, I wasn’t aware of my own food, but it’s about getting the right nutrients in. There were stages when I wasn’t able to eat certain foods, like greens. It’s strange, but the healthiest foods, I couldn’t eat them.

“Some parts of my intestines won’t absorb food, so if I can get the right nutrients in I can keep on top of it. At the moment I don’t absorb Vitamin B12 so I have it eat foods high in that.” 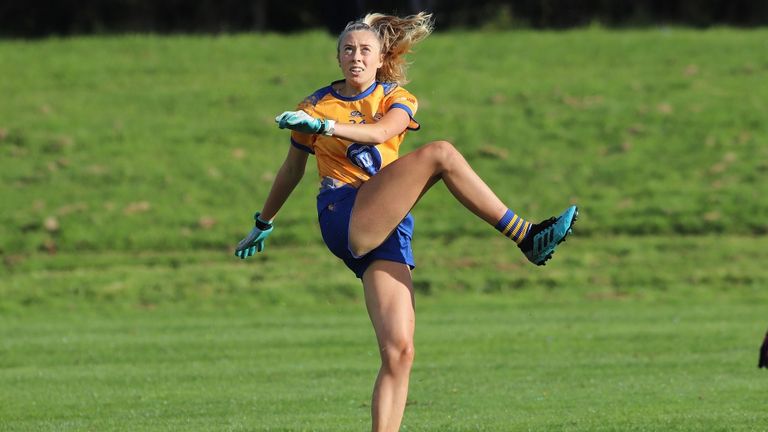 She continued: “What I’d tell people is to check everything, any pains they have. I left it on the long finger because I wanted to keep playing. I told myself it was nothing. If I went earlier, I could have avoided an operation, especially in 2019.

“But I put it off and ignored the symptoms because I wanted to play. Visiting your doctor is very important if you have any pains, especially for Crohn’s. I visit the doctor regularly now, with any problem I go now.”

It’s fair to say that football is in the Blake blood. Clíodhna’s father, Pat, was part of the Clare men’s panel that won the 1992 Munster Championship, but his death in 2017 was a devastating blow to her family and the Doonbeg community.

While that heartbreak has eased slightly over time for Clíodhna, the knowledge that she is following in her father’s footsteps has fuelled her levels of determination.

“I would have grown up with football with dad at home. It was all about football. He had us kicking everywhere. We live close to the beach so we’d be down there or in the back yard. My two brothers [Cillian and Conor] and my sister [Nollaig], he had us all out doing drills,” he explained.

“He was a massive influence on me. He got me involved in Clare football from a young age in development squads. He was on the sideline even for matches he wasn’t even supposed to be on the sideline for. He was great.

“He would have seen me playing up along underage, but I suppose he would be proud of me now playing for the Clare Intermediates. That’s what keeps me going at the moment.” 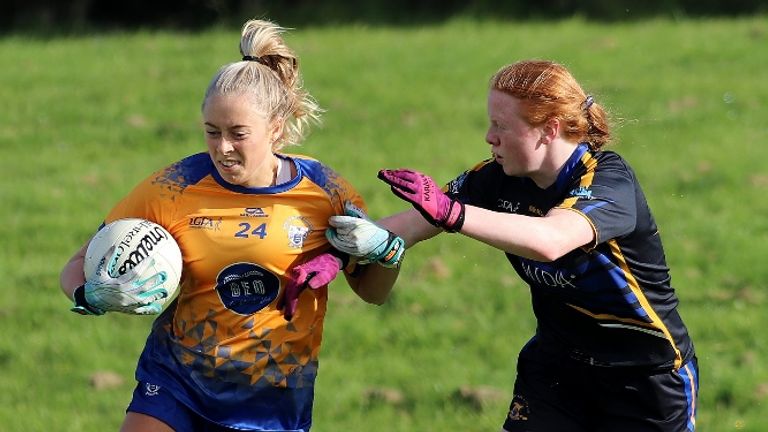 Launching into the 2021 season symptom free is a huge lift for Clíodhna. She aims to be part of the Banner side that takes on Wexford, Kerry and the Meath team that ended their 2020 hopes, when the Lidl National League starts on 23 May.

Having a solid pre-season and her best spell of health in years has her spirits soaring, but perhaps understandably, Clíodhna’s mother, Anne, is protective of her daughter and wasn’t keen on her making such a quick return to the training field last year.

“I had about six weeks between when I had the operation and when I went back training. I was itching to play; I was watching all the club matches and wanted to be playing.

“The first operation I had I had a slower recovery. I took a few months…most of a year out. But then I found that I enjoyed walking and small bits of exercise. I started running again and eventually got back into football. It’s what I enjoy the most so I never really considered quitting.

“Mam was trying to encourage me not to go training; she wouldn’t have been a big fan of me going back to full contact. My sister is a physio as well so she was able to advise me about when I was able to go back.

“I was a bit iffy at the start, but after a couple of days I realised I was grand and able for contact and everything.

“Having that support was huge though. Everyone has been so good to me. Our manager last year, James Murrihy, our new manager Evan Talty and the team allowed me to come to training still and just be involved.

“I was still able to show up to training even though I couldn’t train. I was still involved with the team. That’s probably what kept me in it.”