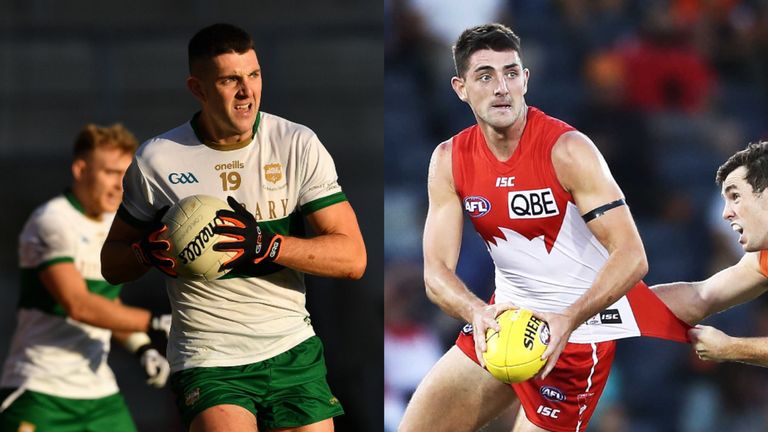 2020 will be remembered for a lot of reasons in GAA circles.

It has been the year of the club player – an interrupted summer of club action all around the country, with a ban on intercounty activity until mid-September.

It has been the year of empty stadia; the pandemic ensuring games are played behind closed doors, in eerie silence.

And it has been the year of the Australian Rules player, oddly enough. Conor McKenna’s thunderous return for Tyrone showed that it doesn’t take long for former Gaelic footballers to re-adjust to their former code. Conor Glass featured for Derry, having also quit Australian Rules to return home.

But when the GAA Championships overlapped with the AFL off-season, the possibility of current professional players lining out of their counties was raised.

Of course, this came to fruition when Collingwood star Mark Keane pulled on the Cork jersey and dealt the knockout blow to Kerry in the Munster Championship.

But on Sunday afternoon, it was all about Colin O’Riordan in Páirc Uí Chaoimh. The Templemore native played a starring role for the Premier, as they ended an 85-year wait for provincial glory. “David came to me and asked ‘what are the chances?'”

“That’s the dream of every kid when you’re starting off playing football at underage – to be there on the big occasion,” said the 25-year-old.

“Obviously this year my circumstances were a bit different than the usual ones. I asked them and they granted me permission, I can’t have anything but good things to say about Sydney. They gave me the opportunity to play here today and like you said, gave me my chance to make my dreams come true and for that I’ll be forever grateful to them.”

So what prompted him to approach his employer, to seek permission to play?

“To be honest with you, it was the Munster final to me that was the big one,” he explained.

“Obviously you want to be there with the lads and all that, but at the same time you grew up playing with Tipp and you realise the year that’s in it with Bloody Sunday and that, and you want to be part of it, that’s the biggest thing.

“When David [Power] came to me and asked ‘what are the chances?’ I said I’d ask and give it a go. They came back to me and said ‘look, we have no objection to you playing in the Munster final,’ and to me that is something I will be forever grateful for.”

Watching Keane’s goal for the Rebels two weeks ago allowed him to dream.

“To be honest it did, but it’s a separate thing as well. To me, I didn’t mention Mark or the fact he’d scored the goal, I didn’t go down that path at all,” he explained.

“I just put in an emotional plea to them and explained to them what it means for me to play for Tipp football. Like I said, they came back to me with the great news to give me permission.

“Looking at Mark scoring the goal, it was hard at the time but did it trigger anything with me? I’d probably say it didn’t, but maybe it did subconsciously.” 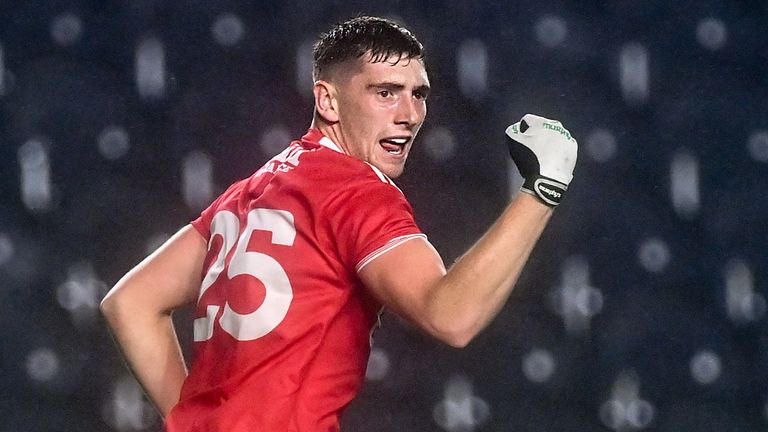 It was something which he had not imagined about a few months ago.

“It didn’t even cross my mind,” he said. “Honestly, I didn’t even know if I was going to get home from Australia there for a while, so it was just a case of when I did come home and the season was actually on – it was just the luck of the draw really.”

Having missed some famous days for Tipperary football due to his decision to pursue an Aussie Rules career, he was thrilled to be part of this one.

“I always say that was one of the most emotional rollercoasters I had, just watching [the 2016 All-Ireland semi-final] at two in the morning,” O’Riordan outlined.

“That was a hard one to stomach, especially because it was my first one gone, Tipp had such a good year that year. But we’ve another opportunity now, and it’s great to be back in an All-Ireland semi-final.

“From a selfish point of view it would have been [heart-breaking to miss out], that’s the reality of it. I want to be playing for Tipp and giving all I can for Tipp and ever since I was year dot that’s all I wanted to do. If I’m being honest, and being selfish, it probably would have been heart-breaking looking at the lads. But at the same time I know the calibre of lads we have out there, we actually have 41 lads that are training with us, to me that speaks volumes of where Tipp football has got to.”

Focus now turns to the All-Ireland semi-final against Mayo – a game that will be live on Sky Sports Mix. But O’Riordan has some hurdles to clear before he can be sure he will be involved:

“I’ll liaise with Sydney again and see what the story is. I’m not going to say I’m going to definitely be there. If they tell me they don’t want me to play then that will be it. As sad as that is, I’m contracted to Sydney. Look, I’ll liaise with them, and fingers crossed.”

Make sure to tune into Inside The Game – our weekly GAA discussion show – on Sky Sports Mix every Wednesday evening.

Related News:
TV and Movies
Emmerdale's Ben admits he wants to rip Aaron's clothes off as they go on a date
Who is Samuel Brennan and how old is he?
How Much Is Sofia Pernas Actually Worth?
Kumail Nanjiani to Star as Chippendales Founder in Hulu Limited Series 'Immigrant'
WarnerMedia-Discovery merger is expected to create $3 billion in savings — here are some of the jobs at risk
Recent Posts