CONOR McGREGOR called himself the '155lb world champion' after Khabib Nurmagomedov's retirement and urged the UFC to 'book it'.

Nurmagomedov retired in October, but UFC president Dana White hoped to convince the unbeaten Russian into one final fight. 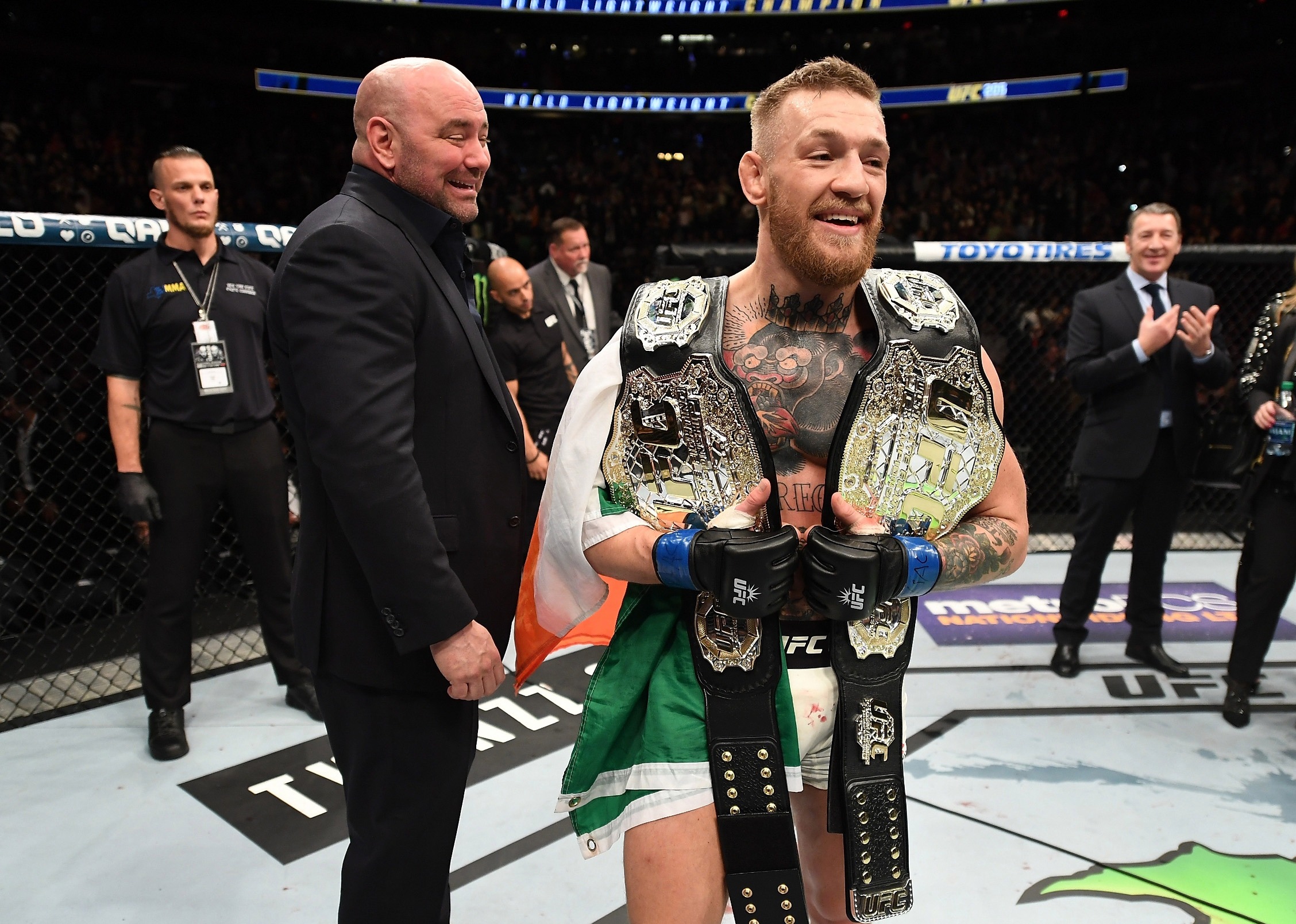 But after another meeting with Khabib in Las Vegas, White announced the lightweight champ was officially hanging up the gloves and vacating his title.

McGregor, who lost to his bitter rival in 2018, sent him a congratulatory retirement post, which included a few subtle digs.

But he later appeared to declare himself the new lightweight king and called on the UFC to put him in a championship fight.

The UFC have already pressed ahead to find a new champion, with Michael Chandler set to headline UFC 262 against Charles Oliveira for the vacant crown.

Oliveira, 31, is currently on an eight-fight win streak, while Chandler, 34, debuted in the UFC in emphatic fashion in January.

He knocked out Aussie Dan Hooker, 31, in round one of the UFC 257 co-headliner on Fight Island in Abu Dhabi.

In the night's main-event, McGregor suffered a disastrous return after 12 months out as he was knocked out by Dustin Poirier, 32.

The Irishman, who initially beat Poirier in 2014, is now set for a summer trilogy with the American, possibly in July.

McGregor's loss ended hopes of a rematch with Nurmagomedov, 32, who told White he was uninterested in a comeback.

The former two-weight UFC champion aimed a parting shot at Khabib on Instagram, disguised in a retirement message.

McGregor wrote: "Happy retirement kid, smell ya later. Never forget who came in the game and made ye. Straight from my big Irish balls.

"Remember folks, if you hate cutting weight so much, all you have to do is move up a division."