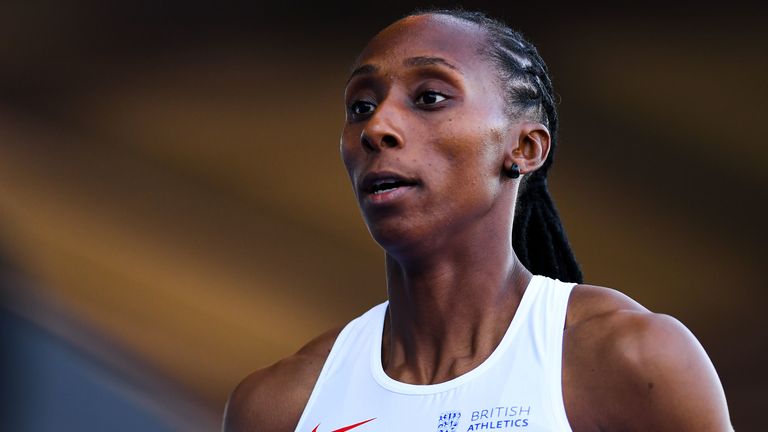 Corinne Humphreys is a sprinter and coach who competes for Great Britain and also represented Team England in the 100m at the 2018 Commonwealth Games.

She is a core member of the new Athletics Pride Network and a Sport Champion for Stonewall, the LGBT+ charity behind the Rainbow Laces campaign which is supported by Sky Sports.

To mark Lesbian Visibility Week, Sky Sports News reporter and presenter Jessica Creighton invited Corinne to discuss how her identity has impacted on her athletics career, the importance of inclusion initiatives, and similarities between their respective experiences as black women who are LGBTQ…

JC: Happy Lesbian Visibility Week! What does it mean to you?

CH: This week is important for me personally because I’ve seen people that I didn’t even know were lesbians presented to the world in such a positive light. So many people that aren’t normally celebrated are being put to the forefront and people are seeing their greatness. 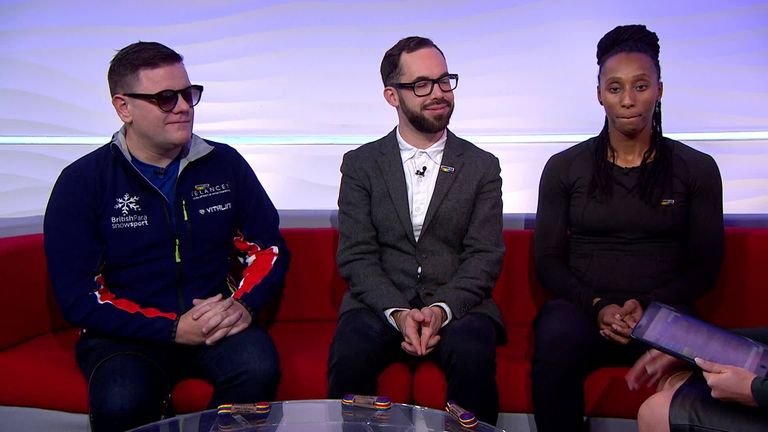 Yeah, it’s certainly shone a spotlight on the community, which is really empowering. You refer to yourself as a black, British lesbian and you say it with a smile on your face, which is such a beautiful thing. How did you get to a place of feeling comfortable using those specific terms when so often they are seen as dirty words by wider society?

I think just by getting older and reflecting on why I felt uncomfortable in the first place. Over the years, I’ve really got to the bottom of a lot of things. There was this voice in my head making me uncomfortable and it wasn’t actually my voice. So now, I’m just listening to my own voice and I’m very proud of who I am and what I’ve overcome.

So whose voice was it?

It’s the media, it’s things you hear in music, it’s slurs that you hear when you’re younger. It’s a lot more progressive now but back then, there were negative voices when it came to being black and gay. 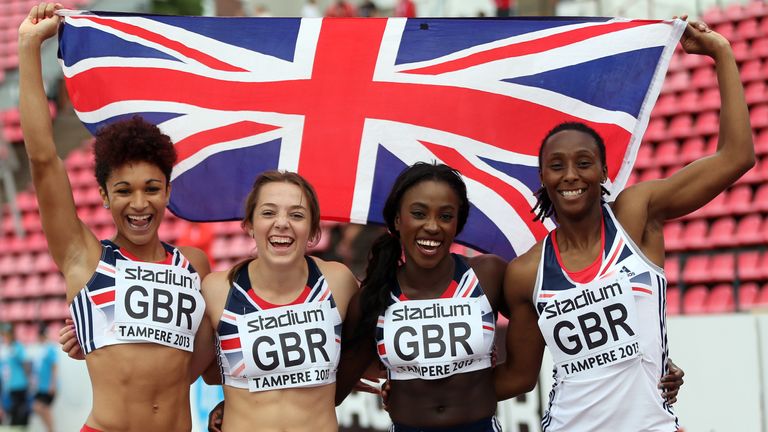 What is it that’s allowed you to ignore those voices and get to a place of acceptance?

For so long, I was looking at things like I was eight-year-old Corinne, as though I’m still part of a clique in school. But actually, life moves on. People grow and don’t have the same narrow-minded views. Getting out and about and having new experiences has helped me leave behind the negative stuff that I faced in school.

From my experience of being black and LGBTQ, I rarely see myself represented in the mainstream. Do you feel like our community is visible?

In sport? No. So I look to other areas like entertainment to see how strong black figures have presented themselves. That’s been my blueprint, but it would be nice to have a blueprint within sport of visible black lesbians.

What’s stopping that from happening in sport?

Because of certain things you might have to deal with within the black community. I feel there’s a lot more apprehension when it comes to coming out and being vocal. There are a lot of things black women have to contend with already in sport, so talking about sexuality could be one more strike against their name to make them less attractive to the mainstream.

Coming from the media industry, I can totally relate to that. You mentioned drawing strength from the entertainment industry. Who’s inspired you?

Lena Waithe. Oh my word! She went through a time where she was exploring how she wanted to be seen in the mainstream but she’s a lot more comfortable now. She’s been on a journey and I like the destination. Her success has increased with her personal growth and I want my journey to play out like that. I remember when she cut off her dreadlocks and said she felt she’d been holding on to a piece of femininity to make the world more comfortable with who she was. You describe yourself as masculine so how have you been able to drown out all of the noise from society that tells you how a woman should typically look and act?

I always attributed masculinity to how I dress but actually I’ve found that there are some women that don’t like to wear dresses either, and they wouldn’t describe themselves as masculine. I don’t want to be seen as that, I’m just a female. A female who presents in a certain way with a certain level of strength. 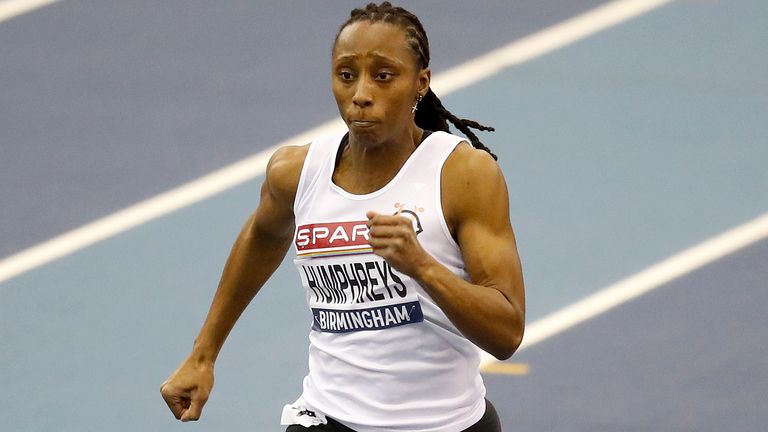 The way my body moved previously was impacted by me being self-conscious but now I feel like a different human being.

I want to get your thoughts on a big topic in the community – coming out. To me, there is a lot of pressure from within the community to come out to make your life better, which isn’t necessarily true. I know a few women in my industry who like women, but don’t feel comfortable talking about their sexuality publicly, so haven’t come out and are thriving regardless. What would you say to anyone that’s considering coming out and is feeling nervous about it?

My advice would be to really understand who you’re coming out for. Do you definitely feel the need to declare it? What are you trying to gain from making this revelation? Sometimes we do build up our sexuality to be this whole big thing, as though by coming out I’m not still Corinne Humphreys. So when and if you’re coming out, you need to emphasise that this is just a preference in one part of your life and it isn’t entirely who you are.

You competed in the 100m at the Commonwealth Games back in 2018. How was that experience for you coming into contact with so many other athletes and cultures from around the world?

It was a very positive experience because it showed me that there are lesbians in track and field. That was the first time that I saw people being open about their sexuality in the sport. Funnily enough, my event was won by someone in the community, Michelle-Lee Ahye. I’m glad the narrative wasn’t, ‘she’s won and she’s gay.’ It was, ‘she’s won because she’s good.’ It was good to see people just living their truth and succeeding because they’re being the most authentic they can be, which means they can always be the best they can be on the day. On the subject of authenticity, you said you will be returning to the sport after injury the strongest you have ever been. Do you think that’s linked to the fact that you are now living a more authentic life and are now more comfortable in your own skin?

One hundred per cent. A lot of what I go through in physical rehab is about reconnecting with my body. The injury meant I wasn’t able to use my leg for two months, so I had to learn to walk properly again. The way my body moved previously was impacted by me being self-conscious but now I feel like a different human being. This is the Corinne I was always supposed to be. It’s affected me as a coach too because I’ve learned so much about how we use our bodies to connect to the mind. It’s changed my life. I’m so much more confident in how I move that I’m giving myself a fighting chance at competing at the highest level.

They say blue is a healing colour 🌌💙 #road2recovery I honestly haven’t smiled like this in a long time. 😊

They say blue is a healing colour 🌌💙 #road2recovery I honestly haven’t smiled like this in a long time. 😊

You didn’t have to do this interview. You don’t have to support Stonewall or the Rainbow Laces campaign. You don’t have to tell anyone about your sexuality because it’s your own personal business. I really respect that you have decided to tell the world about who you are and what you are about. Why have you chosen to use your platform?

Because for the first time in my life, I can say that I’m happy. During my rehab from injury, I was looking at my life and thinking, ‘wow, I’ve actually been unhappy for about 27 years!’ I feel happiness for the first time in my life and I’m not just living in the shadows. If there’s anybody else that feels like they’re constantly living in the shadows of what is expected of them from the outside world, you can feel the complete opposite. You can feel important, like you have something to offer the world. That’s out there for you. I genuinely used to believe that for the rest of my life I would only feel contentment and only manage to make the best out of a bad situation. It’s important for those people who are feeling really low to know that they are going to feel happy one day.