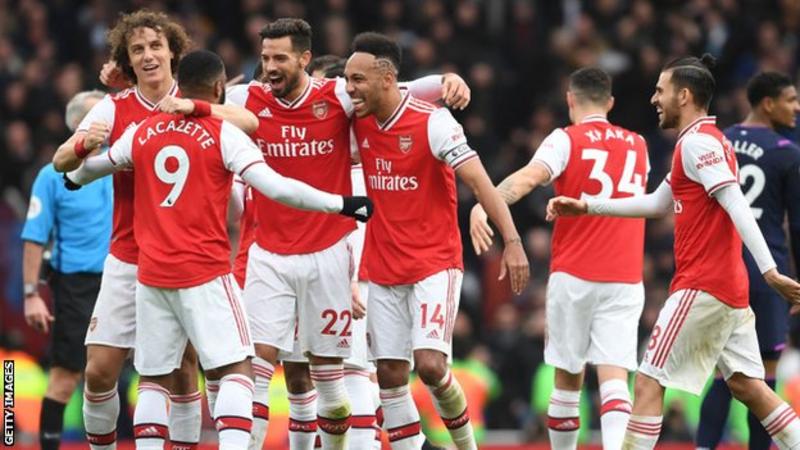 Arsenal’s first-team players and head coach Mikel Arteta have agreed a pay cut to help with the financial impact of the coronavirus pandemic.

The Premier League club said the “voluntary agreement” sees those involved have their annual earnings reduced by 12.5%.

The club’s core coaching staff are also among those taking cuts to their pay.

If the Gunners hit certain targets on the pitch, the club says “agreed amounts” will be paid back.

“We will be able to make those repayments as hitting these targets, which the players can directly influence, will mean our financial position will be stronger,” Arsenal said.

“The agreement is based on the assumption we will finish the 2019-20 season and receive the full broadcasting revenues. The resulting savings will help cover some of the financial risks we have this season in relation to our matchday and commercial income.

“The move follows positive and constructive discussions. In these conversations there has been a clear appreciation of the gravity of the current situation caused by the Covid-19 pandemic and a strong desire for players and staff to show their backing for the Arsenal family.

“We are proud and grateful to our players and staff for pulling together to support our club, our people and our community in these unprecedented times which are some of the most challenging we have faced in our history.”

Watford, Southampton and West Ham are the other Premier League clubs to have agreed wage deferrals with their first-team squads.

The Premier League asked clubs to put a 30% pay cut to players but the Professional Footballers’ Association said that would affect tax contributions to the NHS.

Earlier this month, Premier League players launched the #PlayersTogether scheme to generate and distribute funds to the NHS.