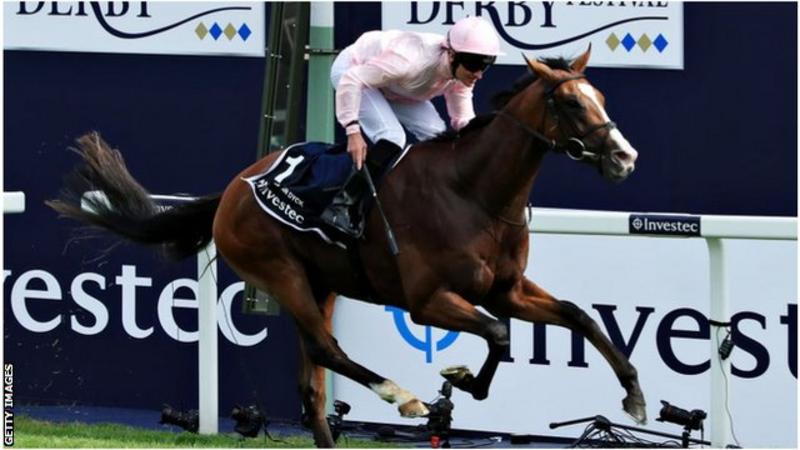 The Derby has been earmarked to run in July as part of the British Horseracing Authority’s “best-case scenario” racing resumption plan.

In addition, the 1,000 and 2,000 Guineas at Newmarket could both run in early June, with the Oaks at Epsom Downs, also home of the Derby, in July.

Racing is suspended indefinitely due to the coronavirus pandemic.

“It is unlikely that the entire black type programme will be staged this year,” the BHA said in a statement.

“[We] will ensure that the key generation-defining races will be run, as well as safeguarding the Group One programme as much as possible.”

Royal Ascot – a highlight of the Group One racing calendar – remains scheduled to take place on 16 June.

The BHA said: “We would also be looking to stage several key Classic trials, and other trial races feeding into Royal Ascot, during the second half of May.

“We emphasise that a later restart would require these plans to be adjusted accordingly.”

The body says that a “key consideration” in their planning is to “minimise the risk of injury and incident so that we do not increase the burden on the NHS and medical services.”

“It is important to emphasise that while these plans are being formulated with a view to recommencing racing at the earliest opportunity, the timing of this decision will be dependent on an easing of government restrictions,” the BHA added.