Home » Lifestyle » Corrie’s Will Mellor: I want mum to be as proud as dad

Corrie’s Will Mellor: I want mum to be as proud as dad

Ralf Little, who played Jonny, has given us a taste of sunshine as detective Neville Parker in Death in Paradise. While Sheridan Smith, who played Janet, is one of our brightest stars, recently adding presenting to her list of talents on BBC One hit Pooch Perfect. Now Will Mellor, who played Gaz, is back in the limelight after joining Coronation Street as a drug lord, bringing crime to the cobbles of Weatherfield.

Happy to be on our most famous soap, Will admits Two Pints… is still close to his heart and he would love a reunion.

Ralf, still close friends with Will, is said to be keen but Will says things are less clear when it comes to Sheridan.

He said: “I spoke to Susan Nickson, the writer, and she said she’d be up for a special and I said, ‘Well I’d do it’.

“It could be a one-off, like Gavin And Stacey, so I tested the water by putting it out on my Instagram.

“It went mad, it was on the news and everything, but then nothing happened – it’s getting the cast together and they found it really difficult to do.

“I know Ralph would be up for it – we already have our own podcast, Two Pints With Will & Ralf – but I haven’t got a clue about Sheridan. 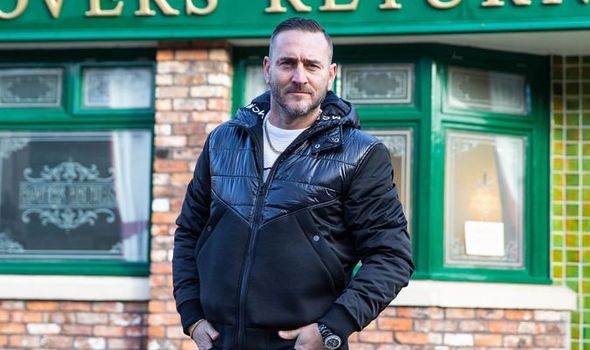 “I’ve not spoken to her in nearly five years. I tried to ring her for a while but she hasn’t answered my calls for years and I stopped after a while.

“I don’t understand why she hasn’t returned my calls. It is weird, because our characters were romantically involved with each other and she was a very close friend of mine.

“I was always there for her and, on the day of my 40th birthday she was supposed to celebrate with me.

“But she never turned up and then I didn’t speak to her.

“I couldn’t tell you what happened. Like I say, we never had a fall-out. I saw the documentary she did and I’m glad she’s healthy and well.

“It must have been a tough time and I tried to contact her when she was going through it.

“But I didn’t hear anything so I don’t know. Sometimes it happens – I’ve got my life and she’s got hers.” 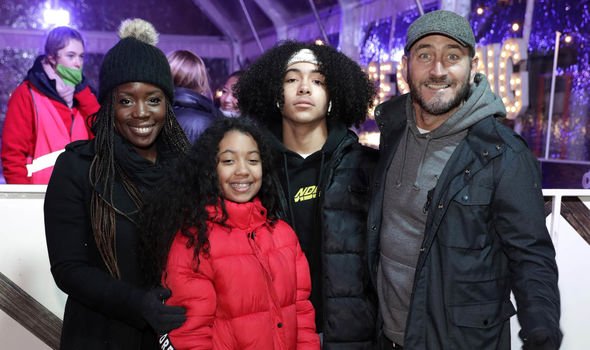 Will said he is happy to be taking on his role in Coronation Street after a tough year since his dad Bill died from cancer.

The 44-year-old is sad his father will not get to see him in his new role as he always “wanted to impress” him when he was alive.

“Losing Dad has been really tough – it has been the hardest 12 months I’ve ever experienced,” confesses the star. “My dad was my hero. He was the man that I wanted to impress all my life. Everything I did and I achieved, I just wanted his approval all the time.

“He was quite strict with me because he wanted me to be the best I could be.

“He could see potential in me and he didn’t want me to mess it up by being stupid and going down the wrong path.

“But that made me want to show him that he was right to back me. The reasons why he did what he did with me are the reasons I am who I am. 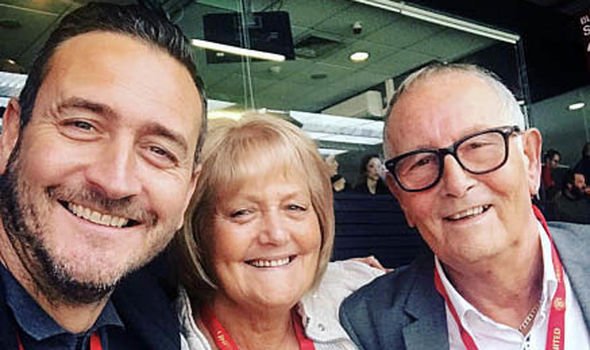 Last March Will’s father was taken to hospital. The following month the actor shared an emotional video with fans revealing that his dad had died.

He only found out that his dad had cancer when he received a phone call out of the blue to tell him he had collapsed after a seizure.

Doctors subsequently found a mass on his lung which had gone to his brain and he died two weeks later.

“It was horrendous and because we had been in lockdown for a few weeks when it happened, I wasn’t allowed to be with him,” says Will.

“When I found out that the diagnosis was cancer, I basically got in the car and drove to his house and I went and sat in his garden.

“I sat five metres away from the back door and I was trying to keep him positive by saying, ‘You know we’ll get you stronger and then we can get a biopsy and then we’ll see what the next step is, an operation’. 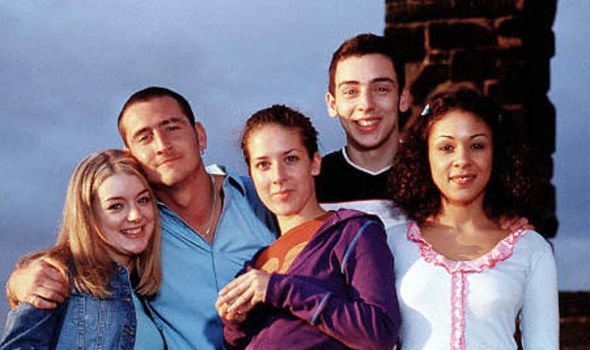 “The worst thing was that I couldn’t hug him and the last thing he said to me was, ‘If I got hold of you I wouldn’t be able to let you go’.

“That was actually the last time I saw him. I didn’t know he was going to go that quickly.

“He went in two weeks, it was so tough. He had another two seizures after that.

“He was on medication but he was getting worse and then he passed away, thankfully in his sleep.

“Knowing what I know now, I wish I had hugged him.

“But I thought, ‘if I give him coronavirus and he’s got lung problems’…

“I basically expected him to survive and have an operation but it didn’t get to that stage. He had just turned 76 when he passed away. It was his birthday on the 28th of March and he died on the 15th of April. 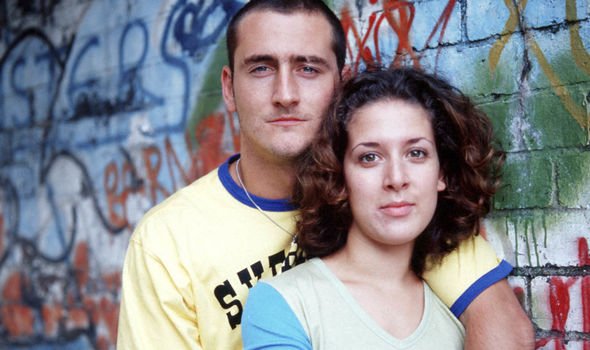 Will admits to “struggling” afterwards. He says: “I probably drank more than I ate, you know what I mean.

“I was getting through lockdown with wine and beer, which is not the way to do it.

“Then I realised that wasn’t a good idea.

“So I started to get into fitness and working out. Now I’m working out three or four times a week – I’ve been going on walks and bike rides with my daughter and wife.”

Right up until he died, Will reveals how he and his dad were always going on adventures and he made the most of every moment with him.

“I don’t have any regrets,” he insists. “I took Dad everywhere with me.

“We went on holiday once a year when he was well. We went round Borneo for an ITV show called Parent Trip and we stayed with a tribe and went to see orangutans.

“We went to watch a Man Utd match together and we used to sit and have a drink and watch the boxing together. 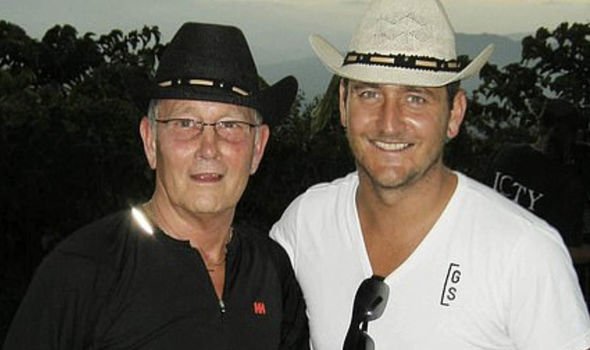 “He would come and stay with me and we literally lived like best mates. But I was always terrified of the day he wasn’t around any more and I never wanted to look back and go, ‘I should have done more’.

“I know now that I did everything that I could and that what happened was probably the best thing.

“He didn’t want to be here with that condition and what was down the road was going to be a long road. He said, ‘I just want to go sleep’, and he did. He got what he wanted.”

Landing the role in Coronation Street has given Will and his mother Shirley a proud boost. “I’m honoured to be asked to appear in Coronation Street. It’s such an iconic show and has been a huge part of my family life,” he says. “When I started acting 32 years ago it was my mum’s dream for me to be in Corrie.

“So I’m happy to finally be able to make it come true.

The former Hollyoaks star will appear in Weatherfield next month, in what is Will’s first “out and out baddie” role. He says: “It’s a very different type of role for me so I’m looking forward to getting my teeth into the character and making some waves.”

While 2021 looks set to be far more positive, Will has previously battled with depression when he lost his sister Joanne, 44, to heart failure.

He recalls: “I will never forget Dad ringing me and he was crying on the phone saying that my sister had passed away.

“For months after her death, I was in a dark place.

“I was drinking and gambling too much and my wife Michelle recognised it.

“I suddenly realised I was in a vicious circle and that I had to get off the merry-go-round so I got off it.” 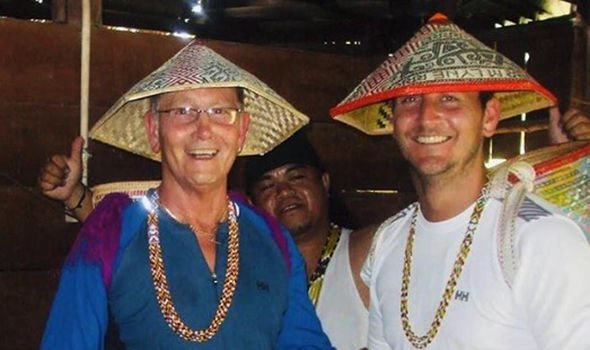 With lockdown restrictions now easing, Will admits that he cannot wait to be reunited with his mother.

He says: “Lockdown has been really tough – as I have not been able to see my mum.

“She lives in Stockport, where I’m from, and I live just outside of London.

“But I speak to her every day – at least twice a day.

“It’s been really hard that I haven’t been able to hug her and she has been going through all this.

“But I’ve got three sisters and they’re with her every day.

“I’m so close with my mum – she is the matriarch of the family.

“She’s what makes this family tick and I want her to be as proud of me as Dad was.”