Cosmo Jarvis is living in the space between literary worlds.

The actor is at home in London, having recently wrapped filming on an adaptation of Jane Austen’s “Persuasion” directed by Carrie Cracknell for Netflix. Soon he’ll be heading to Canada to shoot the limited series “Shōgun,” based on James Clavell’s classic novel and set in feudal Japan.

“In an ideal world, I would do one independent film a year, and I would go and bleed for it. And then I would have enough time to do regular things and engage in normal activities,” says the 31-year-old actor over the phone. “But it just so happens that at this moment there hasn’t been much time in between the turnaround.”

While he stops short of describing himself as a Method actor — “That word has one meaning with one group of people, and another meaning with another” — he tends to embody a character’s voice for the totality of a film’s shoot. For a short period this summer, he’s able to speak as Cosmo Jarvis.

Jarvis’ period of downtime is marked by the release of “The Evening Hour,” which premiered at Sundance in 2019. The movie, based on the book of the same name, costars Stacy Martin and Philip Ettinger and is set in a depressed Appalachian mining town; Jarvis portrays a young man who returns home and gets caught up in the local drug trade.

Jarvis credits the specificity of the project — the place and characters — as a draw. The film was shot on location in Harlan, Kentucky, which allowed Jarvis the opportunity to immerse himself in the local vernacular. “I was constantly speaking with people who worked and lived there, and I hung out with them as much as I could to improve my embodiment of the traits of the geography,” he says.

The rural town also reminded Jarvis of his hometown, Totnes in England, and the impact of being removed from a major urban center. “And how it affects the minute-to-minute, hour-to-hour of your day and the kind of activities you’d be engaging with,” he says. ”And how everybody knows everybody, and how it changes the relationships with people in your immediate vicinity.” 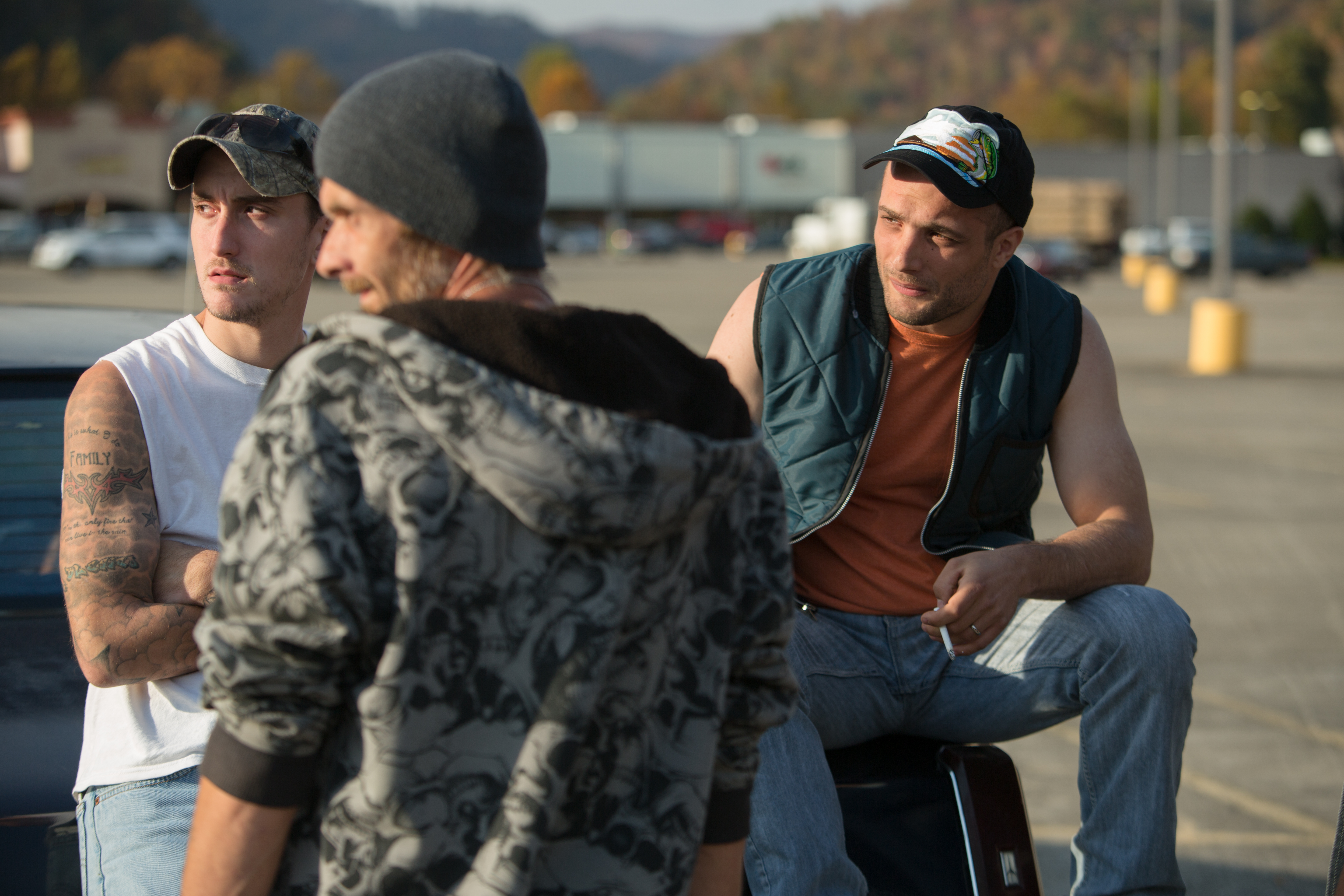 A still from “The Evening Hour.” Courtesy 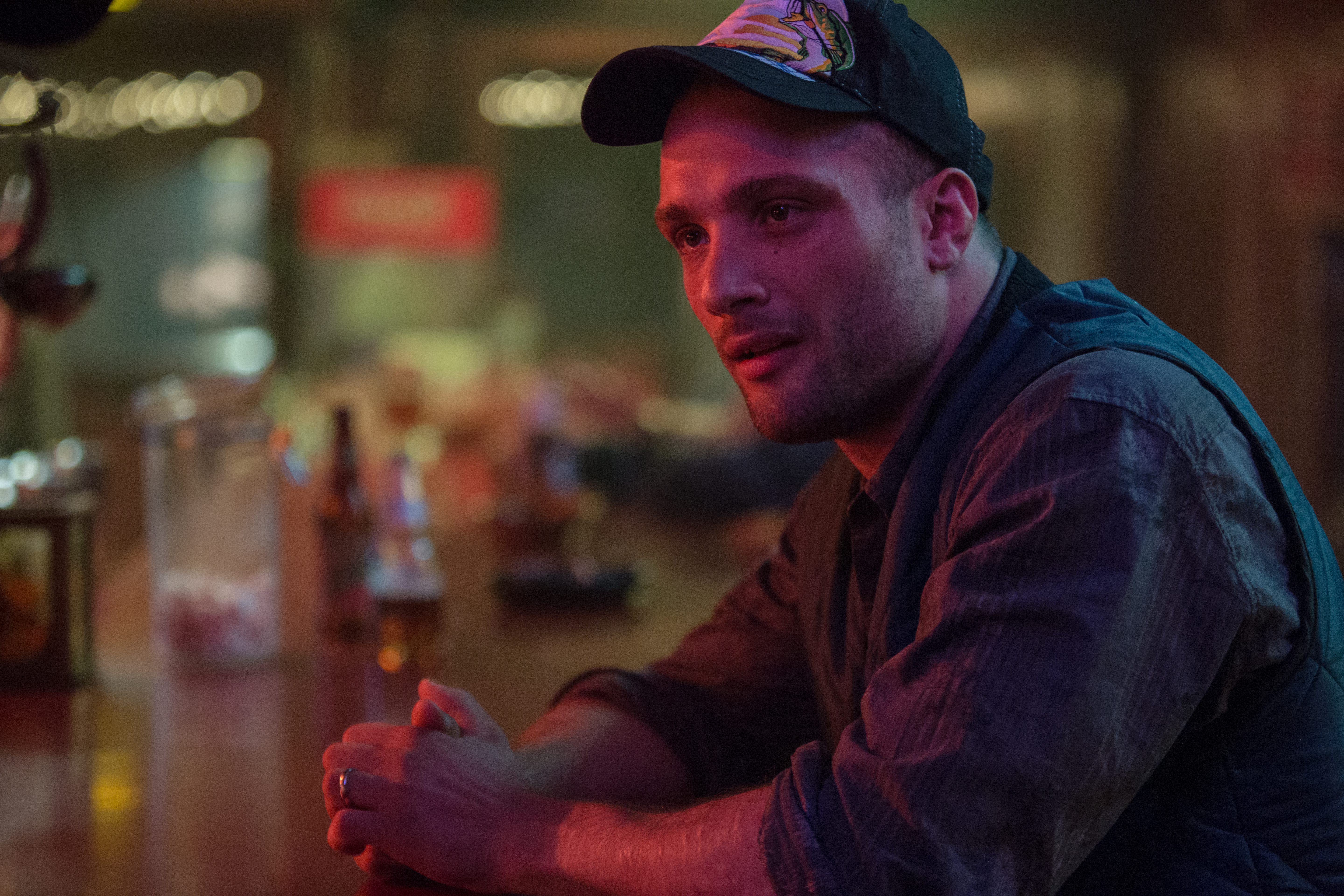 A still from “The Evening Hour.” Courtesy

Jarvis’ acting career began with an audition for a local production of “Oliver” when he was a kid. He didn’t get the role, but the interest in acting stuck with him, even if it took a while to present itself as a viable path. “Because of where I was from, and my lack of connections, it just didn’t seem like a tangible route to pursue,” says Jarvis.

He instead set his sights on launching a music career while making small films on the side. A micro-micro budget film with his brother boosted his acting career by giving him a key to the industry: an IMDb credit, which helped him move to London and find an agent.

“It took me making this film to seem as though I was a legitimate actor. There’s a certain level of industry vouching that goes on if you have at least one credit,” he says. “And so it kind of snowballed from there. I just worked as much as I could and took whatever I could. And then gradually, I think things started taking some sort of shape.”

His breakout role was “Lady Macbeth” opposite Florence Pugh in 2016, followed by a part in season five of “Peaky Blinders” and the HBO sci-fi series “Raised by Wolves.” His performance in the indie Irish film “Calm With Horses,” opposite Barry Keoghan, earned him a BIFA nomination for best actor earlier this year. Jarvis notes that he is attracted to characters and stories that feel unfamiliar, “that when you read them, you wonder why nobody had written about them before,” he says.

His next project, “Shōgun,” was previously adapted for TV in the ’80s (and Broadway in the ’90s). But many contemporary viewers will be unfamiliar with those earlier versions, and the scope of the story felt fresh to Jarvis. “I’ve certainly never embarked on a voyage as extensive as this one,” he says.

The actor was cast in the lead role of English sailor John Blackthorne, who finds himself shipwrecked in Japan in the middle of an epic power struggle.

“There’s a good balance of humor and huge dramatic stakes — which is like life,” says Jarvis. “You can’t have huge troughs without also spending time to illustrate the extent of the peaks.”

More from the Eye: