Home » Lifestyle » Could you give Monty a home? Heartbreak as rescue dog spends seven years in kennels

Could you give Monty a home? Heartbreak as rescue dog spends seven years in kennels 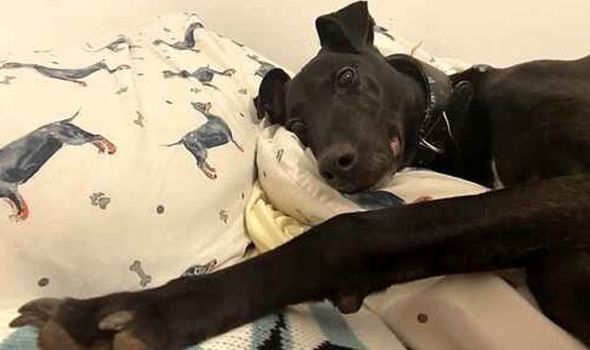 Monty has been at Last Chance Animal Rescue in Kent for most of his life but has had little interest from potential adopters. The eight-year-old black Lurcher is described as having had a “bad past” and has a hunched back after being crammed into a crate that was too small for him by previous owners.

The abuse he suffered has left Monty with “trust issues” and Last Chance is looking for a new owner who can show him that “not everyone is bad”.

The charity said: “Monty has been with us for nearly 7 years and rarely gets asked after.

“Monty has come from a bad past. He has a hunched back where the vets think he was kept in a crate that was too small for him for a long period of time.

“Because of this he does have bad trust issues so would need someone who can help show Monty that not everyone is bad.”

Since being at Last Chance, Monty has grown to love being made a fuss of by staff.

His perfect owner would be an adult who lives on their own with no other pets.

He needs to wear a muzzle when out and about as he is unsure of other animals.

Last Chance is also looking for someone who is willing to continue Monty’s training.

The charity said: “Since being with us Monty has become very loving towards the staff and loves to have attention and cuddles on the sofa.

“Monty is not good with any animals and will bark and pull to them.

“Unfortunately he gets so frustrated that he hits your leg when wanting to get to other dogs.

“So he is to be muzzled when out in public.

“Since being at last chance Monty can now calmly walk with a dog in sight and not bark or hit your leg.

“He would never be able to meet dogs but would love a home with someone who can keep up his training and continue the work with him.

“He loves to run and chase tennis balls but doesn’t know he had to bring them back.

“We are looking for an adult only single person home with no other pets.”