A modernist home by renowned Melbourne architect Robin Boyd could receive heritage protections months after it was listed for sale and advertised as a redevelopment opportunity.

The 1948-49 home on Tannock Street in Balwyn North, in the city’s east, is an early example of Boyd’s influential work and remains intact after two sympathetic extensions he designed for the owners in 1959 and 1971. 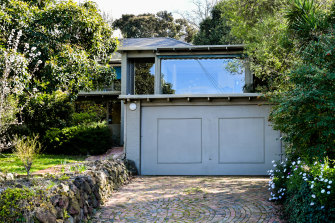 Boroondara Council will on Monday night vote on whether to proceed with plans to have the home permanently protected as a site of local individual significance.

The home was the subject of a local campaign last year after it was listed for sale as a redevelopment opportunity, prompting thousands of people to sign an online petition seeking temporary protection. The house, which sits on a 1255-square-metre double block, sold in 2018 for $3.085 million with a listing which also spoke of the site’s redevelopment potential.

The council – which had previously declined to heritage list the home – took the request to Planning Minister Richard Wynne who refused the application for interim protection because the home was not at imminent risk of demolition.

An application to subdivide the land had been made but was on hold because there was no demolition application. There are no active planning applications and a sale listing is no longer online. 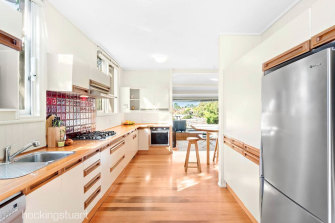 The home was extended in 1959 and 1971, with Boyd the designer on both occasions.Credit:Hockingstuart

“Council was disappointed by this decision because it is effectively saying a property only has heritage value when it is about to be demolished,” Cr Thompson said.

“We strongly disagree with this view.“

The home is one of the few surviving examples of Boyd’s work before his celebrated partnership with Roy Grounds and Frederick Romberg, and it is considered an innovative example of modernist homes from the austere, early post-war period. 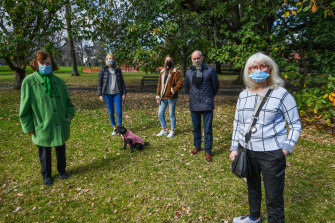 On Monday night councillors will consider 35 submissions from the public, most of which support protecting the home.

If councillors vote to continue that process, Mr Wynne will be asked to appoint an independent planning panel. The panel will advise the council and the final decision will rest with the minister.

A planning consultant acting on the behalf of the current owner has lodged an objection.

A total of six objections were lodged, most of which argued that heritage protection would reduce the value of the property and that the two alterations diminished its heritage significance, which was disputed by council’s heritage consultant. 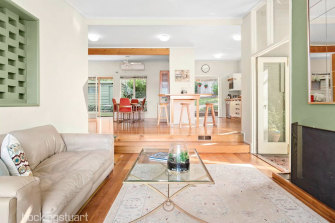 A 2015 heritage study found the home was architecturally significant as an early and intact Boyd work.Credit:Hockingstuart

Boroondara’s consultant said the alterations designed by Boyd for the original owners “are of significance in their own right because of their ability to demonstrate Boyd’s skills and sensitivity in the sympathetic enlargement of one of his own buildings over a period of several decades”.

The second revision also turned out to be Boyd’s final project.

“While the working drawings for the additions are dated June 1971, Boyd is said to have given final instructions for the project from his hospital bed on the night before he died on October 19 that year – making it the final project in which he was personally involved before his death,” a 2015 heritage study for the council found.

Councillors in 2015 rejected advice to protect the home as they threw out a draft heritage study recommending protections for 26 properties and four precincts.

Boroondara had received 94 objections to the recommendations at the time, including one from the then-owner of the Tannock Street home.

Philip Goad, a professor of architecture at the University of Melbourne and board member of the Robin Boyd Foundation, said it was disappointing council didn’t act on the 2015 study in the first place.

Mary Drost, a local councillor in the early 1980s, who campaigns to protect heritage, said the Boyd home should have been protected already. 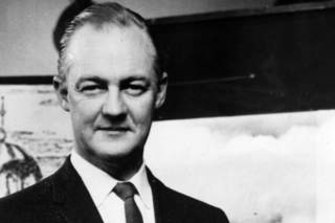 A 2017 heritage review for Balwyn excluded properties built after 1946, due to community opposition.

Heritage is a sore spot for residents in Boroondara. Protected homes were demolished under a controversial 2018 state planning amendment that allowed property owners with an existing building permit in the council area to demolish buildings despite interim heritage orders.