Couple with a 32-YEAR age gap say they’re often mistaken for father and daughter, despite being married for 17 YEARS – and admit they never kiss in public for fear of strangers’ reactions

A husband and wife with a 32-year age gap admit they are regularly mistaken for father and daughter – despite being married for 17 years.

Carrie, 44, and Alan, 76, who are both from the US, met 22 years ago and say they knew that they were destined to be together from the very start, even though there was more than three decades between them.

When they met, Carrie was just 23 and working for a client of Alan’s which meant that they had to speak on the phone regularly, allowing them to form a close connection. 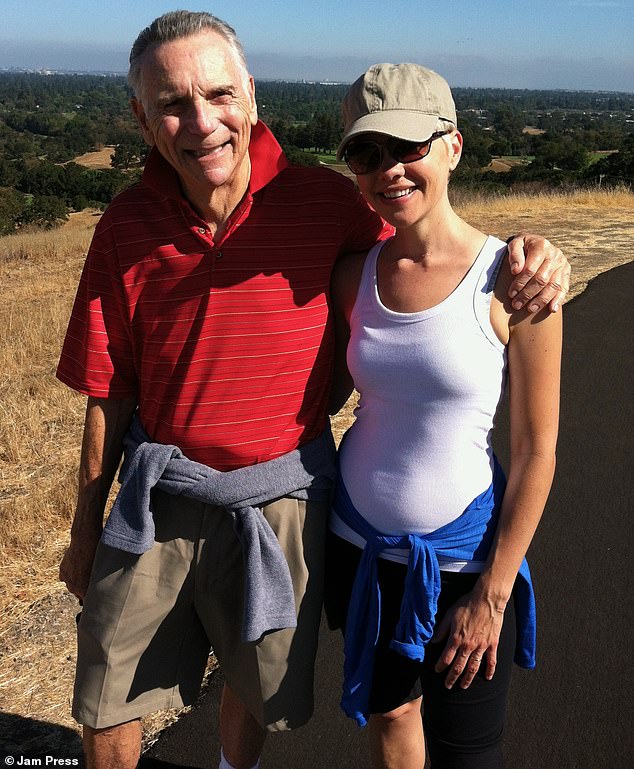 Defying critics: Married couple Carrie, 44, and Alan, 76, admit they are regularly mistaken for father and daughter because of their 32-year age gap 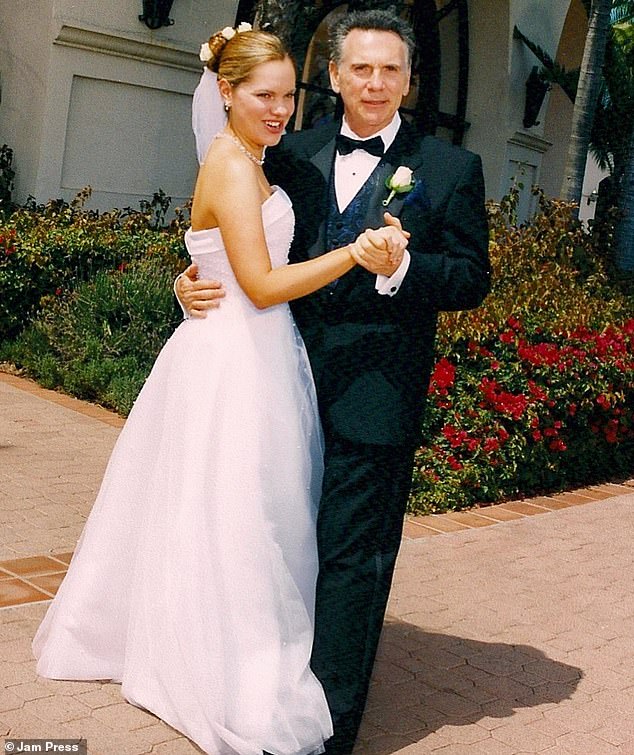 ‘Soulmates’: Carrie and Alan have been married for 17 years after tying the knot in 2003 – five years after they met

Carrie says she knew Alan was older and vice versa but they’d built such a warm relationship over the phone at work, she was keen to meet in person.

After Alan, who was 55 at the time, invited her to lunch, they talked for hours and seemed to agree on every subject. The connection was instant and they’ve been together ever since.

‘I’d briefly dated a man 15 years older than me and Alan had been on dates with younger women but none as young as I was.

‘We have so many personality traits that match that we are very compatible.’

Alan has two grown-up daughters who are older than Carrie from a previous marriage but said he was honest with them early on about the serious intentions he had for his new younger lover.

For Carrie it was different.

‘My mother was very upset when I told her about Alan, who is five years older than her,’ she said. ‘She was concerned that Alan was using me.

‘I waited to tell my mother out of fear of a hostile reaction, for some time even after Alan had proposed marriage.

‘Most of my other family and friends were accepting of Alan, especially after they met him and realized how much he cared for me.’

People still appear shocked when they see them together and find out they are in a relationship, as they mistake them for father and daughter.

‘While on a tour in Europe two elderly men, sitting in front of us on a tour bus, turned around and asked if I was Alan’s daughter or girlfriend. When Alan said she’s my wife, they looked so shocked. 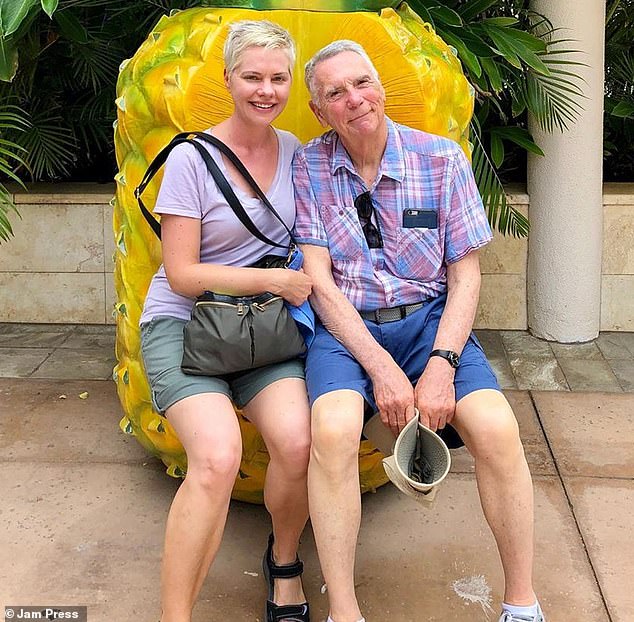 Critics: Carrie and Alan say that strangers are often left ‘shocked’ when they find out that the couple are married 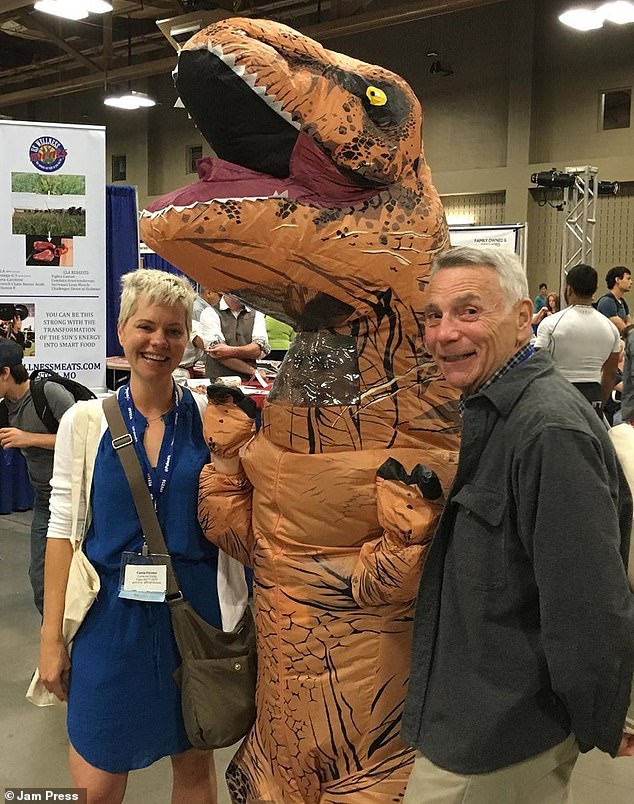 Discreet: The couple love traveling together,  but when they are on trips they have to be wary of the reactions of those around them 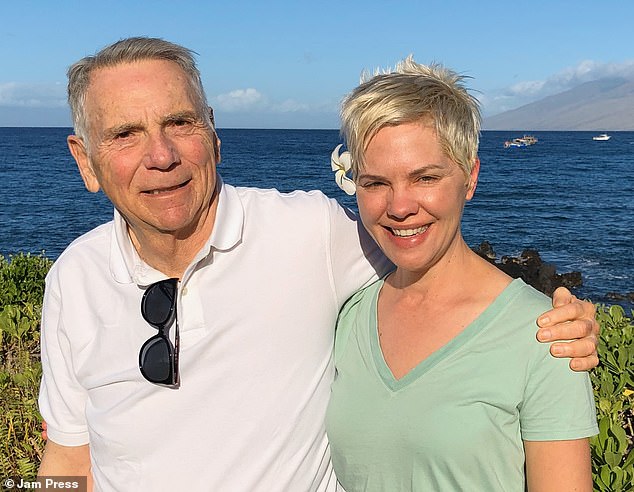 Scrutiny: Carrie admits that the couple face regular questions from confused strangers about their relationship

‘On another trip to Europe, a cruise, two single ladies in their fifties who were on the cruise asked Alan if he, and his daughter, would like to join them for dinner.

‘When Alan said I was his wife and he would ask me about dinner, they quickly said to forget it and walked away.

‘We don’t often hug, kiss, or hold hands in public, for fear of getting negative reactions.’

Carrie, who doesn’t have children and Alan who is a grandfather of two, told Jam Press that there are so many benefits to an age gap relationship.

‘We love each other very much and always want to work through any issues,’ they said.

‘The maturity of the older mate provides the younger person with stability and reassurance. 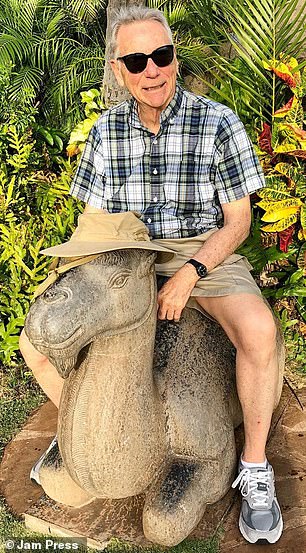 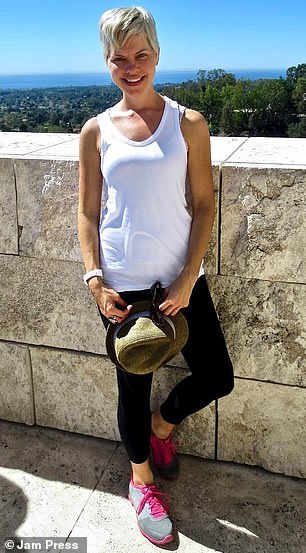 Balance: The couple say that there are numerous advantages to their age-gap relationship 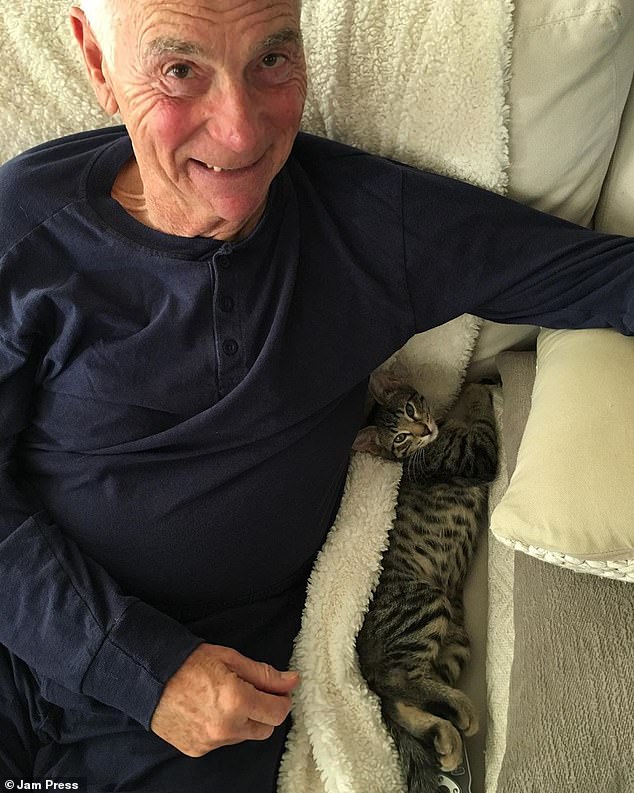 Energy: Alan says that Carrie’s youth has helped him to feel more energetic 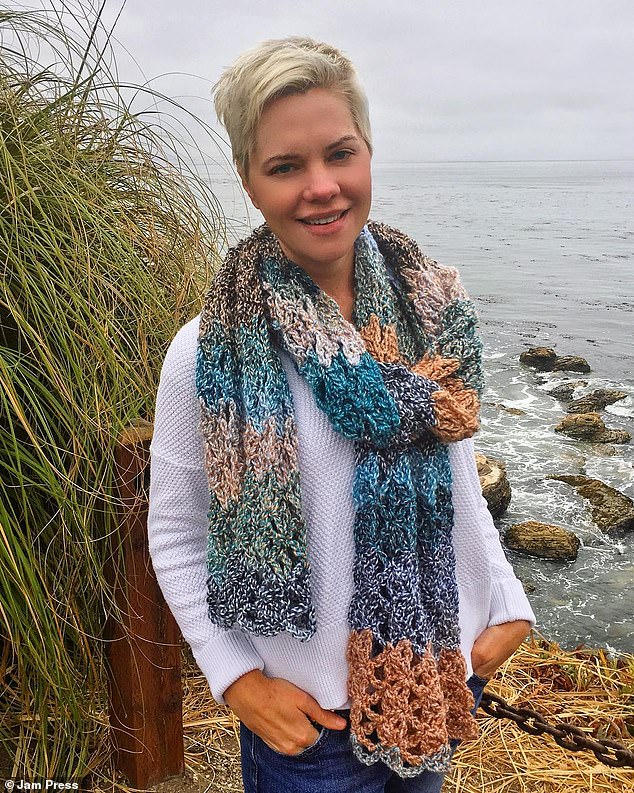 Helping hand: Meanwhile Alan’s maturity has provided Carrie with a feeling of stability

‘The younger of the two provides energy and enthusiasm for life to the older. And, each can learn a great deal from the other.

‘A negative is that I often worry about what my life would be like without Alan. I worry about being alone, especially since I have no children.’

The two have just started a podcast for people who are in an age gap relationship like themselves, in the hope it’s beneficial.

Speaking about the podcast, Carrie said: ‘We started the Age Gap Love Story podcast to help others navigate the challenges of this type of relationship.

‘We want to offer support and community to a group of people we feel are often ostracized and neglected.

‘We hope to keep our romance alive and enjoy life together to its fullest.’