COVID-19 shutdown will not save planet from global warming

The forced shutdown of the world's economy over the past six months will have a negligible impact on global warming unless governments embrace green stimulus packages after the crisis.

Scientists studied mobility data gathered by Google and Apple from 123 countries to estimate emission changes due to the COVID-19 restrictions from February to June 2020.

They found more than half of the world’s population reduced their regular travel by more than a half. They found emissions reductions due to lockdowns were likely to have peaked in April, according to a new paper published in Nature Climate Change and resulted in a cooling of between .005 degrees and 0.01 degrees by 2050. 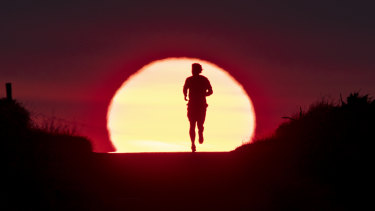 The impact of COVID-19 on global warming is negligible.Credit:AP

That month nitrogen oxides emissions declined by 30 per cent, contributing to short term cooling which was offset by a 20 per cent decline in sulfur dioxide, which can cause cooling by reflecting sunlight.

Using those estimates the authors were able to project what impact national policies would have on emissions and global warming. They found the short term cooling effect would end by 2025, leaving a longer term slight cooling of 0.01 degree celsius from reduced atmospheric concentrations of carbon dioxide compared to concentrations under baseline policies.

According to the paper the scenarios have little impact on the climate between now and 2030, but the modelling suggests after that, green stimulus packages would have a significant impact on global warming.

A recovery with fossil fuel stimulus is likely to result in warming of more than 2 degrees by 2050, while green stimulus policies that promote low-carbon energy and do not include bailouts for fossil firms could limit warming by 0.3 degrees and keep warming within 1.5 degrees above pre-industrial levels.

“Our work shows that without underlying long-term, system-wide decarbonisation of economies, even massive shifts in behaviour only lead to modest reductions in the rate of warming,” the paper notes.

The European Union, the UK, New Zealand and Scandinavian countries have committed to green recovery packages, and such policies have also been endorsed by the International Energy Agency.

In June the IEA outlined a post-COVID economic plan which it said would cost the world $US3 trillion over three years, boost global economic growth by 1.1 per cent per year and force global greenhouse gas emissions into permanent decline.