With The Hundred, the T20 World Cup, loads of county cricket and the start of the next Ashes series taking place in 2021, there will be a feast of action, so here are some of the players to keep an eye on…

The void left at the top of Somerset’s batting order by Marcus Trescothick’s retirement at the end of the 2019 season was filled superbly by 20-year-old Lammonby during the truncated 2020 campaign. The left-hander only made his first-class debut in August but come the end of September, he had already scored three centuries in six games, with those tons coming in successive red-ball matches to end the season – an unbeaten 101 against Gloucestershire, 107 not out against Worcestershire, and then 116 in the Bob Willis Trophy final against Essex on his first appearance at Lord’s. 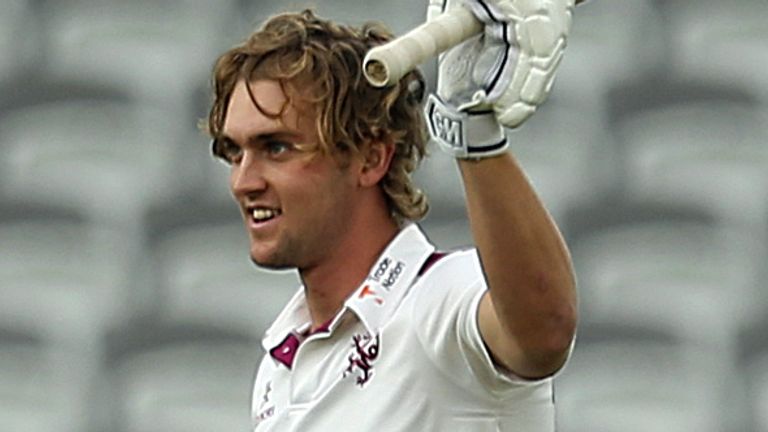 Blessed with concentration and a glittering array of shots, Lammonby looks to have a bright future, with Essex seamer Jamie Porter saying the youngster was akin to a more aesthetic Rory Burns after bowling to him in the Bob Willis Trophy. Should Lammonby maintain his 2020 form, he could soon be pressuring Burns for his England Test place.

2021 will be a year in which England Women build for a bumper 2022, which will feature a 50-over World Cup, the Commonwealth Games in Birmingham and an Ashes campaign in Australia. Batter Adams would dearly love to be part of that and if she enjoys a summer like 2020, then it will be hard for the selectors to ignore her.

The 27-year-old – the daughter of former England, Derbyshire and Sussex batsman Chris Adams – scored a tournament-leading 500 runs from the top of the order as her Southern Vipers side won the inaugural 50-over Rachael Heyhoe Flint Trophy, with that tally, boosted by three fifties and an unbeaten 154, over 100 runs more than anyone else.

Adams will also get the chance to showcase her T20 skills in 2021 when she plays for Oval Invincibles in The Hundred. Impress in that, and Tammy Beaumont and Danni Wyatt may find they are no longer locks for the opening spots in white-ball cricket for England Women. 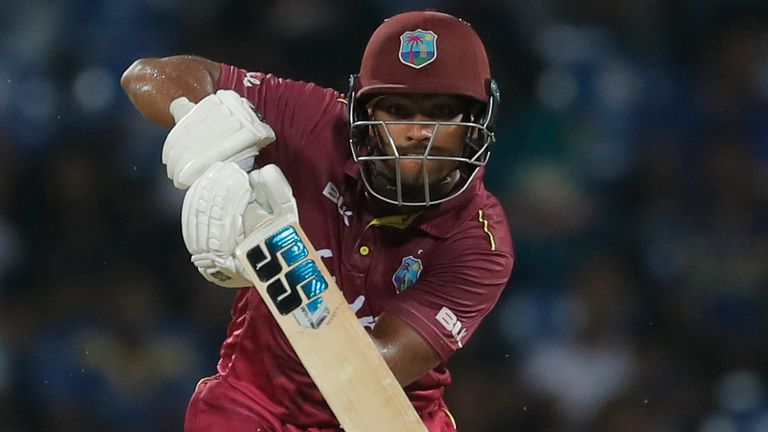 “I think [he] is very talented and should be playing Test cricket.” Those the words of Michael Holding on his fellow West Indian Pooran during a recent interview with Wisden Cricket Monthly. Pooran has played only six first-class matches in his career but the way the left-hander has taken to international and domestic white-ball cricket suggests he could step up into the Test arena.

The Trinidadian averages a lick over 49 in ODIs, while in the 2020 IPL, he scored runs and he scored them quickly – no one to have managed over 300 runs did so at a strike rate above his 169.71. That is no guarantee of Test success but West Indies’ chief selector says the batsman remains in their thoughts for the longest form: “A lot of consideration was given to him and we’re still considering.” Perhaps West Indies should pick him for his fielding alone after his amazing antics on the boundary in the IPL! 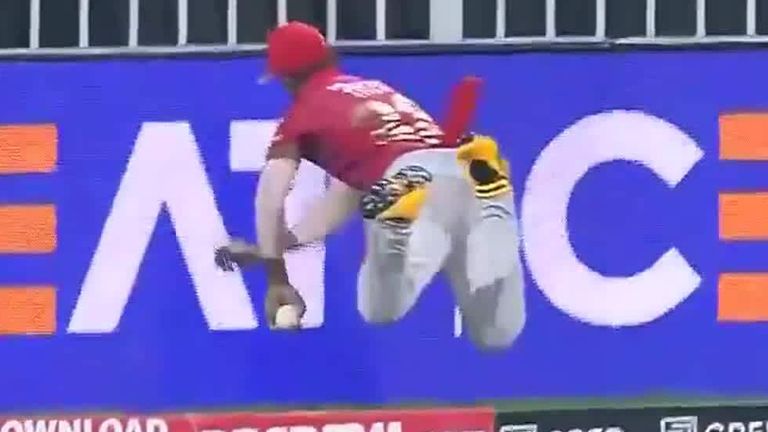 England will be looking to win the Ashes in Australia for just the second time in 25 years when they head down under and if they are to achieve that goal, then they need to be equipped with pace. Australia’s quicks outgunned England’s as the tourists tumbled to 5-0 and 4-0 defeats in 2013-14 and 2017-18 respectively but the visitors will be boosted in that department this time around by Jofra Archer and, provided he can stay fit, Mark Wood. 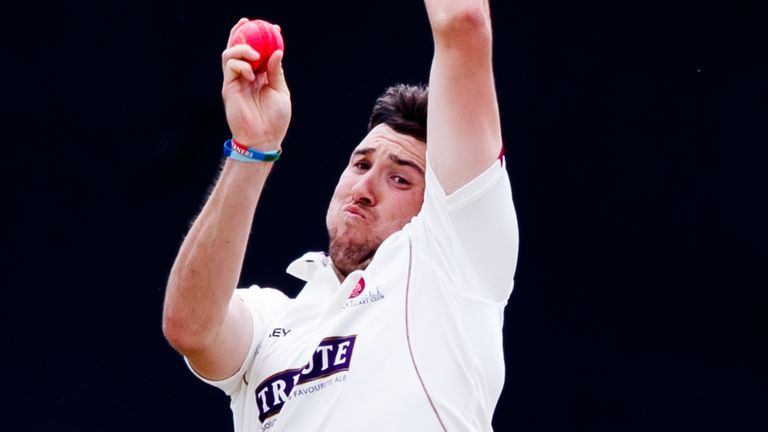 England will want a battery of blistering bowlers, though, with Warwickshire’s Olly Stone and Surrey’s former Somerset seamer Jamie Overton name-checked by England coach Chris Silverwood as Ashes contenders. Like Wood, Stone and Overton have been best by injuries through their career so England will hope they can stay fit and find form this summer as they plot an assault on the urn. Warwickshire’s Henry Brookes is another who could add an injection of pace on those flat Australian wickets.

Pope and Crawley are set to be part of England’s Test team for many, many years after impressive starts to their international careers – Pope looking like the next Joe Root, and Crawley cementing his spot with a superb double century against Pakistan in August 2020, with his 267 the 10th-highest score ever recorded by an Englishman in Tests. The only debate about them in the five-day arena is where they will end up batting. 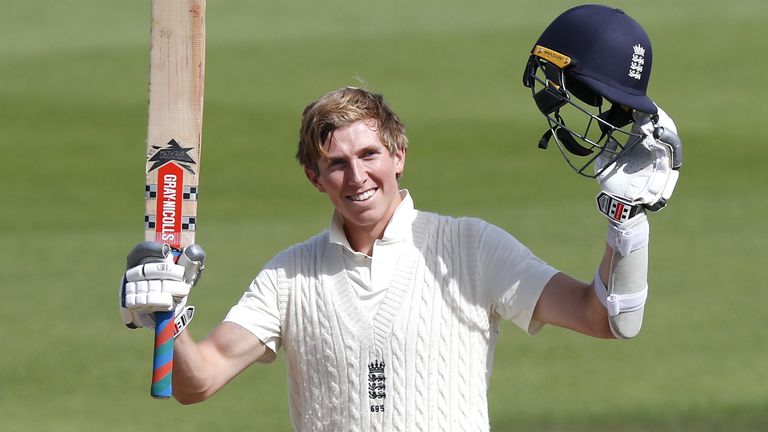 Will Pope – currently on the way back from a shoulder injury – stick at six or move to No 3? Will Crawley stick at No 3 or move up to open? The duo will also have healthy white-ball ambitions, though, and could force their way into the 50-over set-up in 2021 with England likely to rest and rotate in that format as they focus on T20 cricket in the lead-up to the T20 World Cup in India in October and November.

It may seem odd to select a man aged 40 as one to watch but the Pakistan veteran seems to be getting better in his later years, having been stellar in T20 cricket recently. No batsman managed more runs than his 415 in T20 internationals in 2020, a tally which included three fifties in as many innings – two of them against England – and a top-score of 99 against New Zealand. 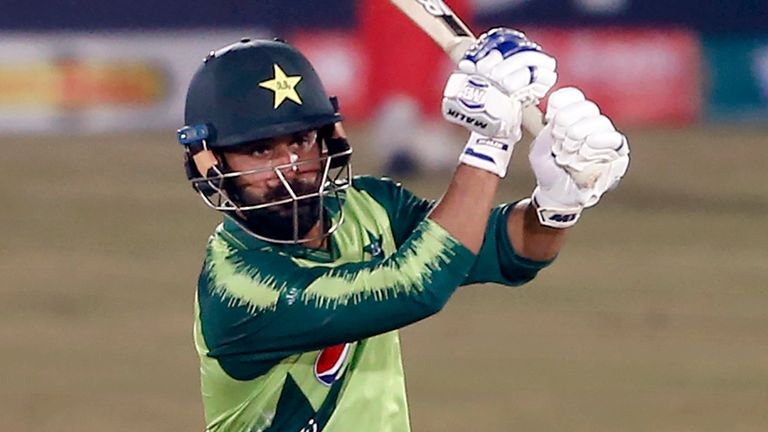 The veteran’s strike rate of 152.57 was also a shade higher than the likes of England powerhouses Jonny Bairstow and Jos Buttler. Hafeez passed 1,000 runs across all T20 cricket in 2020, including scoring 312 runs in the Pakistan Super League. The right-hander will turn 41 during the T20 World Cup and if he can maintain his current form, he could ride off into the international sunset having helped his country to their second short-form World Cup title, 12 years after they won their first.

Sky Sports’ live cricket coverage continues on Sunday with day one of the second Test between South Africa and Sri Lanka in Johannesburg. Watch from 7.55am on Sky Sports Cricket.

England return to Test action in Sri Lanka from Thursday, January 14. Watch the first Test from Galle live on Sky Sports Cricket from 4am.