Space Raiders and Hula Hoops crisps have remained lunchbox staples throughout the years – but their latest release could see them also become a must-have on dinner plates.

KP Snacks has sparked a frenzy with the announcement that two of their most popular crisps brands will be available as frozen potato treats that fans can cook in the oven.

The crisps, which can be baked in the oven for 15 to 20 minutes, will be available at Iceland and Food Warehouse for £1.50.

Social media users have taken to Instagram gushing about the ‘tasty’ food, with many admitting they will be joining the crowds searching for the potatoes during their next visit to the UK supermarket. 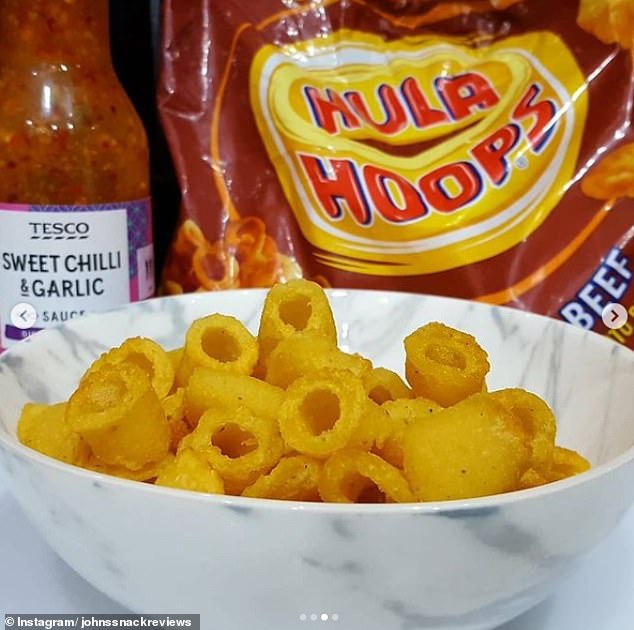 KP Snacks has introduced a range of Hula Hoops and Space Raiders that can be oven cooked  for £1.50 at Iceland and Food Warehouse

Frozen Hula Hoops were previously sold by Iceland alongside McCoy’s, however by 2013 the potato shapes were discontinued.

David Lennox who is Head of Product Development at Iceland, explained: ‘The KP Snacks addition to our frozen food section is a really exciting one.

‘We are always working closely with suppliers to create new and exciting products we know our customers will love and this is one we believe will temp crisp and chip lovers alike.’

Foodie John’s Snack Reviews racked up over 1,000 likes on his Instagram post announcing the release and his thoughts on the BBQ Beef flavour Hula Hoops

Social media users have taken to Instagram to share their thoughts on the release, with foodie John’s Snack Reviews racking up over 1,000 likes on his post.

‘They smell exactly like beef Hula Hoops crisps. Have a nice fluffy potato taste and a nice crispy skin. Good portion and makes a nice snack.’ 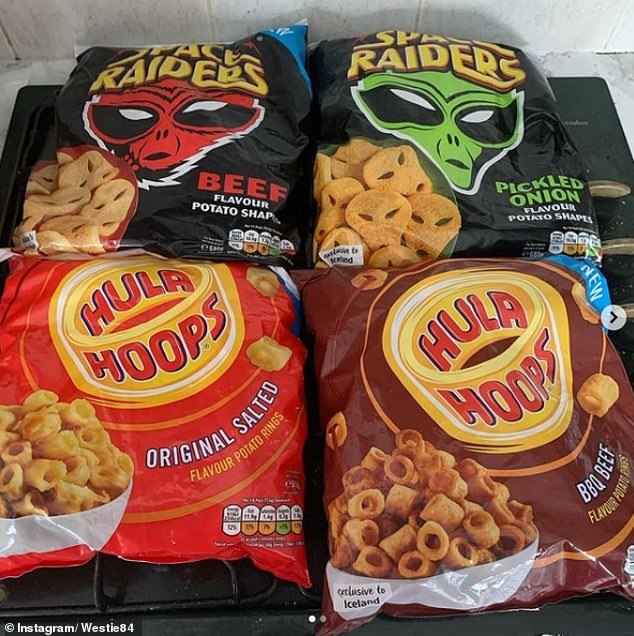 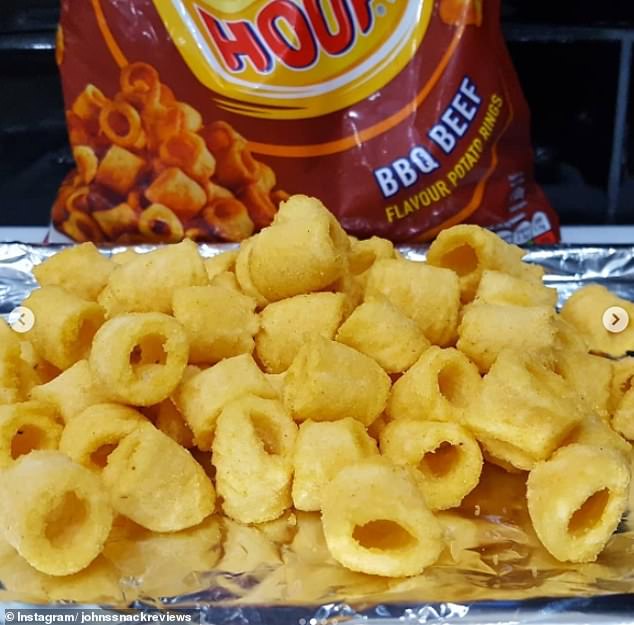 Foodie John’s Snack Reviews rated the potatoes 8.5 out of 10 and said they were ‘nice and fluffy’

Eager to try, one person commented: ‘They look pretty tasty! Better than I thought

One added: ‘Looks sooo good,’ while a third wrote: ‘I can’t figure out if I want to shove these in my gob or run away.’

Tagging a friend, another added: ‘Did you know this was a thing? Definitely gonna have to try these.’

Foodies went wild over the snack online, with many saying they couldn’t wait to try the tasty potato treat