‘Cruel Summer’s Allius Barnes Reveals Vince Will Always Be Team Jeanette: He’ll ‘Stick By Her Side’

Jeanette will always have Vince in her corner. ‘Cruel Summer’ star Allius Barnes spoke EXCLUSIVELY with HL about Vince’s loyalty to Jeanette, the ‘fallout’ between Vince and Ben, and more.

Tuesdays are now officially Cruel Summer days. Freeform’s newest hit is back with a new episode on May 4. HollywoodLife got EXCLUSIVE scoop from Allius Barnes about what’s next after that jaw-dropping final scene between Vince and Jeanette in episode 3.

The episode gave a glimpse into Vince and Ben’s secret relationship and how it falls apart in just one year. Allius also explained why Vince is firmly on Team Jeanette and why he’ll always “stick by her side.” Read our full Q&A below: 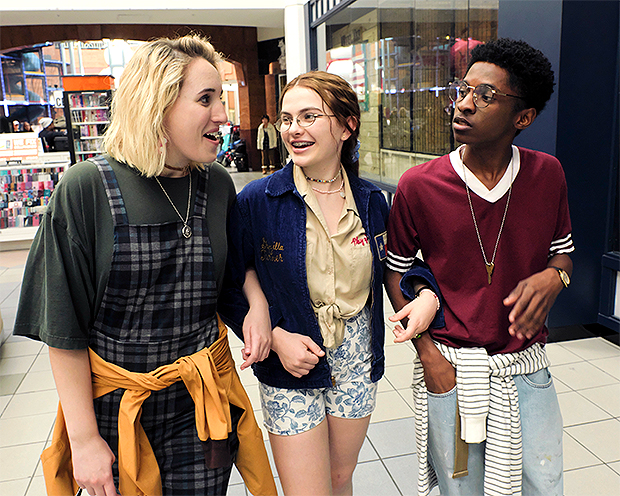 In the past episode, we learned a lot about Vince. Specifically, that Vince and Ben were once together in the year 1994. Without giving too much away, will we see more of that specific relationship?
Allius Barnes: Yes, you will. So like you said, we got to see them together, and I guess you’re sort of wondering how they got there. As things start to unfold throughout the series and new things pop up, you’ll see how we basically got there and what led them to even be in that position to be that comfortable with each other. There are some beautiful moments. You’ll see how they connect just on a deeper level. They have a lot more in common than they think they do.

In the year 1995, they’re no longer together. Since we’ll see the beginnings of the relationship, will we see the fallout?
Allius Barnes: Yes, you will definitely see the fallout. I will say this, to be a gay, Black teenage boy in Texas in the ’90s is definitely a huge deal. Black or white, to be a gay boy in Texas in the 90s… I’m sure it was a big deal, period. I think that has a lot to do with just the fears of what if people knew about this. There are things that happen that sort of push them away from each other.

Vince went out of his way to protect Jeanette in 1995. Why do you think he did that despite their falling out?
Allius Barnes: It’s all he knows how to do is to be loyal. It’s in his DNA. I just think it’s how he was raised. He’s being raised by his grandparents. He has a lot of wisdom. He’s such an old soul. I think sticking by his friend’s side, I think he has a deeper understanding of what’s going on. I don’t think he really holds judgment. Honestly, I don’t think Vince holds judgment on either of the two girls. I think he just wants it all to be over with. But more importantly, when it comes to defending his friend, I think it’s no question. Whether or not she got herself in that situation, I think he just understands that people make certain decisions, and we don’t always know where those choices are going to lead us to. She’s like his sister. Without question, he’s going to defend her whether you think she’s lying or not.

Is there any doubt in Vince’s mind that Jeanette is innocent?
Allius Barnes: I really can’t say because I feel like later in the season, there are things that are said or moments that happen where you kind of get glimpses of whether Vince thinks she’s lying or not and kind of see it written on his face. I think I’ll say that for people to watch later in the season, but you just never know. I think whether he thinks she’s lying or not, again, you know, he’s going to stick by her side. You know, he would make a really great lawyer.

At the end of last week’s episode, there’s that moment when Vince and Jeanette are both in Martin Harris’s house. What do you think he’s thinking in that moment when he confronts Janette, who has once again found her way into that house?
Allius Barnes: I think he’s just concerned for her mental health. Jeanette has just sort of shut herself out from everyone, including Vince. Although he’s very persistent and trying to check up on her and make sure she’s not destroying herself. He’s calling her and trying to make her aware that Jamie’s outside of her house. He’s calling to say happy birthday, although she’s sort of pushing him away. When he follows her into that basement, I think it’s more of an internal wake-up call. She might be a little bit crazy. But more than anything, I just think he wants to understand her more than he wants to form some sort of opinion around why she’s there. I think he just wants to understand what she’s doing and find ways that he can help. How do you help a friend without feeling like you’re attacking or judging or trying to control them with someone like Jeanette? She’s the last person you want to feel like you’re telling them what to do or trying to invade their privacy and stuff. I think he’s walking on eggshells when he sees her down there because he’s freaking out. I think he just wants to reassure her that he just wants to know what’s going on and he’s got her back. 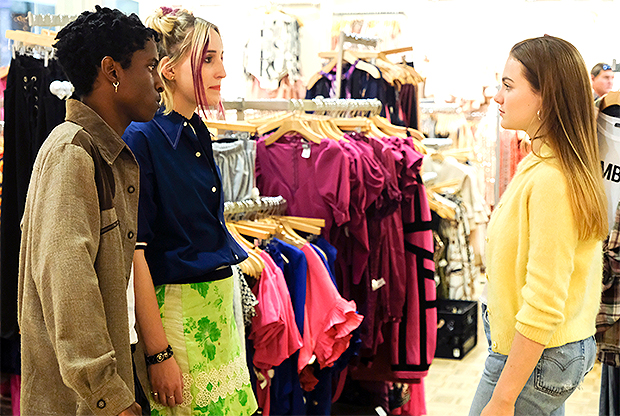 Jamie punched Jeanette in the face after Kate was rescued. What do you think Vince thinks of Jamie?
Allius Barnes: I think he definitely hates Jamie, which is interesting because they have their moment later on in the season where he sort of confronts Jamie. It’s such a great moment. I’m looking forward to the audience seeing it because it’s a moment I feel like Jamie recognizes what he’s doing. As much as Jamie wants forgiveness, I think Vince gives him the message like, ‘Dude, you’re being creepy. You need to allow people to process things and have their space as much as you want to right you’re wrong.’ There’s a beautiful moment like that later in the season. But as far as now, Vince thinks that Jamie is up to no good. He doesn’t have a clue what he’s thinking. I think that scares him even more. I’d like to think that before Vince even discovered things about himself, it’s the childhood best friend. Maybe in some world, he was probably in love with Jeanette in some sort of way, but that love grew into just the most diehard friendship he had. In my mind, I feel like with Jeanette and Vince, if they never found someone to properly love them in a relationship, they’ll probably just marry each other as like best friends, honestly.

We see that Mallory ends up becoming friends with Kate. Do you think that the trio of Jeanette, Mallory, and Vince, could ever get back to what they were?
Allius Barnes: With a show like this, everything is up in the air. Things are changing all the time. Friend groups and dynamics and stuff like that are shifting constantly. So I think it’s a possibility. Whether or not you see it now or later or whatever it may be, I do think that you will have those moments where they’re all together again in some way, shape, or form. But fingers crossed. I hope so. They’re really great friends, honestly. Every time I see them on screen together, you know that’s a good friend group right there.

We haven’t seen Vince and Mallory that much in 1995. Do you think Vince is totally Team Jeanette? If he had to choose between one of them, do you think he would choose Jeanette?
Allius Barnes: I would think he would choose Jeanette at this point. No matter how much Jeanette’s going through, they still have their moments where they connect. He’d choose Jeanette because no one really knows this thing about Vince, but I think at some point with Vince protecting Jeanette, you might see Jeanette protect Vince. You never know. But I think with that being said, all friend groups have favorites within each other, and they’re definitely the two who have known each other longer. There’s always like that middle person, and I think that Jeanette is definitely the bridge between Mallory and Vince. Mallory could have just hated Jeanette, and then also hated Kate, but she chose to take the side of the girl who wants to destroy Jeanette’s life. That’s the worst thing you can do. If you can walk away from a friend, don’t walk away and then go and join forces with the opposite team. Be neutral, man.