EVER meet someone you like but can't read the signs, leaving you unsure if they're into you or not?

Well, to avoid any awkward situations, a dating expert has revealed the five signs to look for – and why it’s good news if they keep looking down. 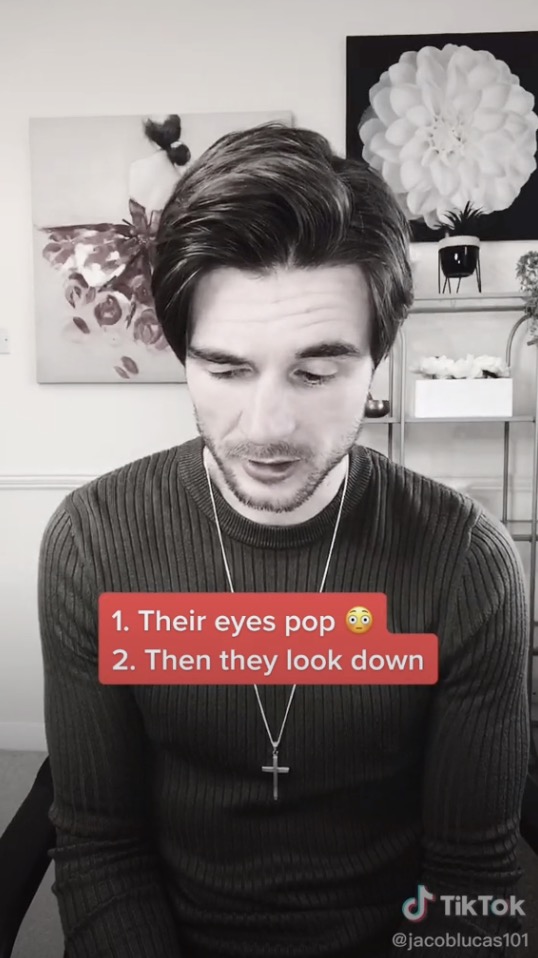 A TikTok dating coach revealed the cues you should notice on the person you like to see if they are attracted to you as well.

Taking to the social media platform, Jacob Lucas claimed that it's all in the eyes, the hands, and the way they hug you.

Jacob claims that when the person that likes you looks at you for the first time as you get together, their eyes might pop before they look down.

"When a person's eyes pop when they see you, it means you've grabbed their attention," he explained.

"But when they look down straight after is because they're accessing their feelings about you and having an inner dialogue with themselves about how attractive they find you." 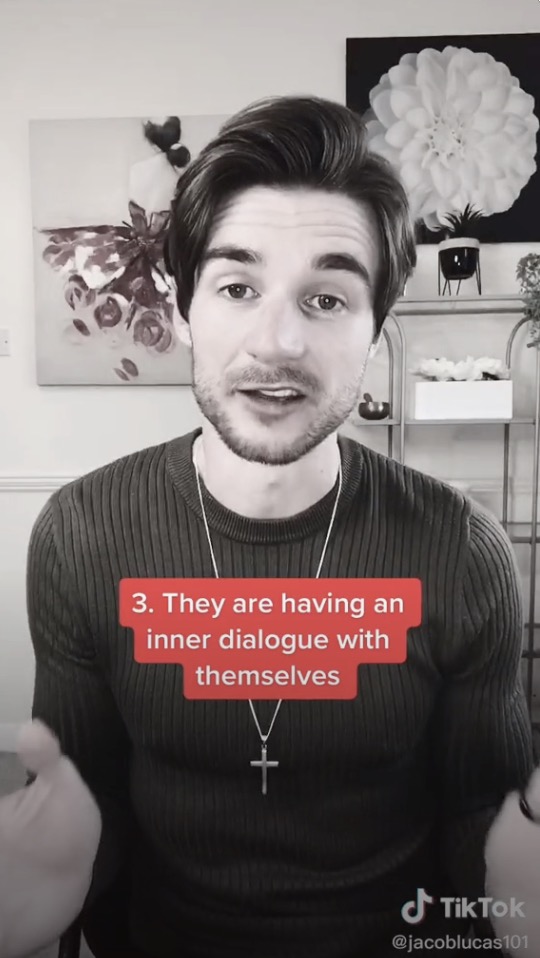 In another video, Jacob claimed that someone who is attracted to you will try to get you as close as possible when they hug you.

"At the end of the hug, they will slide their hands down to your lower back and squeeze you closer to them," he reveled.

They will also expect you to squeeze them back, hoping to see if you feel the same way. 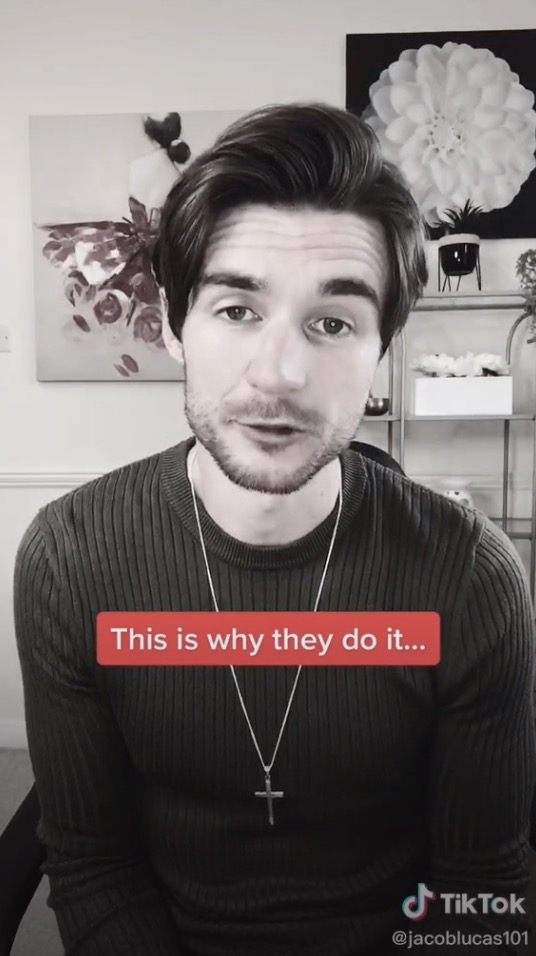 "They shake your hand and then they maintain eye contact and they pause," he revealed.

He explained that someone would do this because they want to keep as much physical contact with you as possible. 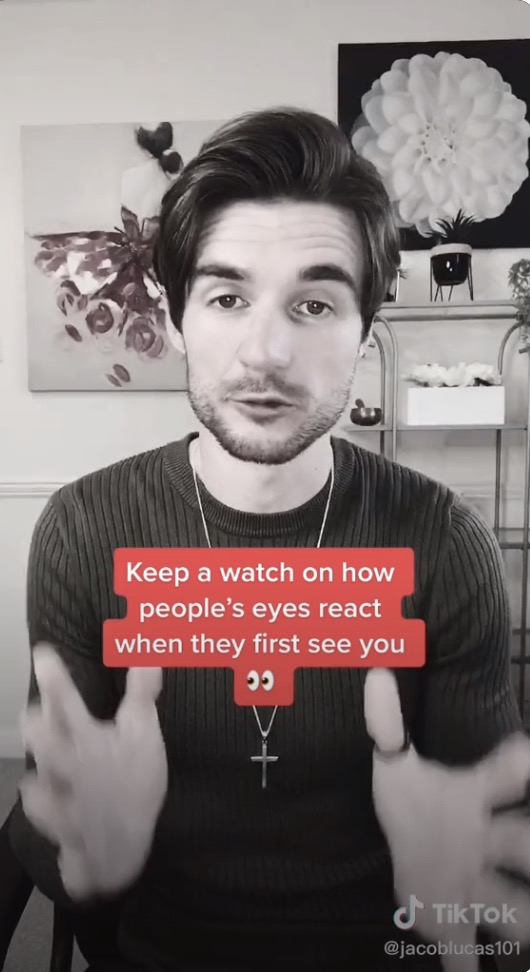 Circling back to his point, Jacob explained that someone who likes you will look at you for the time time and their eyes will pop.

They then will pull back with their shoulders and look around nervously because they feel awkward.

"They don't know what to do with themselves," he added. 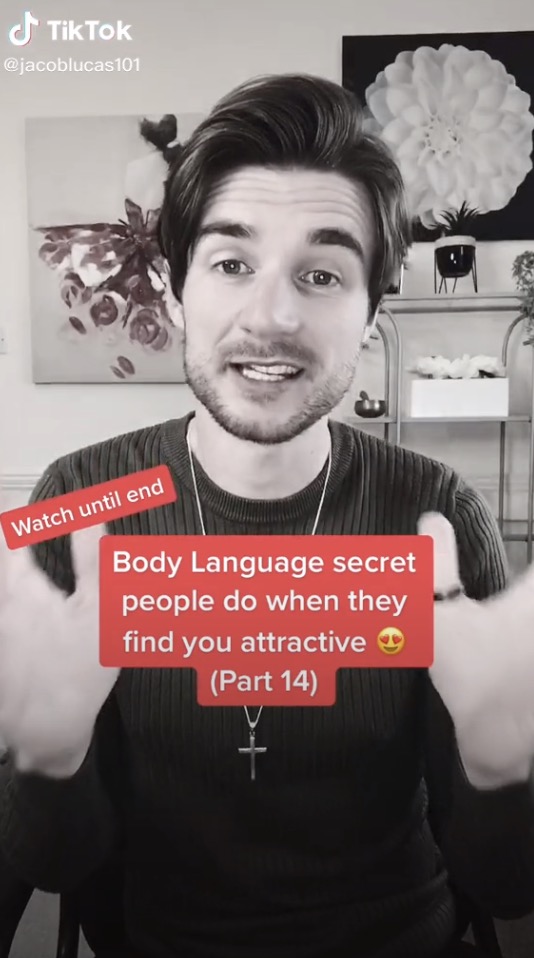 In this very odd and subconscious move, Jacob claimed that when someone likes, they'll tilt their head to the side and back, exposing their neck.

"In a subconscious level, they are being submissive to you because the neck is a very vulnerable spot of the body so if somebody is exposing it to you, it means they feel comfortable, they trust you, and they like you," he explained.