David Geffen and his megayacht Rising Sun are still at large

David Geffen has gotten back in his neighbor’s good graces, thanks to some big bucks.

The media mogul — who was sued by other residents of his posh Fifth Avenue co-op after moving in in 2012 — is now popular around the building after agreeing to pay the lion’s share of the cost to renovate the lobby, Page Six has learned.

“It was wonderful of David,” said one insider. “He said he wanted to do it because he wanted the renovations to be a certain way.”

The music mogul paid close to half of the costs after deciding that the entryway wasn’t on the same level of quality as the $55 million penthouse that he owns.

“I spent a fortune on a penthouse that has a s–t looking lobby,” the mogul reportedly groused, according to one insider.

A building resident told Page Six that in addition to Geffen’s large portion of the renovation costs, another shareholder paid a smaller amount while the rest of the tenants saved a bundle by only having to pay for the remainder.

“Word has it that [Geffen] has spent millions of his own money to renovate the lobby because it wasn’t up to his standards aesthetically and otherwise,” an insider told Page Six.

The source said the 79-year-old record magnate “personally oversaw” the renovations at 785 Fifth Avenue, which is known among Manhattan’s upper crust as the Park Cinq, and overlooks Central Park and the Plaza Hotel. 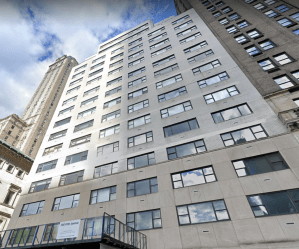 One resident explained that there was a renovation committee and “everyone had to agree on the renovations before they were started.”

With the job complete, the lobby has a minimalist, chic look that the building resident described as “breathtaking.”

Geffen’s largesse smoothed over some frosty vibes at the luxury building. Several years ago some of the residents took Geffen to court.

After shelling out $54 million for the penthouse nine years ago, he was sued by fellow residents, who claimed a “gut” renovation he did to his new digs did $2 million in damage to their own units. His insurance eventually sued the contractors over the work.

The ritzy co-op has also been home to Russian billionaire Eugene Shvidler, infamous for parking his mega yacht in front of the Statue of Liberty, blocking views. Other people who have lived there include fellow media magnate Robert A. Daly, and shipping tycoon Daniel K. Ludwig.

Geffen’s Fifth Avenue address isn’t the only Manhattan building that has been the beneficiary of his largess.

He also donated one hundred million dollars to Lincoln Center, which renamed Avery Fisher Hall to David Geffen Hall in 2015 in his honor.

Last year during the pandemic, however, Geffen’s fabulous wealth — which he built, in part, by producing records such as Nirvana’s legendary “Nevermind” — got him in trouble online.

The Dreamworks co-founder found himself in social media hot water when he posted a photo of his mega-yacht “Rising Sun,” in the Grenadines at the height of business closures and stay at home orders.

“I hope everybody is staying safe,” he wrote next to the image.

Critics howled that the post was tone-deaf and elitist. 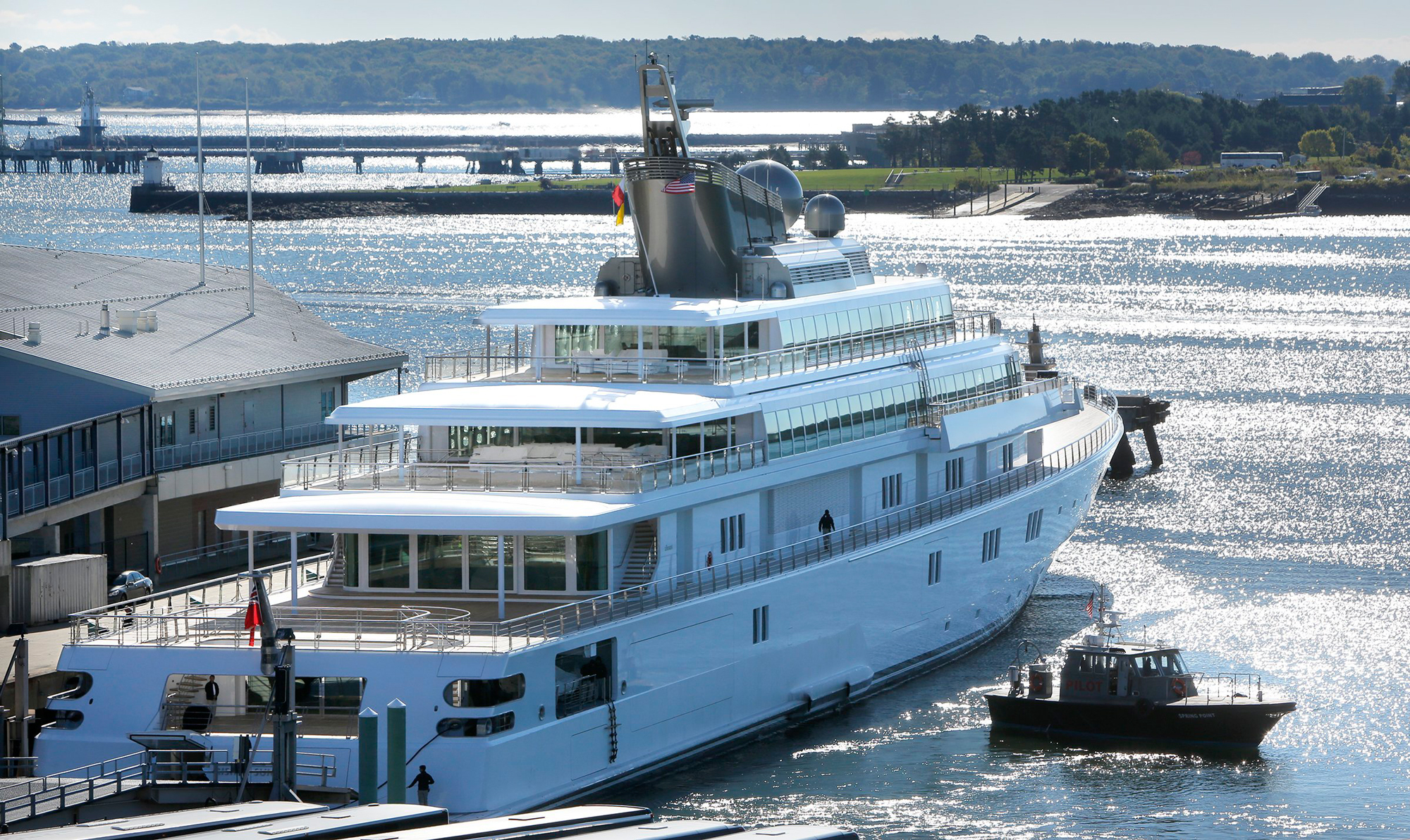 Geffen recently found himself in the news again due to his association with now-disgraced Broadway producer Scott Rudin, who has been accused of being abusive in the workplace.

He, Rudin, and fellow-macher Barry Diller were the producers behind the Broadway revival of “West Side Story.”

Mega-lawyer Bert Fields, who reps the business tycoon, did not reply for comment and neither did the building’s management.