DEBORAH ROSS: Did ANY BBC documentary makers not go to Oxbridge?

Sue Perkins: Along The US-Mexico Border

Louis Theroux: Life On The Edge

The Romantics And Us With Simon Schama

Everyone is always having a go at the BBC for one reason or another, yet I’m rarely among them as there’s so much that’s great: I May Destroy You; that elephant on Blue Peter (still); no ad breaks where women get hyper-excited about yoghurt. But I wonder if there is something up with the people it deems fit to present documentaries. 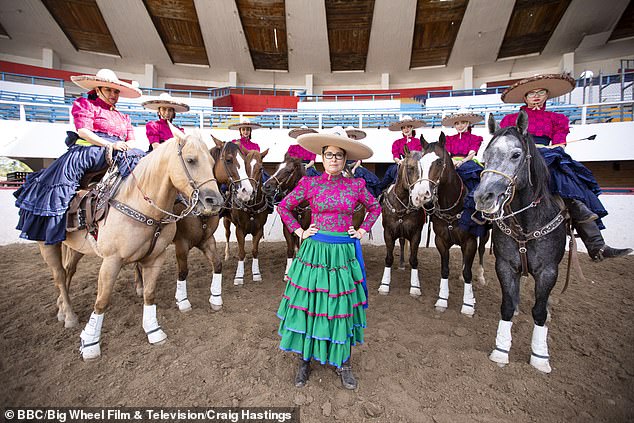 Sue Perkins in Along The US-Mexico Border. Perkins is obviously warm, kind and intelligent, and she does humanise issues. But you still sometimes wanted to throttle her

I can’t quite put my finger on what is going on, or say whether it began under the regime of the recently departed director general, Tony Hall (Oxford University), or whether it will continue under his replacement Tim Davie (Cambridge), or whether it has to do with a certain type of education and like recognising like and no one else getting a look in. Perhaps it will become clear as we go along.

This week there were three new BBC documentaries, including Sue Perkins: Along The US-Mexico Border, as fronted by Perkins (Cambridge University), who travelled the length of the border wall. It is actually a wall (covered in vicious razor wire) in some places but is a ‘virtual barrier’ in others, monitored by sensors and other surveillance equipment. (We weren’t actually told that. I looked it up, having wondered why people didn’t simply cross where there didn’t seem to be any physical obstruction. Why weren’t we told?)

We’ve heard a lot about this border, especially since Trump, but don’t properly understand what goes on there, so I was properly interested to know. Perkins started in Tijuana, drinking tequila shots with her guide, having breakfast with his family, visiting a shelter where she met a Honduran mother with three small children, one of whom had to be hospitalised and rehydrated on arrival as they’d run out of provisions on their journey. What was she fleeing from? How did she flee? What were her expectations of America should she be granted asylum? These questions were never asked.

Perkins is obviously warm, kind and intelligent, and she does humanise issues. That trip to ‘Friendship Park’, where families separated by the border can touch fingertips through the mesh fencing, was unbelievably upsetting. But you still sometimes wanted to throttle her. Format-wise, this didn’t reinvent the wheel. You basically stick stuff in front of the presenter, they say something, and then we all move on. So across the two nights that’s what we got, as she visited a Mexican town wholly devoted to dentistry (it’s where Americans go for cut-price treatment) and met a Texan cattle rancher who, living a mile from the wall, has 500,000 people a year crossing his land, and yet more families are so cruelly separated. Perkins said the wall failed everybody – ‘How many times do we have to put these things up to realise it’s not the way’ – and I’m with her on that, but it’s an incredibly complex issue and this, alas, was only ever travelogue-lite.

On to Louis Theroux (Oxford!) and Louis Theroux: Life On The Edge, which wasn’t in fact new, as it was only new-ish, if that. It was, essentially, a clip show as he returned to his first TV series, Weird Weekends, sometimes catching up with the people he’d interviewed (via Zoom) but mostly not. Still, he did catch up with those American twin girls whose mother had formed them into a Nazi pop group, complete with salutes and who, in their spare time, played a computer game called ‘ethnic cleansing’ where ‘we get to shoot blacks and Mexicans’. They were ten at the time and now completely disown that life. ‘We didn’t understand fully… those girls are so separate from what we are now.’ But it was brief, and he didn’t ask what this meant for their relationship with their mother, which did seem an omission.

Theroux said at the outset: ‘I’m trying to figure out what I’ve learnt about life and also myself.’ But we didn’t learn much about him either, except that his house is very nice (it was filmed at home) and he cooks oven chips and peas for his kids. So we did discover that, at least.

Last, The Romantics And Us With Simon Schama, who walked pensively though Paris, or pensively leafed through books, or pensively considered works of art – if there is one thing Schama can do well it’s pensive. All the while telling us that the modern world as we know it began 200 years ago with the French Revolution and Romantics such as Delacroix, Blake, Shelley and Mary Wollstonecraft, who believed creativity was paramount, as was people power. 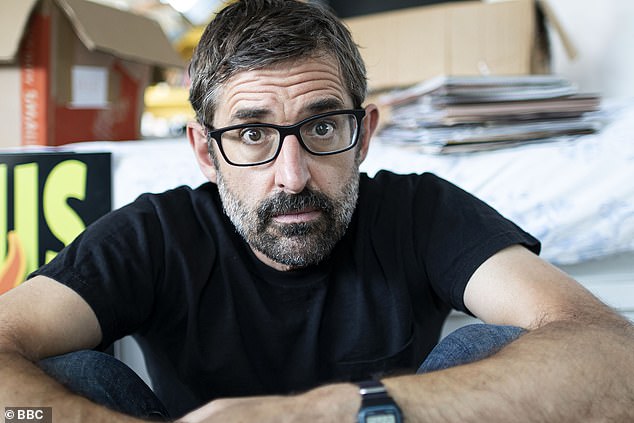 Louis Theroux. Theroux said at the outset: ‘I’m trying to figure out what I’ve learnt about life and also myself.’ But we didn’t learn much about him either

‘If you’ve ever been on a march you’ve experienced one of the things the Romantics brought into the world… everyone could take to the streets to fight for freedom and justice,’ he said, before pensively joining a march. But wasn’t the Peasants’ Revolt, which happened 400 years earlier, all about people power? So I was confused, didn’t quite get his thesis, and couldn’t get excited about any of it. But perhaps I failed it rather than it failed me, which is how, in these instances, I often feel, as I’m not very well educated. That said, neither is Schama.