Home » Lifestyle » Dinosaurs in the UK: Britain’s first pterodactyl remains found on the Isle of Wight

Dinosaurs in the UK: Britain’s first pterodactyl remains found on the Isle of Wight

A fossil hunter on the Isle of Wight discovered a strange fragment which he had never encountered before. Confused by the fossil he discovered on the beach of Sandown, he passed it on to palaeontologists at the University of Portsmouth. It was there that the experts discovered it was the jaw bone of a pterodactyl – the flying lizard with a wingspan of up to six metres, more than three average adult men standing on top of each other.

Pterodactyls, which died out around 148 million years ago, are more commonly found in China and Brazil, and the discovery of this winged-beast is the first of its kind to be found on British shores.

Megan Jacobs of the University of Portsmouth said: “Although only a fragment of jaw, it has all the characteristic of a tapejarid jaw, including numerous tiny little holes that held minute sensory organs for detecting their food, and a downturned, finely pointed beak.

“Complete examples from Brazil and China show that they had large head crests, with the crest sometime being twice as big as the skull.

“The crests were probably used in sexual display and may have been brightly coloured.” 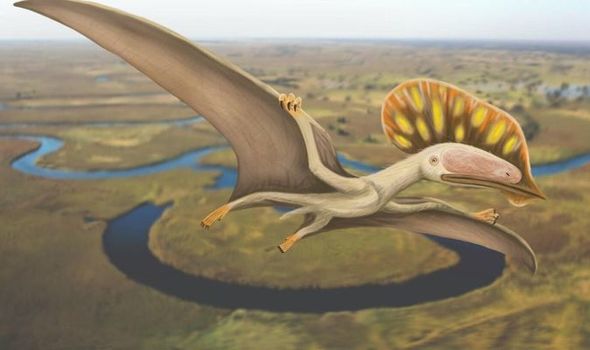 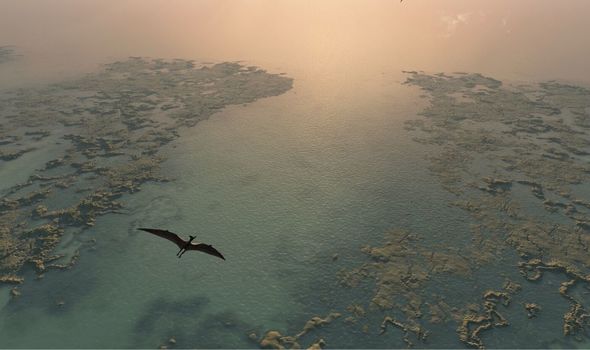 Co-author of the study Professor David Martill, a palaeontologist from the University of Portsmouth, added: “This new species adds to the diversity of dinosaurs and other prehistoric reptiles found on the Island, which is now one of the most important places for Cretaceous dinosaurs in the world.”

The large animals were not actually dinosaurs, rather a flying reptile.

One of the main differences between reptiles and dinosaurs is that the latter tends to hold their limbs beneath their head – think tyrannosaurus rex – whereas reptiles have their limbs on a level with their head, such as a crocodile.

Although several dino-era remains have been found in the UK, researchers have recently pinpointed the dinosaur hotspot.

The Sahara Desert is not home to many animals anymore, but once upon a time it was teeming with deadly beasts, fossils have revealed. 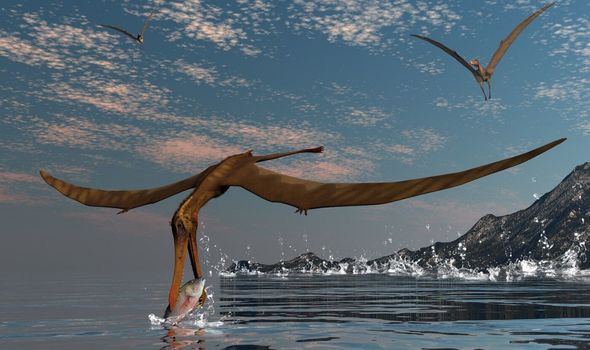 New analysis has shown that the desert in Africa was once more like a rainforest, packed full of large-bodied carnivores in an ecosystem which is unlike anything that exists today.

Palaeontologists have been studying the Kem Kem beds – a fossil-rich area in the Sahara – and discovered the plethora of large beasts which once dominated the region.

Among the deadly beasts which lived in the then Sahara rainforest 100 million years ago were bone-crushing crocodiles, 26-foot long raptors called the Deltadromeus, and the sabre-toothed Carcharodontosaurus – a 26-foot long relative of the tyrannosaurus rex.

All of these beasts fed on each other and as well as giant fish in the rivers which flowed through the region.