Jake, a three-year-old Border Collie, was discovered under a pile of rocks by rescuers in November 2020. Hillwalkers found the dog in the Highlands after hearing his fearful cries from beneath the stones, which had been used to conceal him in a “deliberate” act of animal cruelty.

By the time Jake made it to the vets, he was in a coma due to the trauma of what happened.

He was heavily injured, including multiple skull fractures and the loss of sight in on eye.

After having surgery on his knee, he spent Christmas with SSPCA inspector Mark Greener.

Staff at the charity were horrified at the condition of the pooch, who needed six weeks of intensive treatment. 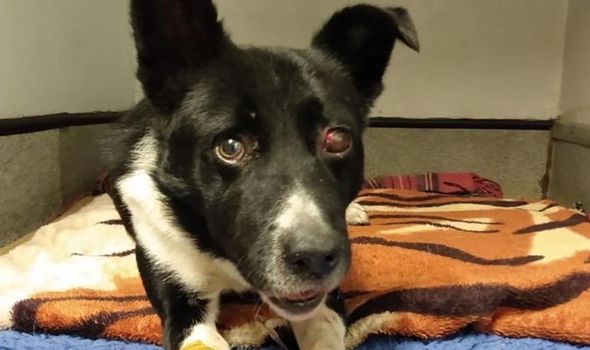 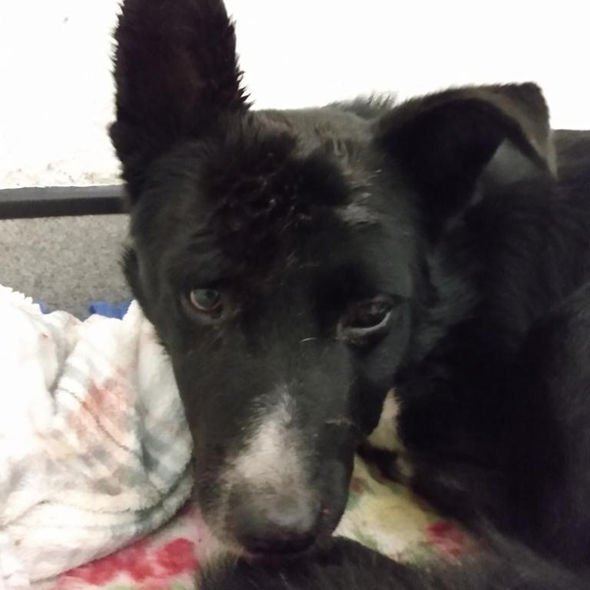 Yvonne Sloss, a colleague of Mr Greener’s who was present when Jake was found, said: “This was truly one of the worst cases I have ever experienced.

“When I first saw Jake I felt shock, sadness and disbelief that someone had deliberately done this to him.

“His head was so swollen and he was in a terrible way. We didn’t think there was any way he would make it.

“He was in a comatose state when we arrived at the vet where he received emergency treatment. Miraculously, Jake survived the night. 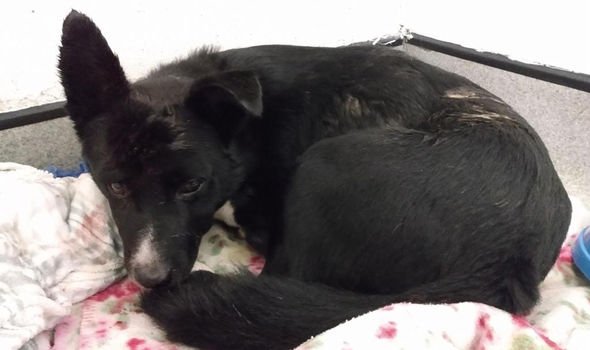 “It was only when he was transferred to our Glasgow vet clinic that we found out how bad it actually was.

“Poor Jake was in need of a lot of care to help him recover both mentally and physically.”

After rescuing Jake and spending the festive season with him, Mr Greener has now decided to foster the dog.

Mr Greener said: “When Jake came home with me, he was still incredibly fragile. His fractures hadn’t completely healed and he was unable to close his jaw. 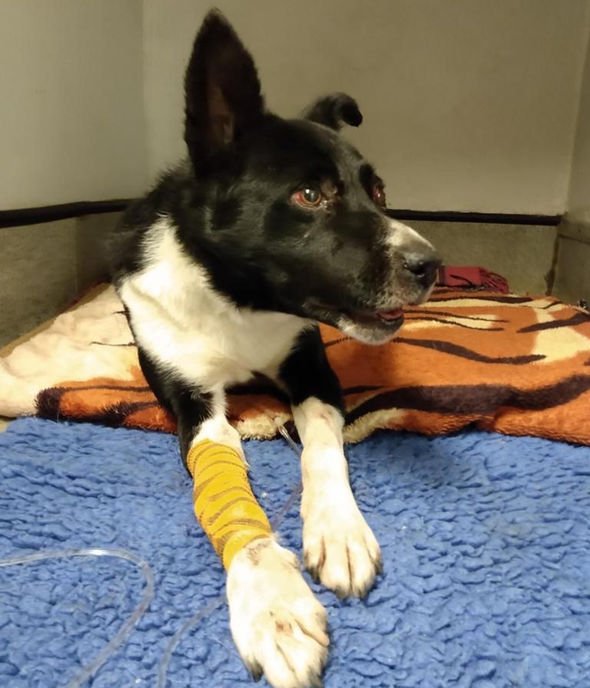 “Jake required specialist care and it took time for him to come round and really heal. It took him a while to trust me but now that he does, we’re bonded forever.

“We are always outside and Jake loves to play. I really couldn’t imagine life without him now. I’m so thankful to the passers-by who found Jake. Without them he may not have survived that day.

“But it’s also thanks to members of the public and Scottish SPCA supporters that Jake was able to be rescued and rehabilitated. We are only able to function due to funding from donations.

“These services which helped Jake to recover from his ordeal wouldn’t be here without the generosity of the public.

“I’m sure his experience still stays with him and always will but now he’s with me, we are doing all we can to make it a distant memory.”